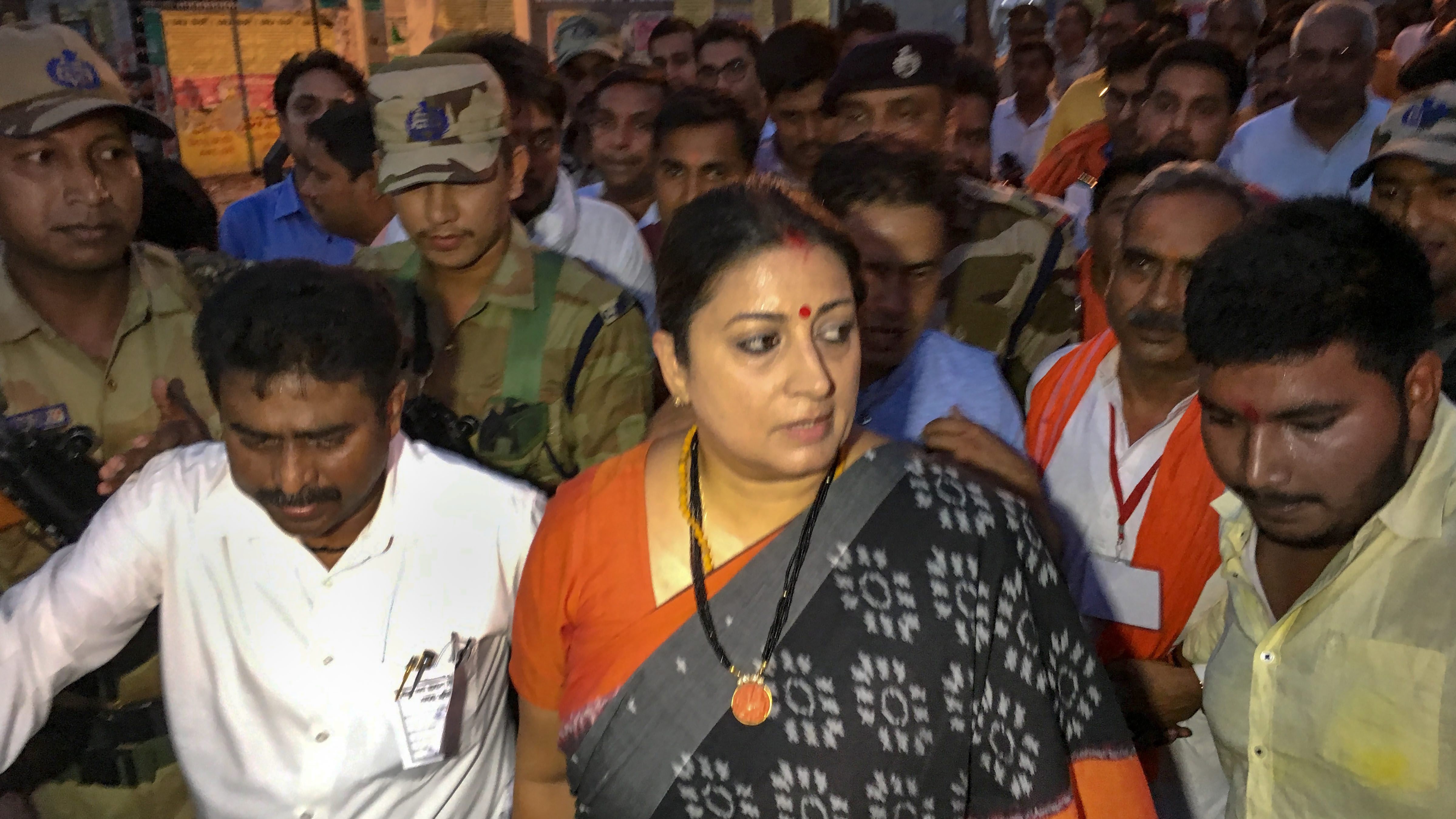 A close aide of Smriti Irani, the newly elected MP from Amethi Lok Sabha constituency in Uttar Pradesh, was shot dead by two men, with police not ruling out the possibility of it being a 'political murder'.

Surendra Singh (50), a former head of Baraulia village, was shot at around 11.30 pm on Saturday, said additional superintendent of police Daya Ram. He added tha Singh was referred to a Lucknow hospital but succumbed to his wounds during treatment.

Two suspects have been detained for questioning, police said.

Baraulia was in the news during the election campaign after Congress general secretary Priyanka Gandhi Vadra accused Irani of distributing shoes to the village residents in order to insult Rahul Gandhi, the BJP leader's main opponent in the constituency.

The BJP convenor of Amethi Lok Sabha seat Rajesh Agrahari told PTI, 'Surendra Singh was a popular and active grassroots level leader, and a close aide of MP Smriti Irani. He and other party leaders were actively involved in distribution of shoes.'

Amethi's superintendent of police Rajesh Kumar said, 'The incident cannot be ruled out to be a political murder. All aspects are being probed. There can be old enmity as well.'

Amethi, story of a defeat foretold