Asked if he would offer to resign as party president, he said: 'The Congress Working Committee will decide' 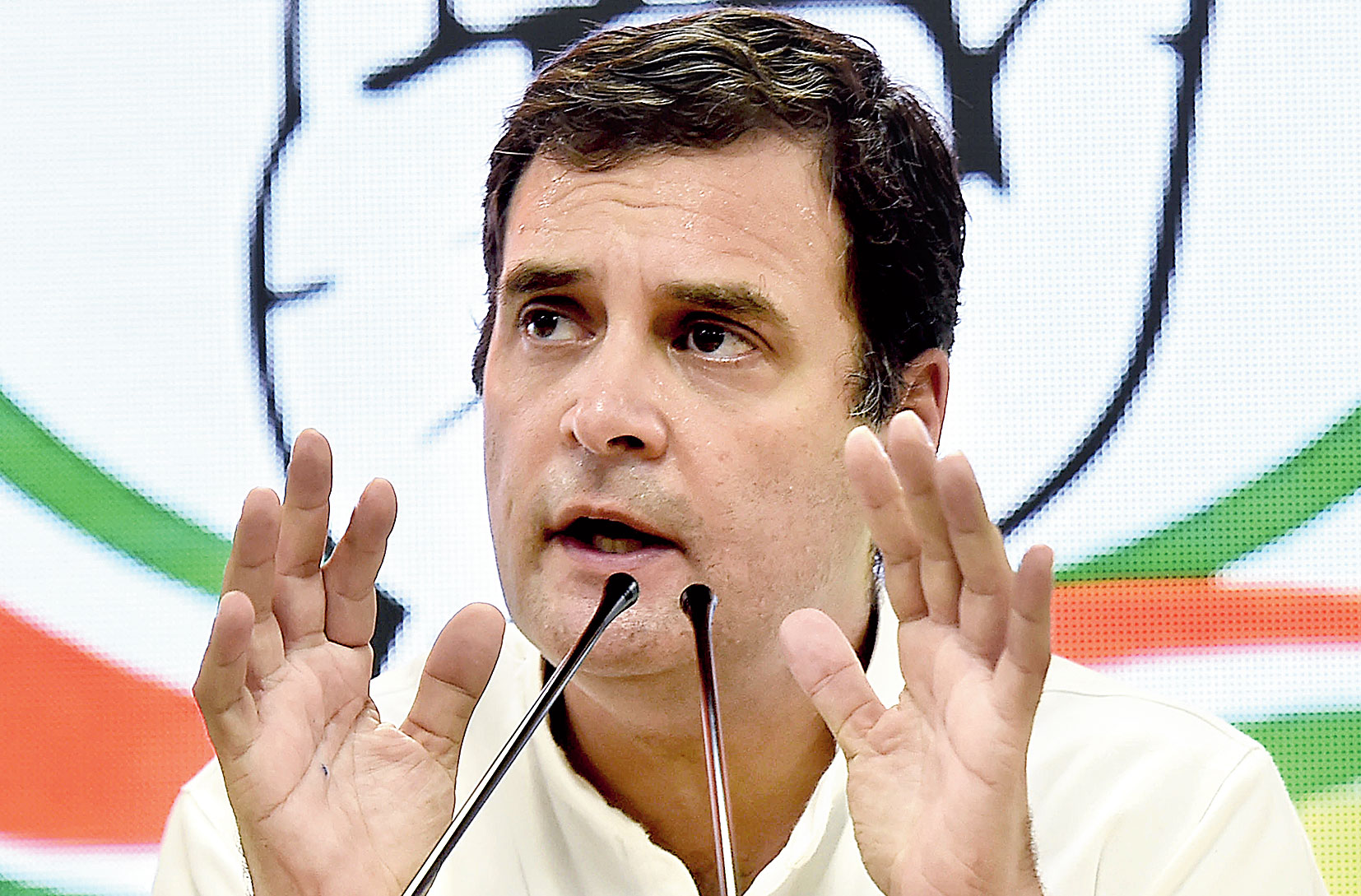 Congress president Rahul Gandhi on Thursday congratulated Prime Minister Narendra Modi for his victory and declared he would obey the people’s order to sit in the Opposition. He avoided making any critical comments.

“I said during the campaign, ‘Janata malik hai (The people are the boss)’,” Rahul told a news conference around 5.30pm.

“They have clearly given their decision. It is their order, their directive. I will follow that. I congratulate Modiji. Wish him all the best.”

Asked if he would offer to resign as party president, he said: “The Congress Working Committee will decide.”

Grilled further, he said: “Leave it between me and the CWC.”

His office denied rumours that he had informally offered to step down.

Congress leaders are shocked at the outcome but few of them blame Rahul. He is bound to offer his resignation to the CWC but it will not be accepted.

However, many in the Congress think Rahul had promoted the wrong people and inexperienced people, and would be forced to drastically restructure the organisation. Although most of the senior leaders were involved in the electoral process, the presence of some greenhorns had caused heartburn.

Rahul refused to analyse the results straightaway, saying: “Today is the day of the results. I don’t want to colour the decision of the people.”

Asked whether the Congress had failed to deal with the BJP’s campaign around nationalism and other emotive subjects, he said: “Today is not the day to go into the details of the mandate. The people have given their decision and I fully respect that. There will be enough time to talk about other issues.”

Expressing gratitude to the Congress workers, he said: “They fought valiantly. It is an ideological battle. There are two thoughts, two different visions. Modiji has won today but we will work hard to ensure our ideology wins.”

He added: “There are a lot of people who believe in the Congress ideology. I want to tell them, ‘Don’t panic. Ghabrao mat.”

He reiterated that whatever was said about him, he would respond with love.

Rahul, who was accompanied by senior leader Ahmed Patel and two of his close aides -– Randeep Surjewala and K.C. Venugopal --– thanked the media for playing its role in the election.

Priyanka Gandhi Vadra, the Congress general secretary in charge of eastern Uttar Pradesh where the party got washed out, stood in the corner quietly watching the news conference.