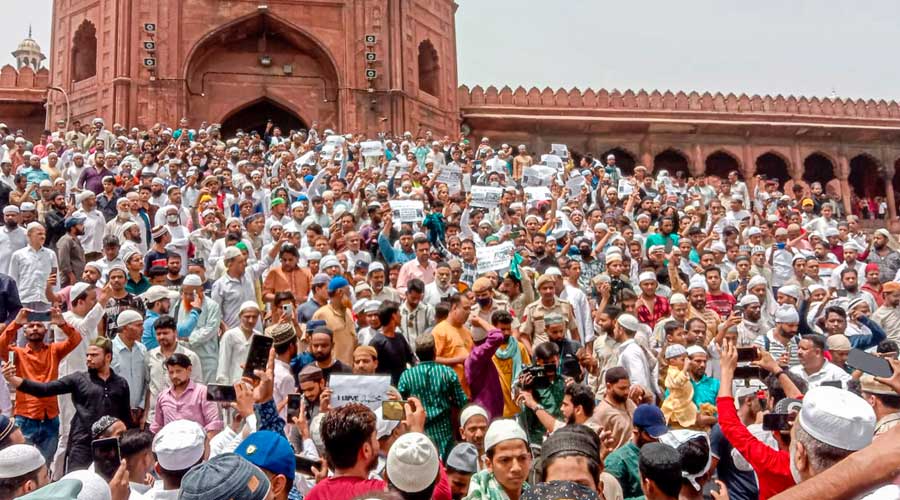 Bajrang Dal activists on Thursday staged a protest at district headquarters here chanting Hanuman Chalisa and demanding the slapping of the stringent NSA against Muslim clerics who are "provoking violence".

The National Security Act (NSA) allows preventive detention of an individual for months if the authorities feel that the individual is a threat to the national security, and law and order.

The Hindu outfit activists handed over a memorandum addressed to the President to the SDM (Sadar) Vinay singh and held a sit-in chanting Hanuman Chalisa.

Bajrang Dal convener Neeraj Singh Bajrangi said the NSA must be invoked against Muslim clerics and secular leaders who are spitting venom in their speeches and they must be expelled from the district.

"During the Hanuman Jaynti Yatra, stones were thrown from the mosques in various cities of the country. All Muslim outfits spreading hate and provoking people to violence must be banned," he said.

After Friday prayers, people coming out from mosques should also be monitored so that they do not spread communal violence, he said.

Security was stepped up ahead of Friday prayers, Senior Superintendent of Police Muniraj G said.