Hotels & restaurants can host guests, but up to half their capacity 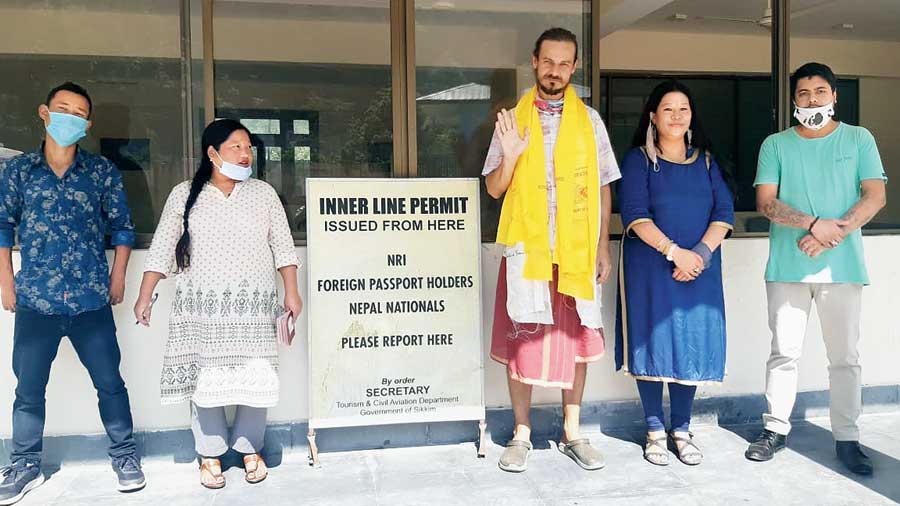 Scenic Sikkim welcomed tourists on Saturday after a gap of seven months after Covid-induced curbs on entry of visitors to check the spread of the infection in the tiny Himalayan state.

Official data on the number of tourist arrivals was not available, but tourists — both domestic and foreign — entered Sikkim by road and a few by air.

Air travel was made possible thanks to the resumption of the helicopter service between Gangtok and Bagdogra coinciding with Unlock 1.

According to the guidelines issued by the Sikkim state tourism department, all domestic tourists and foreigners residing in India would be allowed to visit the state in the first phase of resumption.

But tourists must first register themselves on the department’s portal and stay in only registered hotels and other accommodation units.

However, some tourists had already entered Sikkim in the past few days without registration. A group of four friends from Bihar said they had gone to Sikkim for two days of sightseeing.

Asked about the punitive measures to be taken against tourists entering the state without registration, a senior official in the tourism department said action would be initiated against those hotels and accommodation units found entertaining such guests. “Hotels and other accommodations are expected to follow the standard operating procedures (SOPs),” said the official.

The SOPs have also asked hotels and other units to limit guests at 50 per cent of their capacity to enforce social distance norms.

The 50 per cent cap has also been imposed on restaurants and tourist cabs.