During harvesting, the suspension of phone connections prevented contact with traders and transporters 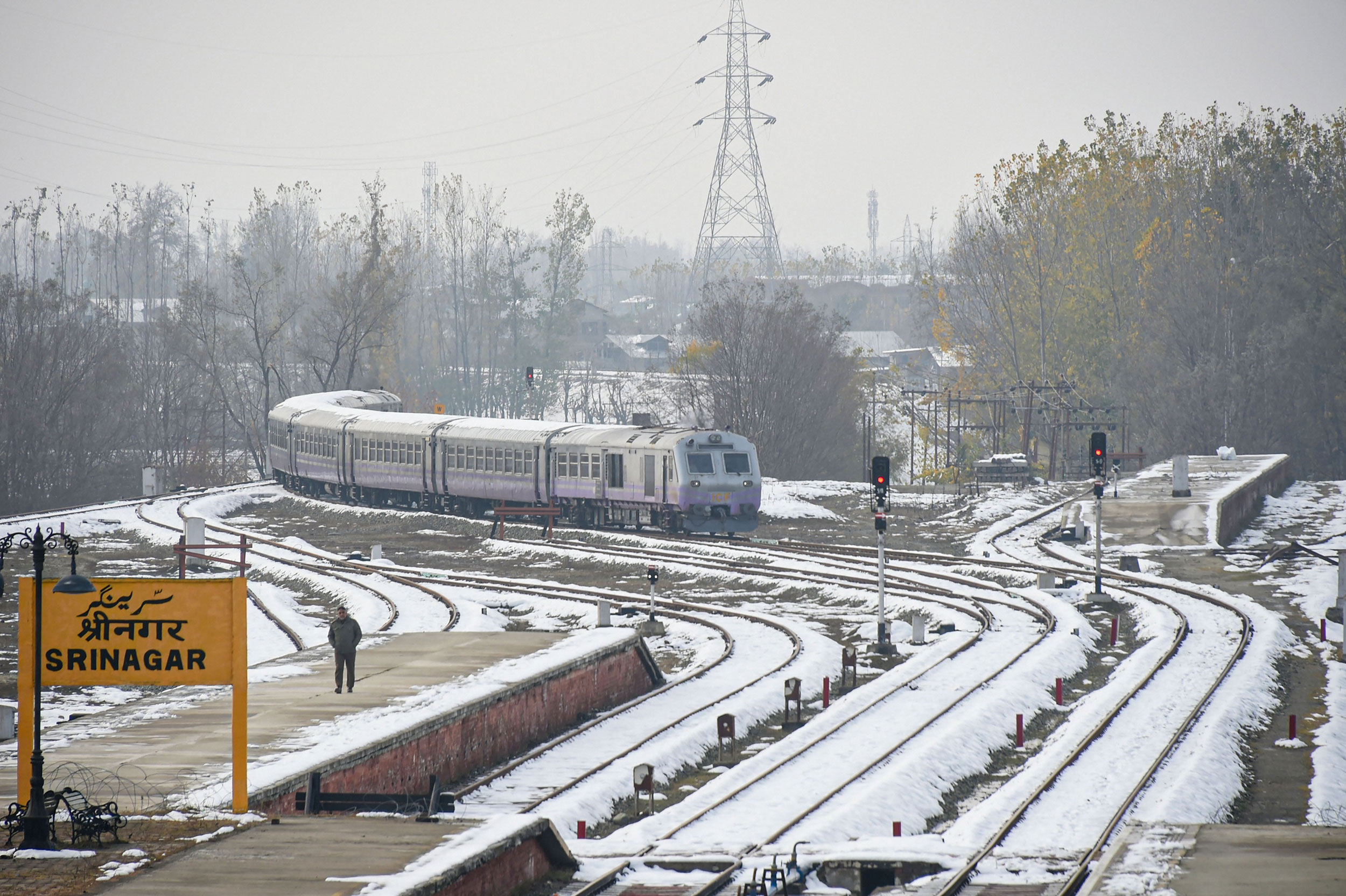 A delegation of farmers’ organisations that visited the Kashmir valley last week found horticulture in ruins since the removal of Jammu and Kashmir’s special status and urged the Centre to declare the out-of-season snowfall as a national calamity.

“The farmers of Kashmir had never thought of suicide; now they are (so thinking),” All India Kisan Sangharsh Coordination Committee convener V.M. Singh said at a news conference here on Saturday.

The seven-member team travelled to Srinagar, Budgam, Ganderbal, Pampore, Pulwama, Kulgam and Anantnag, where it visited orchards and met farmers and trade bodies from November 13 to 15.

Among the group’s main findings are that fruits like “pear, cherry and grapes which were harvested in August were stranded due to complete shutdown in the Valley and could not be marketed, leading to near total loss for the farmers”.

During harvesting, the suspension of phone connections prevented contact with traders and transporters.

“Farmers could not bring apples to the procurement markets since trucks were not allowed to go to the villages and farmers were forced to bring their produce to the highways,” the team said in a statement.

“(The) transport cost almost doubled due to prevailing security threat and unavailability of trucks. Frequent transport blockades and closure of highways resulted in further delays and loss of quantity and quality of apples during transportation.”

Yadav said: “The National Agricultural Cooperative Marketing Federation of India (Nafed) has procured 0.1 per cent of the estimated produce (1.36 lakh boxes out of more than 11 crore boxes). The farmers have complaints that the Nafed procurement had a disruptive effect since it (Nafed) has sold apples in wholesale markets at lower prices, (which) brought down the wholesale apple prices.”

He told The Telegraph: “My guesstimate is that fruit and saffron farmers in the Valley have lost at least Rs 2,000-3,000 crore in these months alone. The farmers’ estimate is much higher (70 per cent of the estimated Rs 10,000-crore apple crop, and almost the entire saffron crop). The early heavy snowfall has destroyed apple trees that take 15 years to (bear) fruit. Even with grafting, the trees that are saved cannot (bear) fruit for the next two to three years. An informed person estimated a drop of about 50 per cent in production in the next few years.”

The delegation said the members had found no signs of the revenue department having surveyed the damage anywhere.

“Surveys are usually done immediately after a crop is destroyed. In (Kashmir), however, the government is simply issuing estimates. Farmers have not received any compensation and their crops are not covered under any insurance scheme of the government,” Shetti said.

The Kisan Sangharsh Coordination Committee has demanded that the apple crisis in the Valley be declared a natural calamity, making the farmers eligible to receive compensation from the National Disaster Response Fund for short and long-term losses.

It has also demanded an immediate and comprehensive field survey and relief for saffron, pear, grape and cherry growers as well as the sheep breeders, whose market was disrupted by the shutdown.

The organisation has further sought loan waivers for the affected farmers and the rescheduling of loans for fruit growers as well as the disbursal of interest-free loans to them.

Shetti said the group would try to facilitate meetings between Kashmiri farmers and central government officials this month.