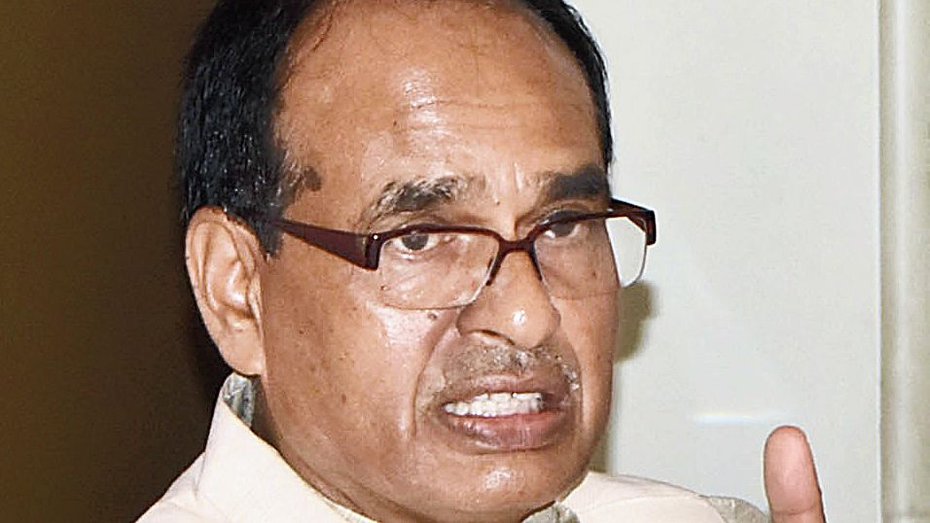 No member of the Opposition Congress was present in the House.

As the special session of the state Assembly began, Chouhan moved a one-line proposal to seek trust of the House, which was endorsed by members through the voice vote.

Senior BJP MLA Jagdish Devda, one of the members of the Speaker's panel, was on the chair of Speaker.

There are four independent MLAs in the state, but two of them were absent during the floor test.

The House unanimously passed the trust vote of the Shivraj Singh Chouhan-led government.

Later, Devda adjourned the House till 11am on March 27.

In the morning, the BJP issued whip to its MLAs to support the trust vote.

Earlier, Kamal Nath resigned as chief minister of the state last week after his government lost majority following the resignation of 22 Congress MLAs.

Chouhan, 61, is now back as Madhya Pradesh chief minister for a record fourth term.

After winning the trust vote, Chouhan took a dim view of the absence of Congress MLAs in the Assembly.

'It is undemocratic on part of the Congress that its members remained absent from the House,' he told reporters.

The BJP government should have sought the trust vote after byelections in 24 Assembly seats lying vacant, the former state minister said.

Chouhan was sworn in as chief minister by Governor Lalji Tandon in a simple ceremony at Raj Bhawan on Monday night.

In the 230-member Assembly, the BJP has 107 legislators. The Congress' strength has reduced to 92 following the resignations of 22 of its MLAs.

At present, 24 seats are lying vacant, reducing the strength of the House to 206. Hence, the majority mark is also reduced to 104.