Advertisement
Home / India / Sena backs Kanhaiya, says he is not pro-Afzal or azaadi

Sena backs Kanhaiya, says he is not pro-Afzal or azaadi

Party points out that BJP had allied with Mehbooba, whose party sees Afzal as martyr 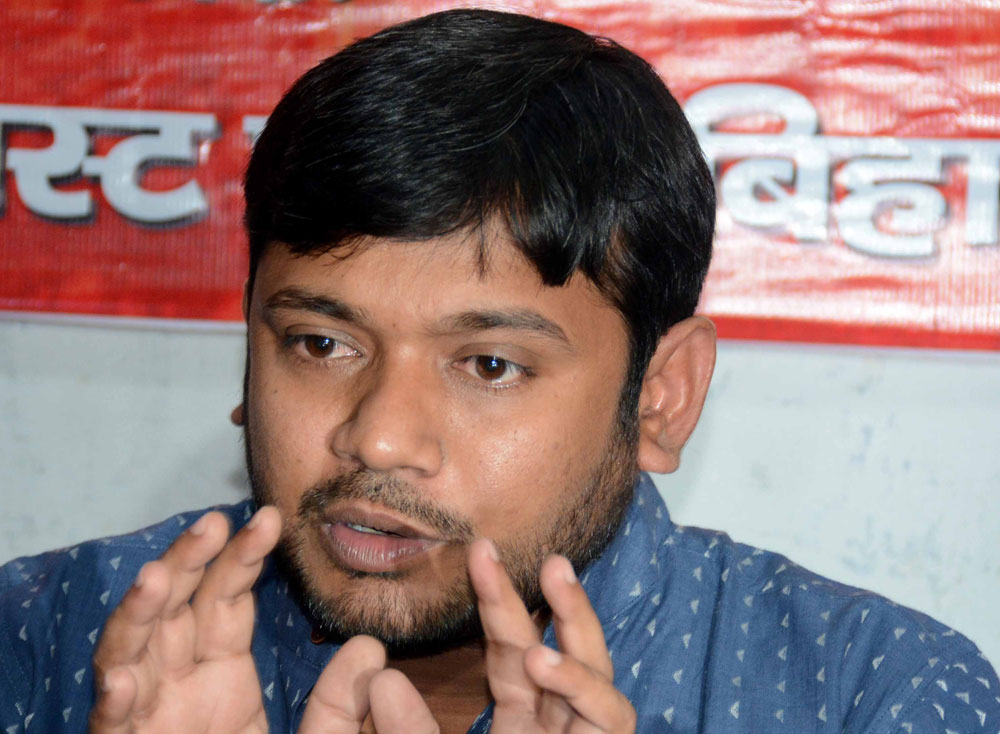 The Shiv Sena has warned ally BJP against trying to extract political mileage from the chargesheet against former student leader Kanhaiya Kumar in a sedition case, reminding the big brother of its recent alliance in Kashmir with Mehbooba Mufti’s Peoples Democratic Party.

An editorial in Sena mouthpiece Saamana questioned the BJP’s “moral right… to condemn Kanhaiya” for praising Afzal Guru when the PDP considered the hanged 2001 Parliament attack convict a martyr.

The BJP has since withdrawn its support to Mehbooba, leading to her resignation as chief minister and governor’s rule in Jammu and Kashmir.

“Kanhaiya Kumar speaks well. He represents the harried and unemployed youth and cannot give slogans hailing Afzal Guru or independence for Kashmir,” the editorial said.

“What moral right does the BJP have to condemn Kanhaiya? They committed a sin by joining forces with the PDP, which considers Afzal Guru a martyr. The BJP should not try to gain political mileage out of the chargesheet.”

Kanhaiya, a former JNU student union president and now a member of the CPI national council, and two other student leaders had been arrested for chanting seditious slogans in early 2016 following a campus event to commemorate the third anniversary of Afzal’s execution. Delhi police on Monday filed the chargesheet in the case.

A Sena leader justified the editorial, saying it had always been the party’s stand on the controversy.

“Soon after the JNU controversy, our party chief Uddhav Thackeray had publicly said that branding Kanhaiya as anti-national was wrong. This is nothing new,” the leader said.

“The BJP must explain what took the police so long to file the chargesheet and why months before the Lok Sabha polls. It is well known that Kanhaiya could be a candidate (in the election) and they have filed the chargesheet now to harass him.”

In April 2016, around two months after the student leader’s arrest, Uddhav had told party workers in Nashik it was “wrong to brand Kanhaiya as anti-national and slap a sedition case against him”.

“He is not anti-national,” Uddhav had said.

Wednesday’s fresh salvo from the Sena, the BJP’s oldest ally but extremely critical of late, has come amid tough public posturing by both ahead of the upcoming parliamentary elections.

The Sena and the BJP had fought the 2014 Lok Sabha elections together but broke off their decades-old alliance before the Maharashtra Assembly polls later that year.

The Sena had later joined the state government, led by the BJP’s Devendra Fadnavis, but has been bitterly critical of the Narendra Modi regime at the Centre.

Now, months before the general election, seat-share talks between the two are yet to start. BJP national chief Amit Shah and Sena boss Uddhav Thackeray have even told party workers in public to prepare to fight the polls alone.

Insiders in both camps, however, said the two would contest together as the Congress and Sharad Pawar’s NCP were on their way towards formalising a deal.