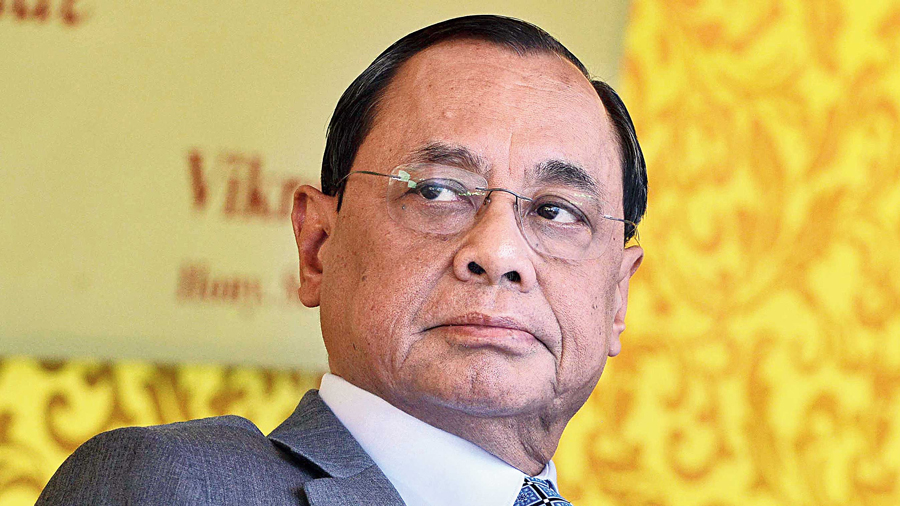 The Supreme Court on Friday refused to entertain a plea seeking setting up of a three-judge panel to inquire into the conduct of former Chief Justice of India Ranjan Gogoi as a judge of the apex court.

A bench headed by Justice Arun Mishra termed as infructuous the public interest litigation (PIL), and said the petitioner did not press for a hearing in last two years and moreover, now Justice (retd) Gogoi has already demitted office.

Why did not you (petitioner) press it for hearing in the last two years? This plea has become infructuous as he has demitted office, the bench, also comprising Justices B R Gavai and Krishna Murari, said.

Sorry we can't entertain, the bench told petitioner Arun Ramchandra Hublikar, who had sought inquiry into the alleged omission and commission by Justice (retd) Gogoi as a judge of the apex court.

The petitioner claimed before the bench that he had met the secretary general of the top court for listing of his plea but it was not listed.

Justice Gogoi, the first person from the northeast to reach the top of judiciary and credited for bringing the curtains down on the decades old politically and religiously sensitive Ayodhya land dispute, had retired as the CJI on November 17 last year.