RSS has no control over BJP govt at Centre: Mohan Bhagwat 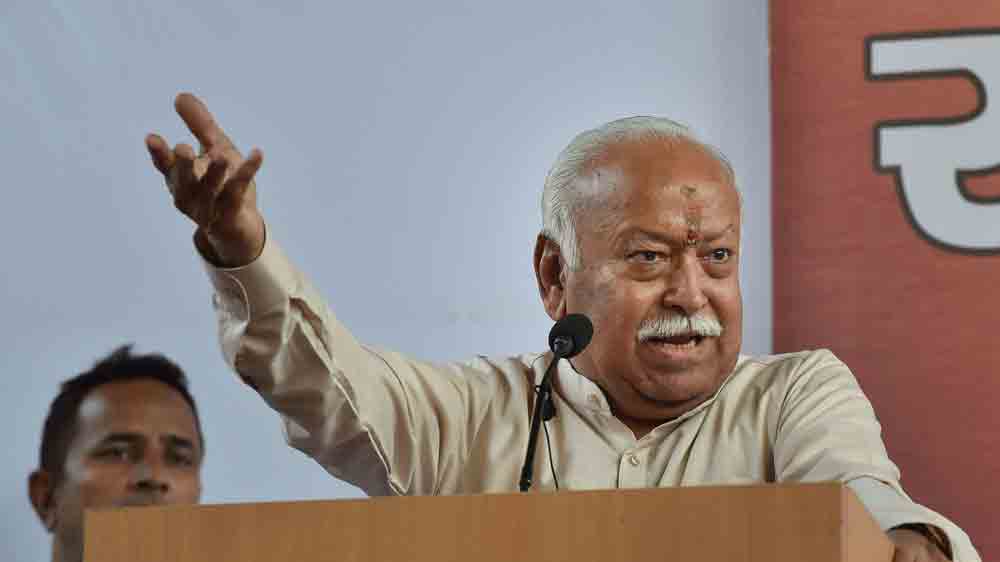 "They have different executives, different policies, different working methods. Thoughts and culture are of the Sangh and that is effective. The main people are working there (in the government), they belong to the Sangh and will remain so. There is only such relation and nothing like the media says 'Direct Remote Control', no such control," he emphasised," he was quoted by ndtv.com.

Bhagwat said this addressing an event of ex-servicemen in Dharamshala.

He also expressed his condolences on the death of the Chief of Defence Staff (CDS) General Bipin Rawat, his wife Madhulika Rawat and 12 armed forces personnel who died in the chopper crash in Tamil Nadu's Coonoor.

Elaborating on the achievements of the Sangh, he added, "Governments were against us. There has always been opposition. The Sangh has been running for 96 years by overcoming all obstacles and since so many volunteers are getting ready so they will not keep quiet or sit idle. Wherever there is a need to work in society, they are always available. The works done by the swayamsevaks prove that they do not just run the Parliament, they take the people of the society with them, they are independent and autonomous."

Bhagwat also underlined the fact that, "the DNA of all the people of India from 40,000 years ago is the same as that of the people of today. The ancestors of all of us are one, because of those ancestors our country flourished, our culture continued."