Nagmani's resignation follows his removal as the party's executive president 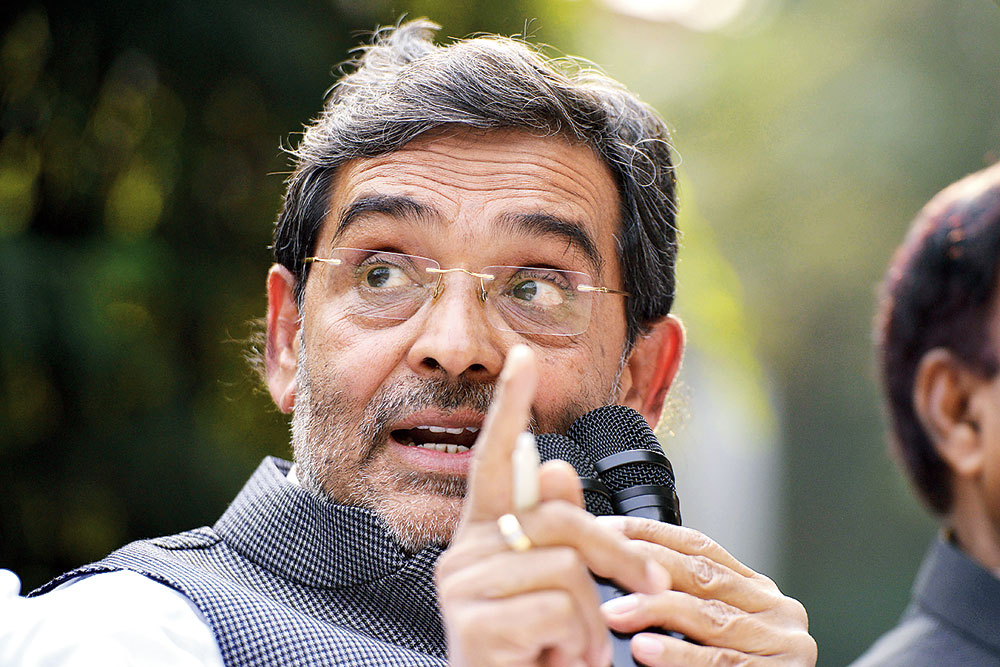 He also sought forgiveness from the public for joining hands with the former Union minister, who had quit the National Democratic Alliance (NDA) in December last year to join the Grand Alliance.

Nagmani’s resignation followed his removal as RLSP executive president on Friday after he shared the dais with Bihar chief minister Nitish Kumar and praised the Janata Dal United (JDU) leader. Nagmani was also sent a showcause notice for indulging in anti-party activities.

“Upendra has lost track in his lust to become the chief minister of Bihar. He just uses people for his selfish interests and then abandons them. I did nothing against the party. There is nothing wrong in sharing the dais with chief minister Nitish Kumar, but then Upendra harbours animosity against him,” Nagmani said.

Alleging that Kushwaha was selling tickets for the Lok Sabha polls, Nagmani said he will remain active but refused to reveal his future steps, especially if he was mulling the option to join Nitish’s JDU. So far, Nagmani, son of eminent socialist leader Jagdeo Prasad, has changed his political affiliations 12 times in his over three-decade political career.

Reacting to Nagmani’s resignation, RLSP general secretary Satyanand Dangi said: “He was demanding tickets in the Lok Sabha polls for himself and his wife. He was constantly mounting pressure on us. However, Upendraji refused to do so and he resigned.”