Restrictions reimposed in several parts of Kashmir over Muharram processions 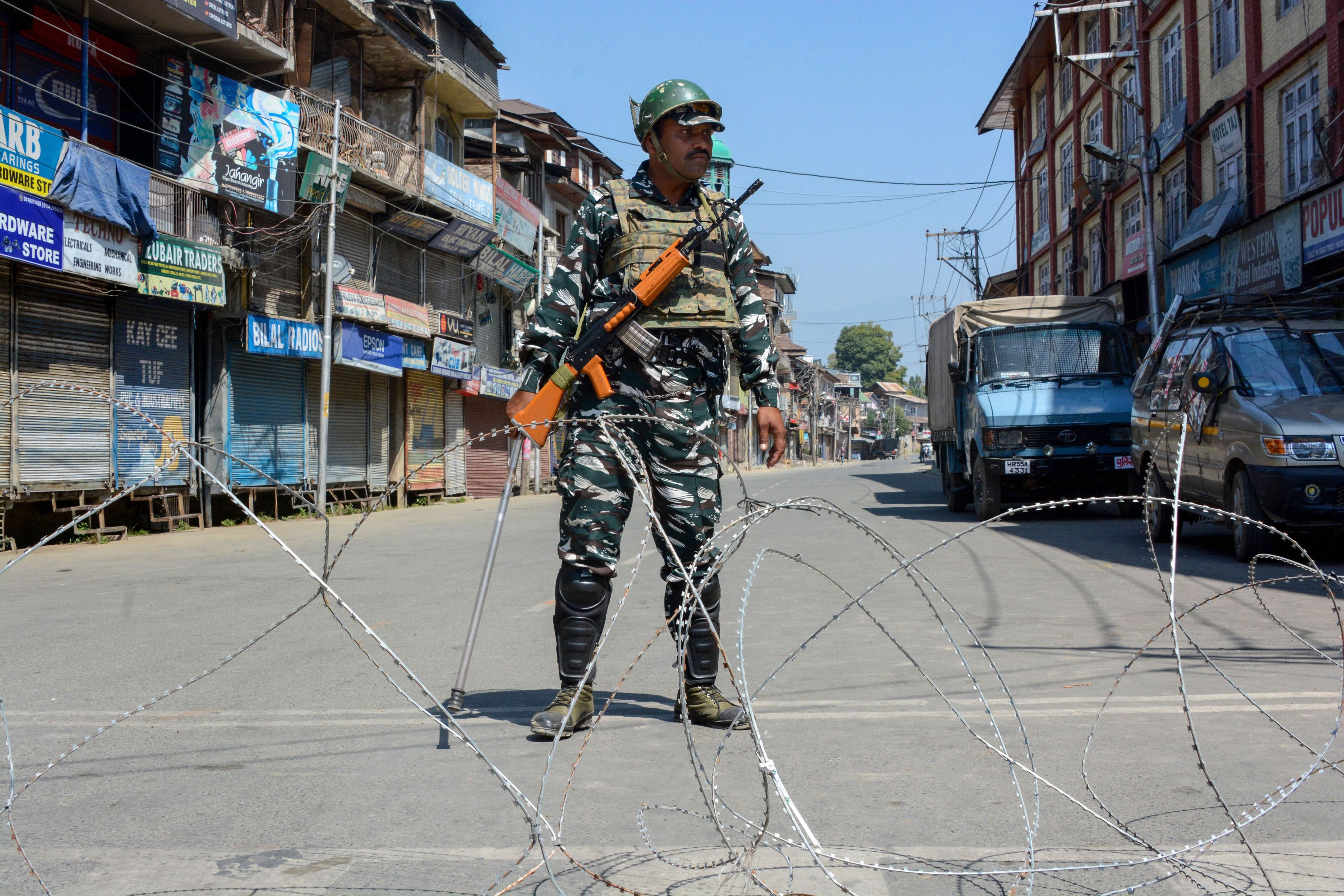 Curfew-like restrictions were reimposed on Tuesday in several parts of Kashmir, including the city, to foil any plans on taking out Muharram processions in the Valley as authorities apprehend that large congregations might lead to violence.

Commercial hub of Lal Chowk and adjoining areas were completely sealed off by placing concertina wires at all entry points where large number of security force personnel were also deployed, officials said.

Restrictions have been in several parts of Kashmir as a precautionary measure for maintaining law and order in the Valley, they said.

The officials did not cite any reasons for reimposing restrictions, but it is believed that the step was taken to prevent Muharram processions in the city and elsewhere in the Valley. The processions stand banned in Kashmir since 1990 when armed insurgency began.

Muharram is considered as one of the sacred months of the Islamic lunar calendar. The battle of Karbala, in which the grandson of the Prophet, Hazrat Imam Hussain, had attained martyrdom is said to have taken place in the seventh century.

Restrictions were first imposed across Kashmir on August 5 when the Centre announced its decision to abrogate provisions of Article 370 and bifurcate the state into two union territories. The restrictions were lifted in phases from many parts of the Valley as the situation improved with the passage of time.

The authorities have been imposing restrictions in vulnerable areas of the Valley every Friday, apprehending that vested interests might exploit the large gatherings at big mosques and shrines to fuel protests.

Meanwhile, normal life remained severely affected in Kashmir due to shutdown in the Valley, which entered 37th day on Tuesday.

Markets and other business establishments were closed while public transport was off the roads across the Valley, the officials said.

Most of the top-level and second-rung separatist politicians have been taken into preventive custody, while mainstream leaders, including three former chief ministers – Farooq Abdullah, Omar Abdullah and Mehbooba Mufti – have been either detained or placed under house arrest.