He asked shopkeepers to open their outlets, which have stayed shut since August 5 barring a few hours a day 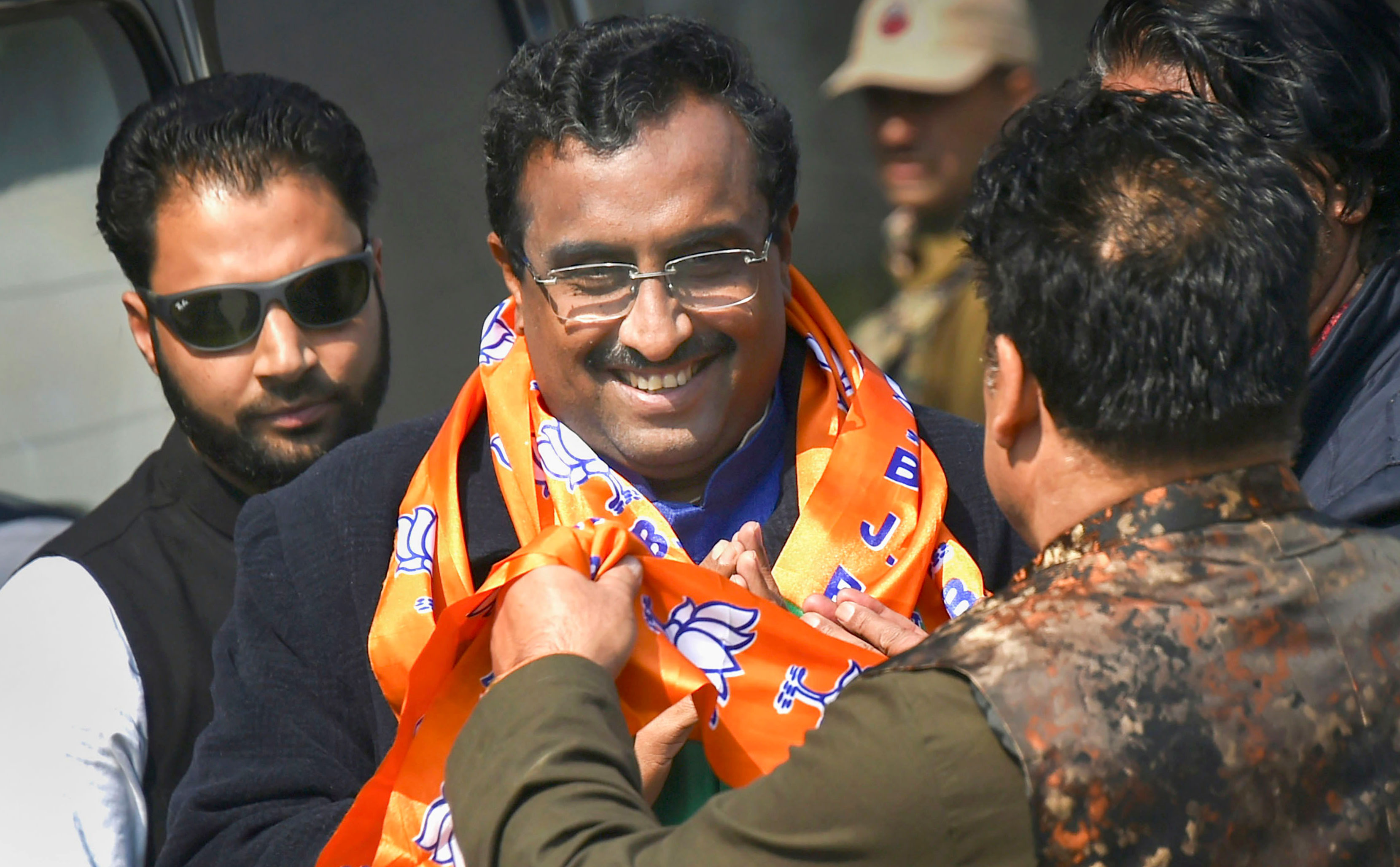 BJP national general secretary Ram Madhav on Sunday accused Kashmir’s jailed mainstream politicians of instigating people to pick up arms against the Indian state, levelling the most damning allegations yet by any senior BJP functionary against the so-called pro-India camp.

Addressing a party convention, the first public meeting in the Valley by any prominent BJP face since August 5, Madhav advised the jailed leaders on how to do politics.

“Do politics on the (demand for) early restoration of statehood. But don’t send secret messages from the SKICC saying the gun needs to be picked up. This is not politics,” Madhav told his audience of less than 300 at Srinagar’s Tagore Hall.

“SKICC” stands for the Sher-i-Kashmir International Convention Centre at the Centaur Hotel where nearly a dozen politicians are detained, among them Ali Mohammad Sagar, Naeem Akhtar, Sajjad Lone and Shah Faesal.

Akhtar and Lone were ministers in the PDP-BJP government that collapsed last year. Lone and Faesal lost their fathers to militants’ bullets.

Former chief ministers Farooq Abdullah, Omar Abdullah and Mehbooba Mufti have been imprisoned at other places.

Madhav offered no evidence for his allegation. Nor did any Valley politician come out to defend their jailed colleagues.

“If keeping 200-300 leaders behind bars helps maintain peace, let them be there for some time,” Madhav said.

He asked shopkeepers to open their outlets, which have stayed shut since August 5 barring a few hours a day.

“The entire world is afraid of (Prime Minister Narendra) Modi. What are you afraid of? Be brave and come forward,” he said.