hree of them were hugely contentious labour laws that have been opposed by the most labour unions, including one affiliated to the RSS 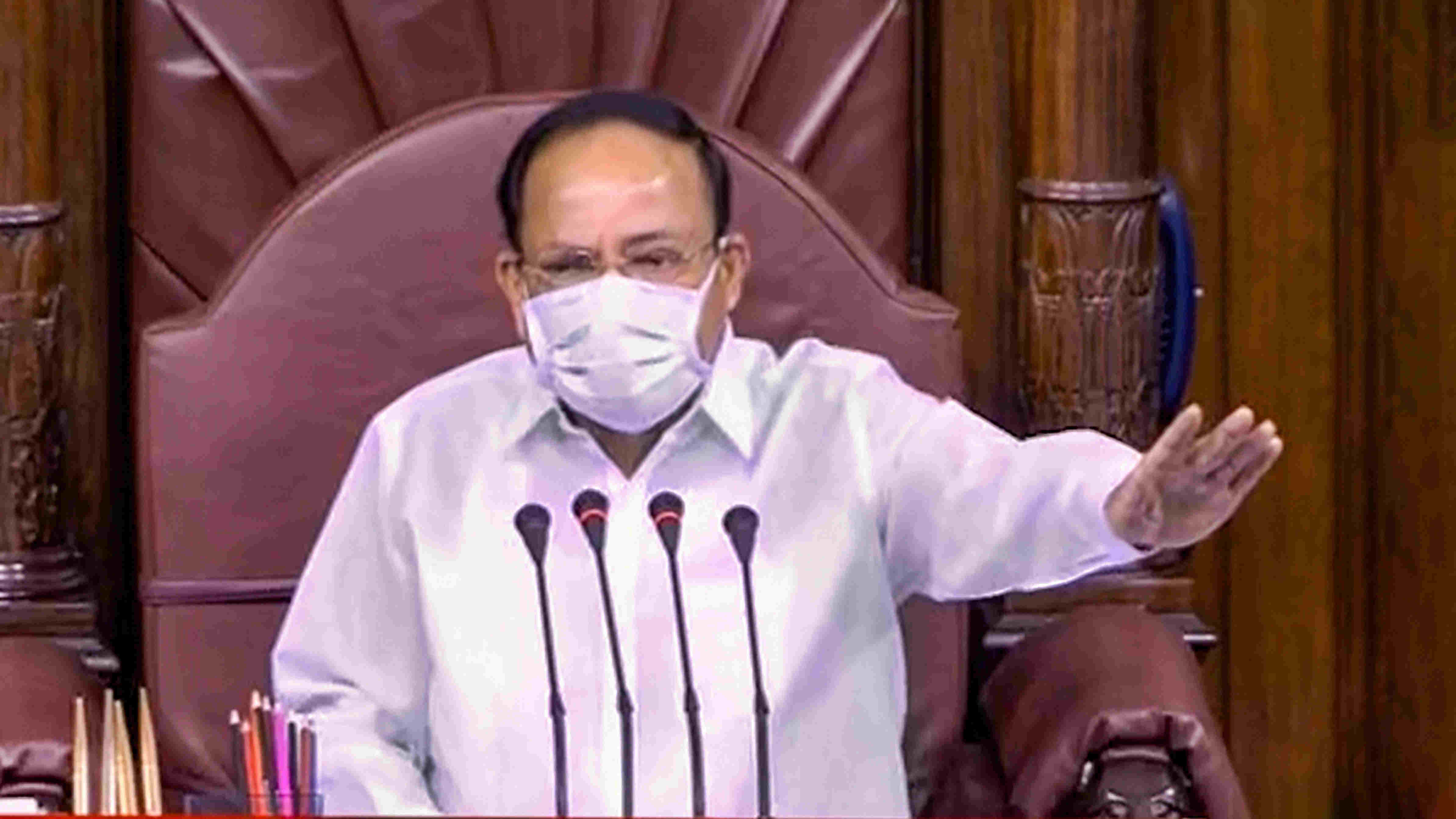 The Rajya Sabha passed 15 bills in the last two sittings with opposition parties boycotting the proceedings to protest the suspension of eight members on Monday for their "unruly" behaviour in the House during the passage of two key farm bills. Seven of the bills were passed yesterday, eight today. Three of them were hugely contentious labour laws that have been opposed by the most labour unions, including one affiliated to the Rashtriya Swayamsevak Sangh.

Rajya Sabha Chairman M Venkaiah Naidu on Wednesday said it is "extremely unpalatable" when bills are passed amid a boycott of proceedings by some sections of the House, but not taking up legislative work in such a situation may legitimise their action as an "instrument of blocking legislation".

He was speaking before adjourning the Upper House sine die, eight days ahead of schedule, due to the Covid-19 pandemic.

"Though it is not the first time that some members are suspended and bills are passed when some sections of the House boycott the proceedings, I find it extremely unpalatable. This kind of situation needs to be avoided by all means," Naidu said in his remarks on the conclusion of the 252nd session of Rajya Sabha.

Expressing concern over the conduct of some of the members, he said it was "deeply painful" and all need to "collectively ponder" over these issues.

Over the suspension on the eight members, Naidu said rules of the House do provide for such action when it becomes inevitable.

"If legislative work is not taken up during the boycott by some sections of the House, it may legitimise such boycott as an effective instrument of blocking legislation," he said.

Naidu said the House had to hold 18 sittings but it held only 10.

"We have to conclude this session eight sittings ahead of the scheduled 18 sittings as the COVID-19 pandemic continues to challenge humankind across the globe even after nine months of its outbreak," he said.

The Chairman also said that for the first time in the history of Upper House, a notice of motion for removal of the Deputy Chairman has been given, which was rejected by him.

"The developments in the House surrounding this unprecedented move have been deeply painful for all those who hold the stature and the dignity of this august House dear to their hearts," he said

Most of the opposition including the Congress, Left parties, the TMC, the Samajwadi Party and the NCP had decided to boycott House proceedings in protest against the suspension of the eight MPs

Terming it an "unpleasant turn of events", Naidu appealed to members to ensure that "such unseemly behaviour is not repeated".

"I am naturally more pained to see that happen as the chairman of this august House. It hurts me the most when the Chair is rendered helpless by the turn of events and has to perforce take action against the members as per the rules," said Naidu.

Earlier in the day, the House passed key bills including three on labour reforms, two Appropriation Bills and the Foreign Contribution (Regulation) Amendment.

Naidu said the 10-day session was productive and as many as 25 bills were passed and six were introduced.

"The productivity of the House during this session has been 100.47 per cent. As against the scheduled available time of 38 hours and 30 minutes, the actual functional time of the House has been 38 hours and 41 minutes," said Naidu.

In this 252nd session, the Upper House has spent 22 hours 03 minutes on discussions over the government's legislative proposals during these 10 sittings, which is a record 57 per cent of the total functional time of the House during this session.

Besides, 1,567 unstarred questions were replied to in writing by the government

"Members raised issues of urgent public importance through 92 Zero Hour and 66 Special Mentions on which a total time of four hours 15 minutes was spent, accounting for 10.99 per cent of the total functional time of the House," he said.

Despite the pandemic, 198 members participated in the discussion on various Bills

During the session, Rajya Sabha had done readjustment of the sitting patterns to maintain social distance. It functioned from six different locations including the chambers of both the Houses - Rajya Sabha and Lok Sabha and four galleries of the upper house.

"We are living in extraordinary times warranting several adjustments requiring us to live a new normal life," he said.

The Monsoon session had started on September 14.