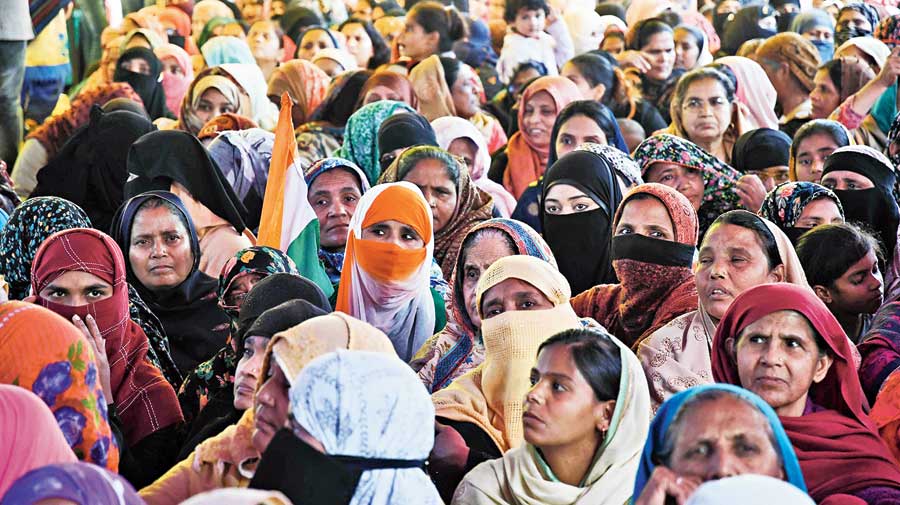 Occupying public places for protests is not acceptable and areas like Shaheen Bagh -- which had seen prolonged anti-CAA demonstrations starting December last year -- cannot be occupied "indefinitely", the Supreme Court held on Wednesday.

It said protests should be at a designated place and any occupation of public places or roads by demonstrators, which cause inconvenience to a large number of people and violate their rights, is not permissible under law.

The apex court also said that the authorities concerned should not hide behind courts and act on their own in such situations.

A bench headed by Justice S K Kaul said balance has to be struck between the right to protest and other public rights like the right to movement.

It does not mean that the agitating people should adopt means and modes of protest that were used against colonial rulers, it said, adding that public places cannot be occupied "indefinitely" for protests like in the Shaheen Bagh case.

The verdict came on a plea against the anti-CAA protests which had led to the blocking of a road in Shaheen Bagh here last December.

Pronouncing the verdict via video conferencing, the bench said the authorities like Delhi Police ought to have taken action to clear Shaheen Bagh area from the protesters.

The authorities have to act on their own and cannot hide behind courts in dealing with such a situation, it added.

The verdict came on a plea of lawyer Amit Sahni against the blockade of a road in Shaheen Bagh area by persons protesting against the CAA which aimed to provide Indian citizenship to persecuted minorities of Pakistan, Afghanistan and Bangladesh.

The top court had reserved its verdict in the case on September 21 by observing that there cannot be a "universal policy" on right to protest and possible curbs as also balancing it with acts like blocking of roads are needed because the situation may "vary" from case-to-case.

Sahni had initially approached the Delhi High Court seeking directions to Delhi Police to ensure smooth traffic flow on the Kalindi Kunj-Shaheen Bagh stretch, which was blocked by anti-CAA protesters on December 15.

The high court had urged local authorities to deal with the situation keeping in mind law and order.

Sahni then filed a special leave petition in the apex court against the high court's order.

The plea had sought directions to the police to ensure smooth traffic flow on Kalindi Kunj-Shaheen Bagh stretch.

It had sought supervision of the situation in Shaheen Bagh, where several women are sitting on protest, by a retired Supreme Court judge or a sitting judge of the Delhi High Court in order to circumvent any violence.

Restrictions were imposed on the Kaindi Kunj-Shaheen Bagh stretch and the Okhla underpass, which were closed on December 15 last year due to the protests against the Citizenship (Amendment) Act (CAA) and the National Register of Citizens (NRC).

However, later due to the Covid-19 pandemic and consequent protocol to deal with it, the protest area was cleared.