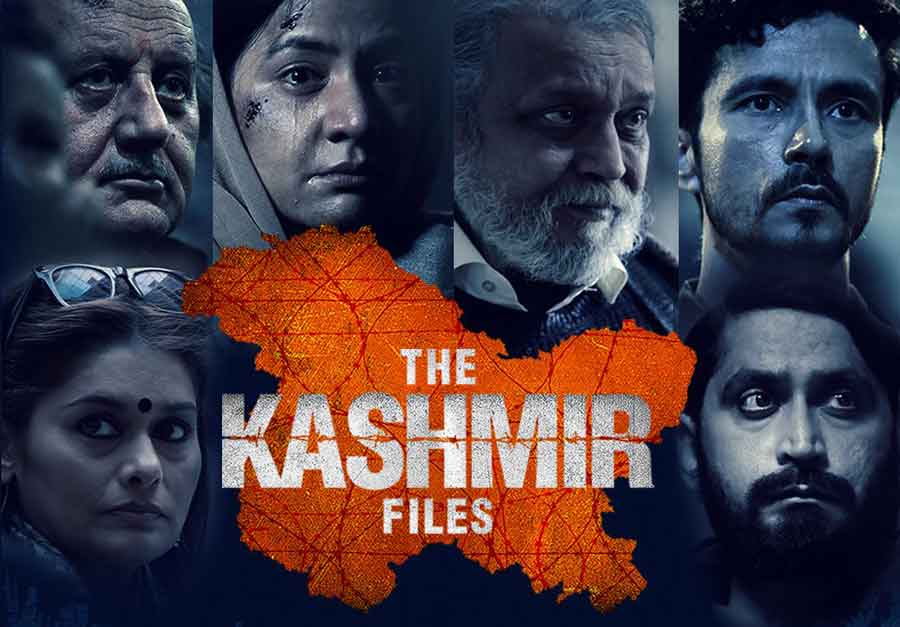 The murder came amid heightened militant attacks following the release of The Kashmir Files, a movie that purports to depict a “genocide” of Pandits in the Valley.
File photo
Muzaffar Raina   |   Srinagar   |   Published 23.05.22, 04:17 AM

A Kashmiri Pandit killed by militants has become an unlikely target of pro-Hindutva trolls’ hate — because of his alleged support for Rohingyas five years ago.

Government employee Rahul Bhat, 36, had initially attracted Right-wing sympathy after militants had barged into his office in Budgam and shot him in full public glare.

But with thousands of Pandit employees citing Bhat’s killing to accuse the government of using them as “cannon fodder”, the Right-wing ecosystem’s vaunted devotion to the Pandit cause seems to have given way to derision even in the season of The Kashmir Files.

Bhat’s purported Facebook display picture from 2017, which comes with the message “stop killing Rohingya Muslims”, has gone viral and earned him a backlash from the trolls. Now deleted, its authenticity could not be independently established.

Fact-checking website Alt News co-founder Mohammad Zubair shared a Telegram post by a user named Gaurav Pradhan — who claims to be a computer engineer and is widely followed — that seems to have kicked off the campaign against Bhat.

“Always taught you to have patience before jumping like popcorn. Please meet your blue-eyed boy (Rahul Bhat) for whom 300 resigned and 100s popcorn jumped in pressure cooker,” the message reads.

Several hundred Pandits had claimed to have symbolically resigned their government jobs in protest at Bhat’s murder.

Bhat’s murder came amid heightened militant attacks following the release of The Kashmir Files, a movie that purports to depict a “genocide” of Pandits in the Valley three decades ago and has been hailed as an eye-opener by the Hindu Right wing.

Surajit Dasgupta, editor of a news portal, wondered whether Bhat’s display picture had been morphed to turn him into an object of hate among Hindutvawadis.

Bhat’s wife Meenakshi Bhat recently told a news channel that Prime Minister Narendra Modi was playing politics over the Pandits’ plight and had no concern for their safety. She said they had been turned into “sacrificial lambs”.

Several thousand Pandits were appointed in the Valley under the Prime Minister’s rehabilitation package to facilitate the community’s return but many now want to be relocated elsewhere.

“Amit Shah has no concern for Pandits, (either). He is plainly telling Pandits that if others can live there (in the Valley), why can’t they? He has cancelled his trip (to Jammu and Kashmir) thrice for security reasons,” Meenakshi alleged.

Rakesh Krishnan Simha, a “journalist based in New Zealand”, wrote on social media that supporting Rohingyas who are “illegally staying in India and committed Hindu genocide in Myanmar” was unpardonable.

“Nothing can justify a Hindu posting such a picture. I wouldn’t call it karma as that would be callous, but Rahul Bhat got killed by the ideology he supported,” he wrote.

Tarun Raju, a Twitter user, wrote that it “turns out that Rahul Bhat fought for Rohingya rights”.

“Textbook case that sickularism won’t protect you from them,” he wrote.

Another Twitter user warned the “bloody 5 star rated Kashmiri activists” (apparently the moderates) that their end would be the same, no matter how much they cosied up “to peaceful community” — an allusion to Muslims.

Right-wing portal OpIndia has used the killing as a warning to moderates that even they would not be spared.

“Rahul Bhat was an ordinary citizen in the valley and was anything but a ‘Sanghi’. Neither was he a participant in Hindu politics in the valley, nor did he express his ideological affiliations openly. Yet, he was killed simply for being Hindu,” it wrote.

Several Pandits have taken offence at the campaign, asking the trolls to show some respect for Bhat’s family.

“Why Hinduism is different from Hindutva. For Hindutva goons it doesn’t matter who is the victim, all that matters is who is on their side of narrative irrespective of religion. Shame a martyr is being mocked by these opiumised goons of religion,” Mohit Bhan, a Pandit spokesperson for the People’s Democratic Party, tweeted.

Why Hindusim is different from Hindutva. For Hindutva goons it doesn't matter who is the victim all that matters is who is on their side of narrative irrespective of religion.

Shame a martyr is being mocked by these opiumised goons of religion. https://t.co/OByjhTJ16V