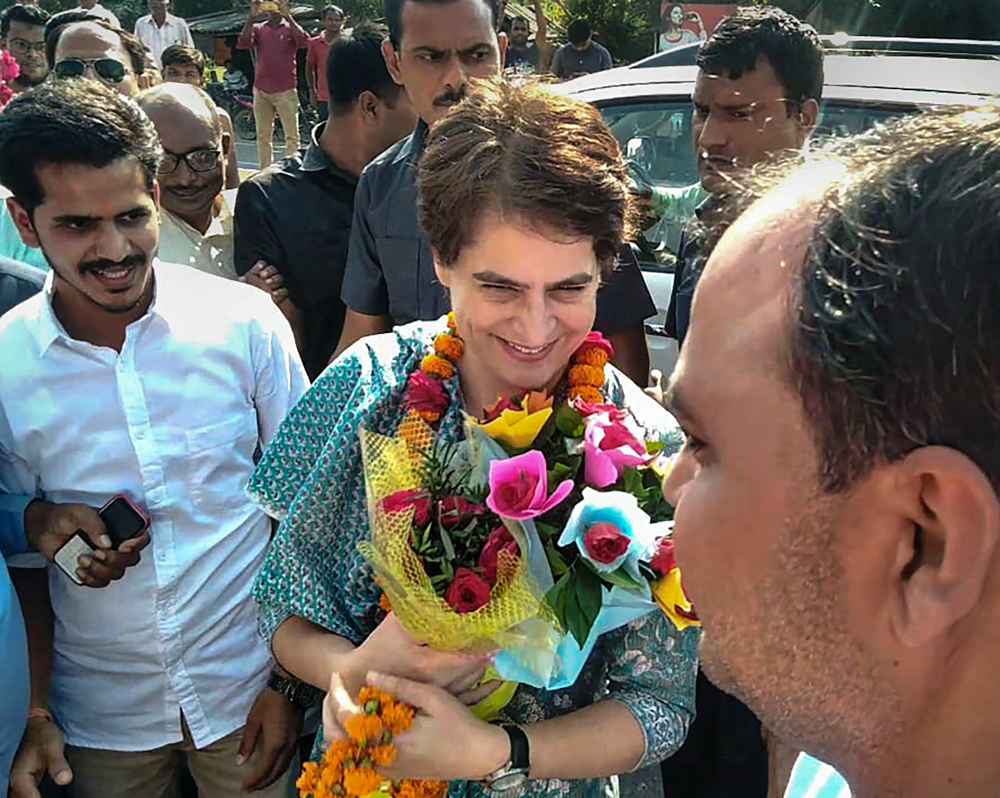 Priyanka Gandhi Vadra on Tuesday said it was a matter of “shame” for the Yogi Adityanath government that Uttar Pradesh had registered the highest number of crimes against women.

“The most heinous crimes are taking place in Uttar Pradesh. The state also tops the country in crimes against women. This is a matter of shame for the state government. The chief minister should stop making excuses and act honestly to curb this (trend),” she told reporters.

Priyanka was on a two-day visit to her mother and interim Congress president Sonia Gandhi’s parliamentary constituency of Rae Bareli, where she was to meet the newly appointed state Congress office-bearers on Tuesday and Wednesday.

According to the National Crime Records Bureau’s annual report for 2017, released on Monday, Uttar Pradesh accounted for 56,011 of the 3.5 lakh cases of crime against women registered across the country. This comes to 16 per cent of all the cases, which is roughly equal to the state’s share of the country’s population.

According to the report, some 4,325 murders were reported in the state in 2017, along with 11,444 cases of atrocities against the Scheduled Castes — the highest among the states. With 4,971 cases of cyber crime, the state led the country in this area too.

Priyanka, Congress general secretary in charge of eastern Uttar Pradesh, had highlighted the crime rate in the state also in a tweet before arriving in Rae Bareli.

“Are these (crime) data not important enough for the chief minister to take them seriously?” she had posted in Hindi. “Don’t they feel ashamed about organising Beti Bachao programmes across the state?”

Beti Bachao Beti Padhao (save and educate the daughter) is a flagship welfare scheme of the Narendra Modi government at the Centre.

Without naming Kamlesh Tiwari, a Hindutva hawk assassinated by two men in his Lucknow office on Friday, Priyanka said that whatever had happened in the state capital indicated a disturbing trend for which the state government alone was responsible.

On her way from Lucknow airport to Rae Bareli, Priyanka had prayed at the Churuva Hanuman Temple in Bachchrawan.