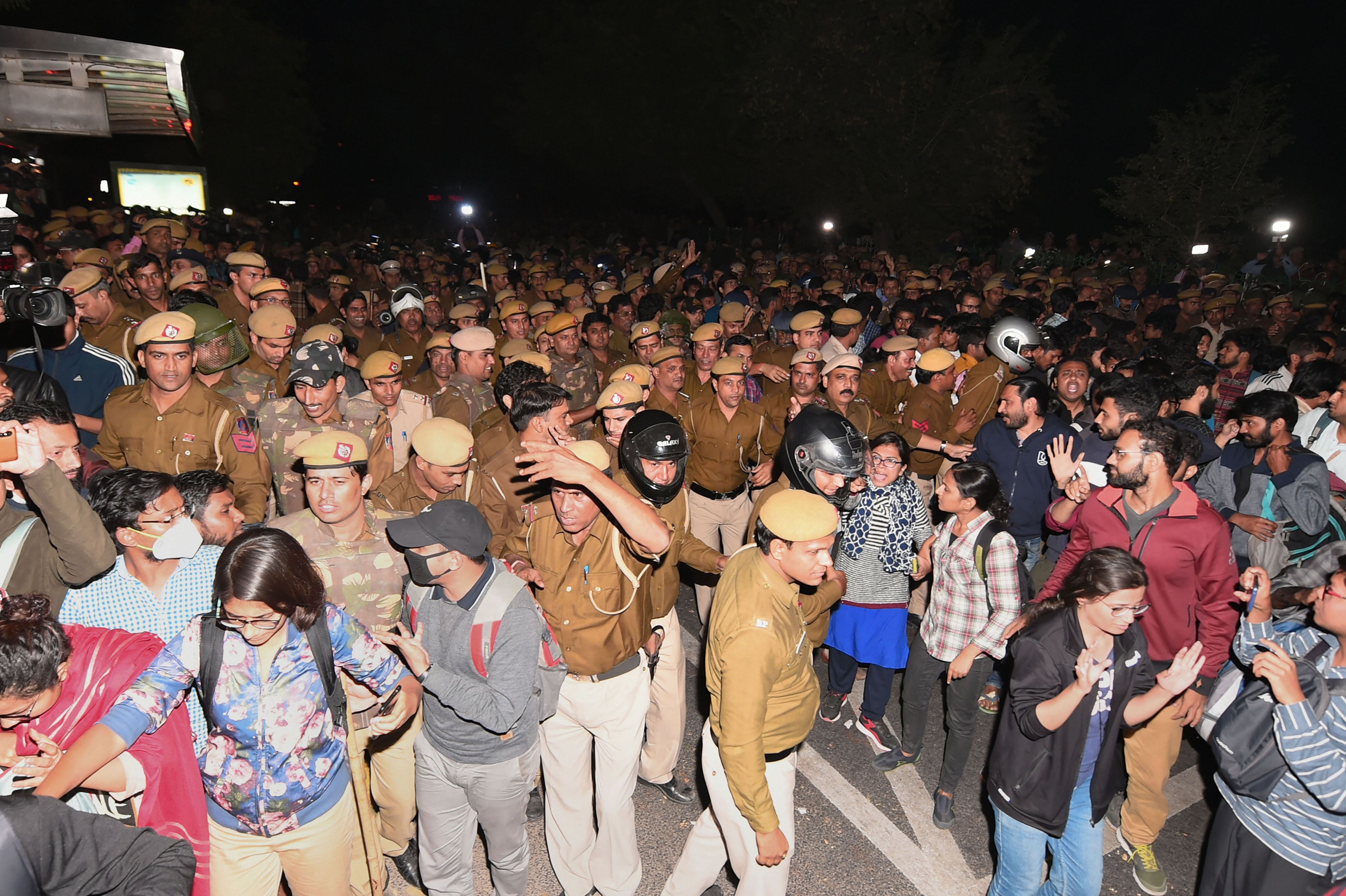 The Delhi police lodged an FIR on Tuesday in connection with the protest by Jawaharlal Nehru University (JNU) students over a hostel fee hike, a senior police official said.

He said the FIR was registered under the relevant provisions of law at the Kishangarh police station but did not divulge its details.

There was no immediate reaction from the JNU Students' Union (JNUSU).

Hundreds of JNU students rocked the national capital on Monday, bringing several parts of the city to a halt. The students took out a protest march opposing the recent fee hike. An agitation on the issue has been going on for over three weeks.

During their clash with the police, the students alleged that they were baton-charged by the men in uniform. However, top police officials denied using force against the students.

According to the police, nearly 30 police personnel and 15 students were injured during the eight-hour protest, in which thousands of students from different universities across the national capital took part.

There was a heavy deployment of police and paramilitary personnel outside the main gate of the JNU campus, even before the march commenced. Water cannons and PCR vans were also stationed outside the campus.

Before the protest began, human resource revelopment (HRD) ministry set up a three-member committee to recommend ways to restore the normal functioning of the university and initiate a dialogue with the students and the administration.

The students were ultimately stopped outside the Safdarjung Tomb, where, they alleged, the police baton-charged them. Police have denied the  allegation.

On Saturday, an FIR was registered against unidentified persons over an incident of 'defacement' of the JNU's administration block.