PM-CARES fund not a government entity but functions with transparency, HC told 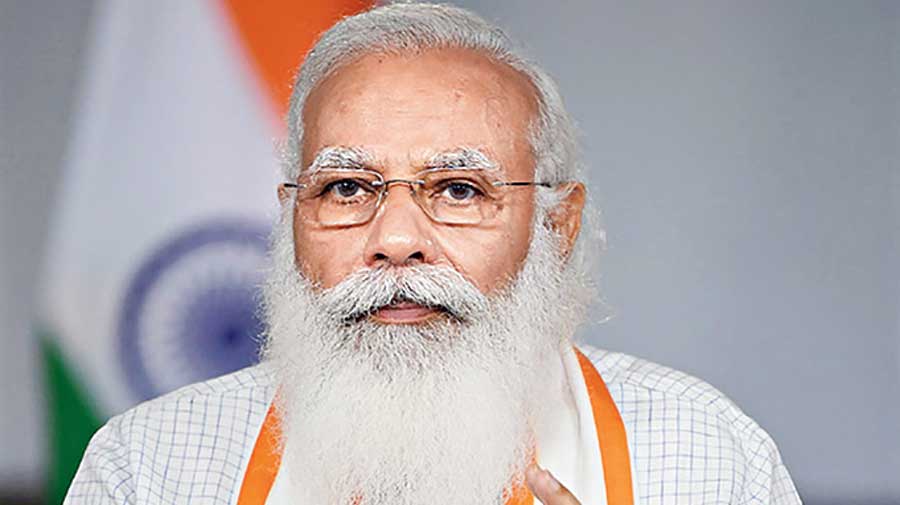 The PM CARES Fund is not a Government of India fund and the amount collected by it does not go to the Consolidated Fund of India, the Delhi High Court has been informed.

An affidavit filed by an Under Secretary at the Prime Minister's Office (PMO) who is discharging his functions in the PM Cares Trust on honorary basis, has said the trust functions with transparency and its funds are audited by an auditor -- a chartered accountant drawn from the panel prepared by the Comptroller and Auditor General of India.

The affidavit was filed in response to a petition seeking a direction to declare the PM CARES Fund a 'State' under the Constitution to ensure transparency in its functioning.

A bench of Chief Justice D N Patel and Justice Amit Bansal has fixed the matter for further hearing on September 27.

"To ensure transparency, the audited report is put on the official website of the trust along with the details of utilisation of funds received by the trust, says the affidavit filed by Pradeep Kumar Srivastava, Under Secretary at the PMO.

"I state that when the petitioner is claiming to be a public-spirited person and seeking to pray for various reliefs only for transparency, it does not matter whether PM Cares is a State' within the meaning of Article 12 of the Constitution of India," the officer said in the affidavit.

It said that all donations received by the trust are received via online payments, cheques or Demand Drafts and the amount received is audited with the audited report and the expenditure of trust fund displayed on the website.

"The trust functions on the principles of transparency and public good in larger public interest like any other charitable trust and, therefore, cannot have any objection in uploading all its resolutions on its website to ensure transparency," it said, while reiterating that the trust's fund is not a fund of Government of India and the amount does not go in the Consolidated Fund of India.

The officer said he is discharging his functions in the PM Cares Trust on honorary basis which is a charitable trust not created by or under the Constitution or by any law made by the Parliament or by any State legislature.

"Despite being an officer of the Central government, I am permitted to discharge my functions in PM Care Trust on an honorary basis," he said.

The court was hearing a petition filed by Samyak Gangwal who has said that the PM CARES Fund is a 'State' as it was formed by the Prime Minister on March 27, 2020 to extend assistance to the citizens of India in the wake of the public health emergency -- the ongoing COVID-19 Pandemic.

His counsel had told the court that if it is found that the PM CARES Fund is not 'State' under the Constitution, usage of the domain name 'gov', the Prime Minister's photograph, state emblem etc has to be stopped.

To ensure transparency and accountability, the plea has sought a direction for periodic auditing of PM CARES website and disclosure of the details of donations received by it.

In his alterative prayers, Gangwal has sought to direct the Centre to publicise that the PM CARES Fund is not a fund of the Government of India and to restrain PM CARES from using 'Prime Minister of India' or 'Prime Minister', including its abbreviations its name, on its website, Trust Deed and other official or unofficial communications and advertisements.

On March 9, the court had said it was not inclined to issue notice on the plea as the Centre was already represented through counsel who may file their written submissions.

The petitioner has also filed another petition to declare PM CARES as a 'public authority' under the Right to Information (RTI) Act, which is being heard together with the first plea.

This petition challenges a June 2, 2020 order of the Central Public Information Officer (CPIO), PMO, refusing to provide documents sought by him on the ground that PM Cares Fund is not a public authority under the RTI Act.

Solicitor General Tushar Mehta, who represented PMO, had opposed the petition, stating that it was not maintainable and that he would file a response explaining why it should not be entertained.