The Wire has revealed that phone numbers of Parameshwara, personal secretaries of Kumaraswamy and Siddaramaiah were allegedly selected by the Israeli spyware 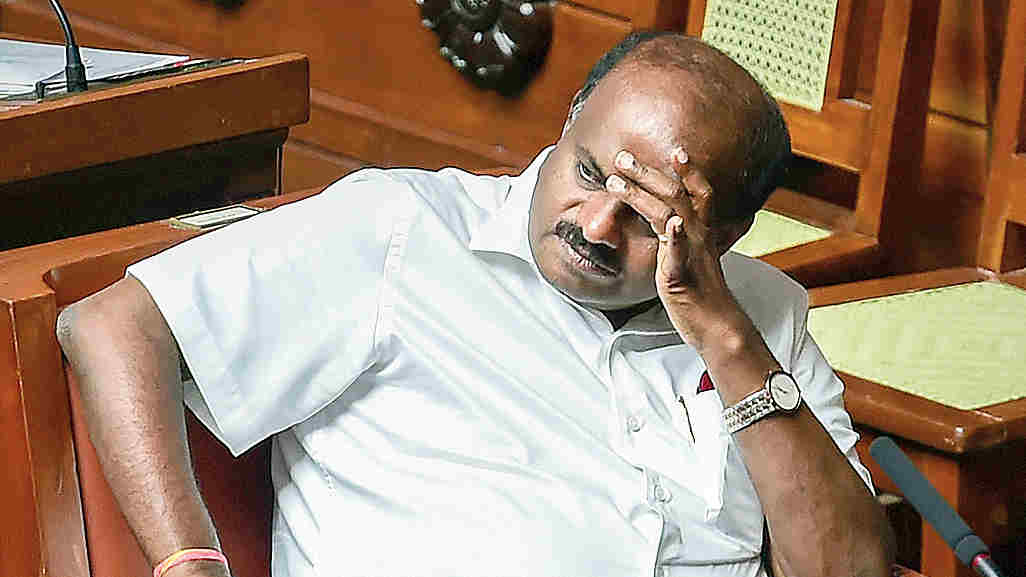 The leaders of the Congress and the Janata Dal Secular in Karnataka were possible targets of Israeli spyware ‘Pegasus’ in 2019, the Wire has said in the latest revelations on Tuesday.

In its latest report, the Wire has revealed that phone numbers of the then Karnataka deputy chief minister G Parameshwara and the personal secretaries of Chief Minister HD Kumaraswamy and former chief minister Siddaramaiah were allegedly selected as potential targets.

The report of the news portal links the fall of the JDS-Congress government in July 2019 and the BJP’s takeover to alleged snooping — an allegation echoed by the opposition Congress — though there is no evidence to establish whether phones were hacked.

According to the Wire, these numbers showed up in its review of the list of numbers “of interest” to an Indian client of Israel’s NSO group, which sells its Pegasus spyware only to governments.

The Congress said it was clear that Pegasus was used to execute ‘Operation Lotus’ to topple the state government and the ruling BJP at the Centre facilitated it.

“I was surprised to know that Pegasus has compromised my phone when I was deputy chief minister, and that of Siddaramaiah and chief minister’s secretary. Snooping activity by Pegasus is highly condemnable... Without the permission of the government of India, either the ministry of Home or the PM’s office, they cannot do it. I am sure the government is involved. I condemn this... They have misused their power to topple governments in this country,” Parameshwara told the NDTV.

Kumaraswamy, who has himself faced allegations of phone-tapping, said “every party” in power misused information.

“Regarding the phone tapping issue for last two days, latest addition today is the Karnataka development. Opposition leaders from Karnataka, that is Siddaramaiah, Parameshwara and myself when we were running the coalition government, at that time, BJP friends they are misusing their good office to get information by tapping our phones. I am not interested because this issue is over,” he told the NDTV.

The phone numbers form part of a leaked database accessed by the French media non-profit Forbidden Stories and shared with an international media consortium as part of what is called the Pegasus Project.

However, it is not established whether the phones were infected or hacked.

The Wire says the period coincides with the selection of a new number Congress leader Rahul Gandhi began to use after discarding his earlier one.

The JDS-Congress government fell after the abrupt resignation of 17 MLAs, who later joined the BJP and helped BS Yediyurappa return to power.

In the nerve-wracking power tussle leading up to the transition, rebel MLAs were sequestered at a hotel in Mumbai for days and Congress leader DK Shivakumar tried and failed to meet them. The MLAs were finally disqualified after they turned in their resignation.

After Yediyurappa took power, the MLAs joined the BJP and contested bypolls. Many of them became ministers in the BJP government.

The JDS and Congress had accused the BJP of engineering defections and bringing about the fall of the government with active help from the Centre.

Over the past few days, The Wire, Washington Post and other media partners in the “Pegasus project” have revealed that the numbers of Congress leader Rahul Gandhi, poll strategist Prashant Kishor, two union ministers, Trinamool Congress leader Abhishek Banerjee and some 40 journalists were selected as potential targets of snooping.