Numbers of two other senior officials, Rakesh Asthana and A.K. Sharma, were also added to the list 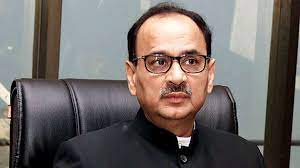 The Wire has reported that following the sacking of former CBI chief Alok Verma at midnight on October 23, 2018, an unidentified Indian agency, known to be a Pegasus user, noted three telephone numbers registered in his name.

Along with Verma, the telephone numbers of his wife, daughter and son-in-law were eventually included in the list, totaling 8 numbers from one family.

Numbers of two other senior CBI officials, Rakesh Asthana and A.K. Sharma, were also added to the list. Asthana was also removed from the CBI on the night of October 23, 2018;  he is currently head of the Central Reserve Police Force (CRPF). Sharma was removed as the head of the policy division, but continued with the CBI till January 2019, when he was transferred out. He retired from government service earlier this year.

Verma’s ousting came two days after he ordered the filing of a criminal case against Asthana, then special director, accusing him of corruption.

Asthana, known to be close to PM Modi, filed a complaint against Verma with the Central Vigilance Commission two days later.

It is also believed that Verma invited the Centre’s ire by not rejecting a request for a criminal probe into the controversial Rafale deal. On October 4, 2018, about three weeks before his termination, Prashant Bhushan and former Union minister Arun Shourie met him to hand over a complaint involving the Rafale deal. The government’s displeasure with this meeting was widely reported by news agencies at that time.