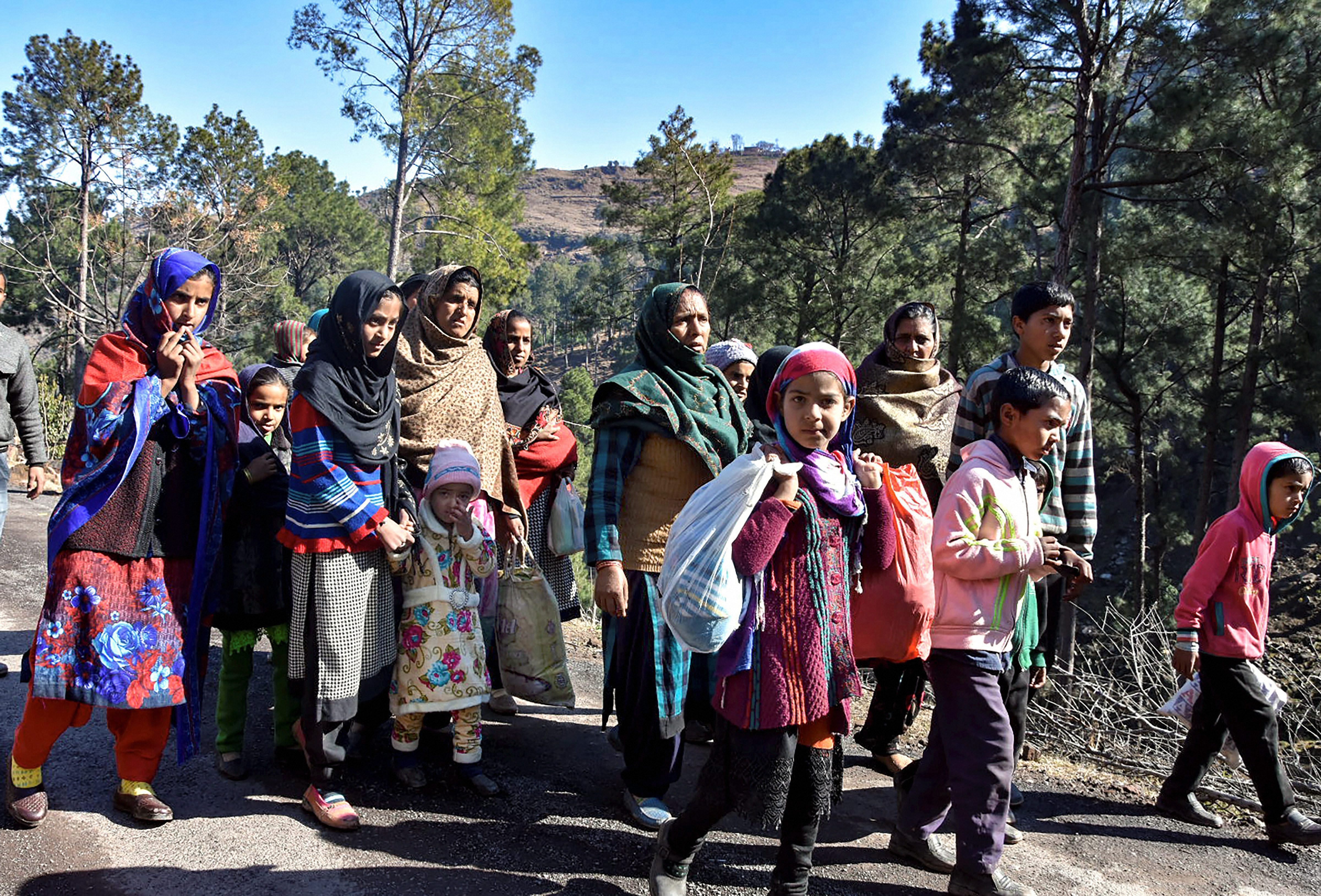 Families move away from Chhajla Patri village after shelling by the Pakistani Army near the Line of Control in the Mankote sector of Poonch.
PTI And AP   |   Jammu   |   Published 28.02.19, 07:06 AM

The Pakistani Army on Thursday heavily shelled forward posts along the LoC in Jammu and Kashmir's Poonch district, drawing retaliation from the Indian Army, an official said.

This is the seventh consecutive day that Pakistan has violated the ceasefire by targeting forward posts along the LoC.

The Public Relations Officer, Defence, said: 'At about 0600 hours on Thursday, Pakistan Army initiated unprovoked ceasefire violation by shelling with mortars and firing of small arms along the LoC in Krishna Ghati sector.'

'The Indian Army retaliated strongly and effectively,' the official said.

In view of the prevailing situation, authorities have ordered a temporary closure of educational institutions in a 5-km radius along the LoC in Rajouri and Poonch districts. They have asked all people living along the border to remain home.

This comes a day after Pakistan's military said it shot down two Indian warplanes in Kashmir and captured a pilot, answering an airstrike the previous day by Indian fighter jets inside Pakistan.

Police official Mohammad Tahir says cross-border fire continued into Thursday but there were no casualties. Government buildings in Muzafarabad, the capital of the Pakistan-controlled section of Kashmir, are being used to provide shelter to those who fled from border towns.