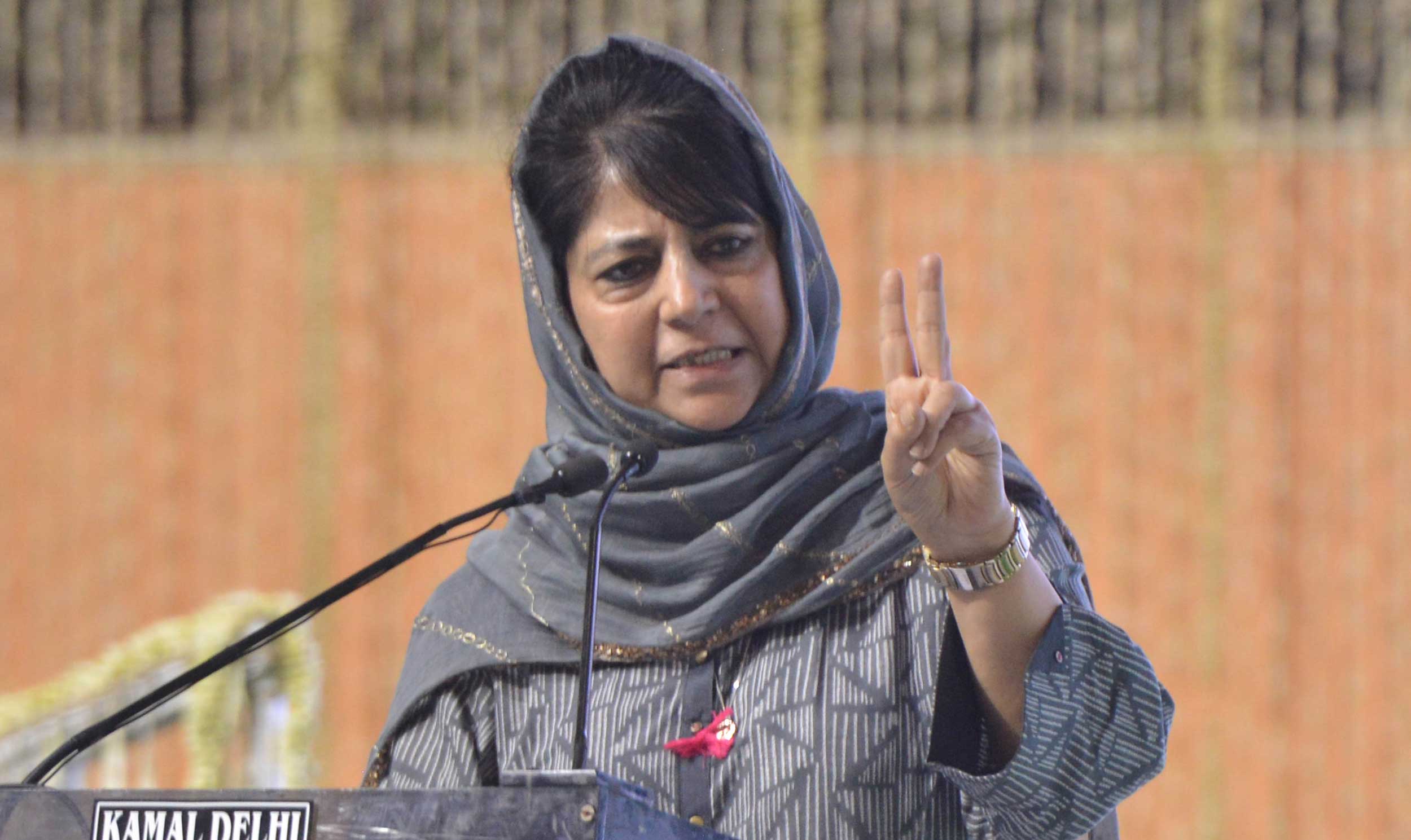 Anantnag elected Mehbooba Mufti in the 2014 Lok Sabha polls and was seen as a stronghold of her People’s Democratic Party until it joined hands with the BJP to form the government in 2015.
Picture by Prem Singh
Our Special Correspondent   |   Srinagar   |   Published 10.03.19, 09:51 PM

The Election Commission on Sunday announced a three-phase election for the Anantnag parliamentary seat, a first for any constituency even in Kashmir’s turbulent electoral history.

The Anantnag constituency sprawls over four volatile south Kashmir districts: Anantnag, Shopian, Kulgam and Pulwama — the last of them the site of February’s terror attack on a CRPF convoy that ratcheted India-Pakistan tensions.

The region has been the nerve centre of pro-independence politics during and after the 2016 summer agitation that followed the death of Hizb poster boy Burhan Wani at the forces’ hands.Officials said this would be the first time that a single parliamentary constituency would vote in three phases, a dubious feat not achieved even during the height of militancy.

“We will have to carry out three phases of election for just (the) one constituency of Anantnag.… So you can imagine how complicated it is,” chief election commissioner Sunil Arora told reporters, explaining why the Assembly polls would not be held simultaneously with the general election.

When the present phase of the azadi movement began in 1989, only one candidate — Mohamad Shafi Bhat of the National Conference — dared contest from the Srinagar parliamentary seat in the face of a militant boycott call. He therefore won uncontested.

There was more than one candidate each in the two other Valley constituencies, Anantnag and Baramulla, though. Even at that time, each seat voted in a single phase.

Anantnag elected Mehbooba Mufti in the 2014 Lok Sabha polls and was seen as a stronghold of her People’s Democratic Party until it joined hands with the BJP to form the government in 2015.

Mehbooba vacated her parliamentary seat when she became chief minister following the death of her father, Mufti Mohammad Sayeed, in early 2016. No by-election could be held for the seat after that because of the security situation.

By-elections had been scheduled in Anantnag in May 2017 but were deferred after unprecedented poll violence in Srinagar left nine people dead and scores injured. The turnout was an abysmal 7 per cent.