The chief election commissioner cited security considerations, in particular those about the availability of central paramilitary forces 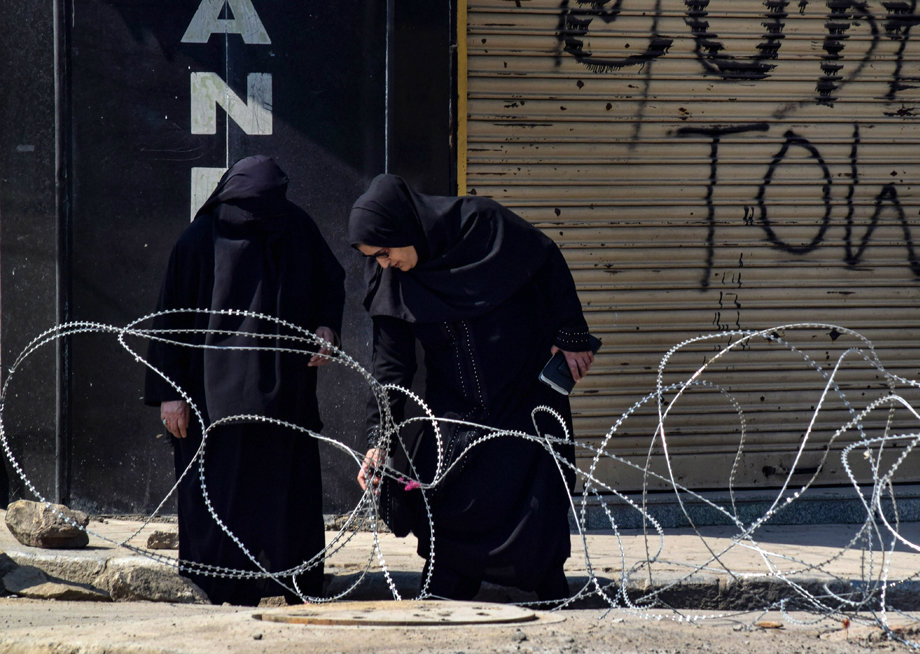 Women walk through a blocked road in downtown Srinagar on Sunday. Restrictions were imposed in the city after a strike called by trade bodies against the NIA summons to moderate Hurriyat Conference chairman Mirwaiz Umar Farooq.
PTI
Our Special Correspondent   |   New Delhi   |   Published 10.03.19, 10:12 PM

The Election Commission’s decision not to hold Assembly elections in Jammu and Kashmir with the Lok Sabha polls has prompted charges that it’s an admission of the failure of the Centre’s Kashmir policy.

While Lok Sabha elections will be held in all the six constituencies in the state, chief election commissioner Sunil Arora said Assembly polls would not be held. He cited security considerations, in particular those about the availability of central paramilitary forces.

The poll panel has appointed three special observers for the state: Noor Mohammad, A.S. Gill and Vinod Zutshi. Mohammad and Zutshi are retired IAS officers while Gill is a former IPS officer who retired as CRPF director-general.

Asked why the Assembly elections cannot be held with the Lok Sabha polls in the state, Arora said it would be difficult to meet the security requirements of the candidates.

As reactions began to come in from Kashmir, protesting the delay in Assembly polls and suggesting a “sinister” agenda, Arora asserted that security considerations alone had prompted the decision.

“The commission will not capitulate to anyone,” Arora said.

Arora also highlighted that many of those who had contested the panchayat elections in the state last year continued to live in guesthouses. and were still being provided with government security.

To buttress his point, he cited how polling for a single parliamentary seat in the state --- Anantnag --- would need to be split into three phases.

His defence, however, did not appear to cut ice with two former chief ministers, Mehbooba and Omar Abdullah.

“Decision to hold only Parliamentary elections in J&K confirms sinister designs of GoI. Not letting people elect a government is antithetical to the very idea of democracy. Also a tactic of buying time to disempower people by pushing an agenda that suits their ulterior motives,’’ Mehbooba tweeted.

Omar posted: “With the amount of international attention elections in J&K attract I never thought PM Modi would be willing to confess his failure on a global stage but we all make mistakes & that was mine.”

He added: “In 2014 we had Lok Sabha elections on time & Assembly elections on schedule even after the most devastating floods. Shows how badly the BJP & earlier the BJP-PDP mishandled J&K.”

He wondered what happened to Union home minister Rajnath Singh’s assurance that forces would be made available for simultaneous elections in the state.

The Assembly was dissolved on November 22 last year after having been kept in suspended animation since June when the BJP ended its alliance with the PDP.

While Arora cited how the panchayat poll candidates were still unable to return home, the BJP had held up the rural elections as a sign of normality in the state and as evidence that militancy was confined to three-and-a-half districts.

That claim now stands contested by the Election Commission’s decision.