Sukant Kumar Jena, a gynaecology specialist, is currently working at a community health centre at Charichhaka, Nimapara, in Puri district 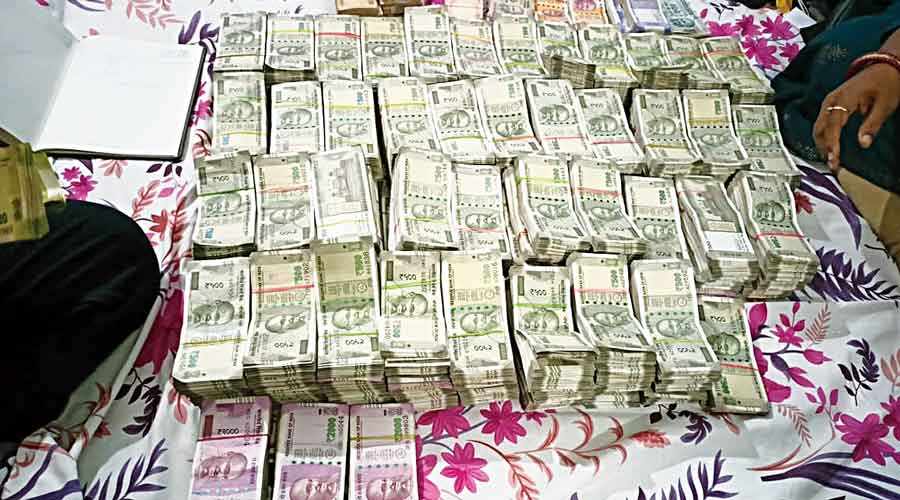 Odisha Vigilance on Thursday arrested a doctor on bribery charges and seized Rs 1.12 crore in cash from his house in Bhubaneswar.

“This is the highest ever cash recovery in the history of Odisha Vigilance,” said the state vigilance in a media release issued on Thursday.

The doctor, Sukant Kumar Jena, a gynaecology specialist, is currently working at a community health centre at Charichhaka, Nimapara, in Puri district.

The vigilance has also found deposits in insurance policies amounting to Rs 44.16 lakh and fixed deposits and bank deposits worth over Rs 38.63 lakh from the doctor’s home during the raid.

“Dr Jena was apprehended by Odisha Vigilance for demanding and accepting undue advantage (bribe) of Rs 3,000/- post operation and Rs 5,000/- pre operation i.e. Rs 8,000/- (Rupees Eight Thousand) from a complainant for conducting (a) Caesarean Operation of his cousin,” the media release said.

The release further said: “Based on the above complaint, a trap was laid on Wednesday wherein the accused Dr Sukant Kumar Jena was caught by the team of Odisha Vigilance in his rest room at CHC, Charichhaka campus while demanding and accepting undue advantage (bribe) of Rs 8,000/- (Rupees Eight Thousand) from (the) complainant.”

Following the trap, a search was launched on the residential building of doctor Jena at Nandan Vihar, Nageswar Residency at Patia in Bhubaneswar.

Further searches are going on.

“Searches are going on. So far the vigilance has found a residential triple-storey building at Kalarahanga in Bhubaneswar, a plot at Jatni in Khordha, a studio apartment in Puri and two four wheelers (Hyundai Creta and TATA Manza),” a senior vigilance official said.