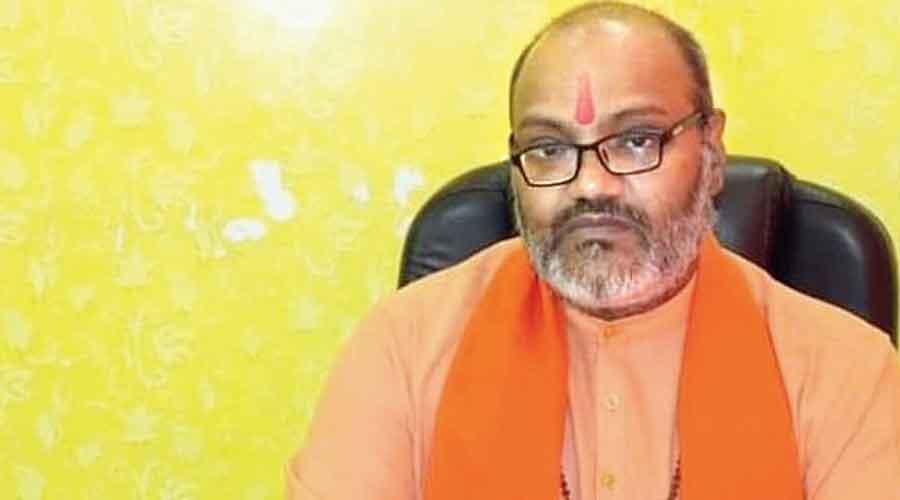 Attorney-general K.K. Venugopal on Friday granted permission for prosecution of religious leader Yati Narsinghanand for contempt of court for saying he had no trust in the Supreme Court and those who believed in it would die like dogs.

Narsinghanand, who had organised a Dharma Sansad in Haridwar where calls were issued for a genocide against Muslims, was arrested last week by Uttarakhand police on the lesser charge of making intemperate comments against women of a particular religion.

During an interview before his arrest, Narsinghanand had said: “We have no trust in the Supreme Court of India. The Constitution will consume the more than 100 crore Hindus of this country. Those who believe in this Constitution will be killed. Those who believe in this system, in these politicians, in the Supreme Court and in the army will all die the death of a dog.”

A bench headed by Chief Justice N.V. Ramana had issued notice to the Centre, the Uttarakhand government and Delhi police on a joint PIL filed by journalist Qurban Ali and senior advocate and former Allahabad High Court judge Anjana Prakash challenging the failure of authorities to take action against Narsinghanand despite his inflammatory speeches.

Social activist Shachi Nelli had requested the attorney-general, the highest law officer of the land, to grant her permission for the prosecution of Narsinghanand under the Contempt of Courts Act.

Under Section 15 of the Act, it is mandatory for a citizen to obtain the sanction of the attorney-general or the solicitor-general for prosecuting someone for contempt before the Supreme Court. Nelli can now file a PIL against Narsinghanand.

On Friday the AG’s office said that after careful consideration of the materials placed before him, Venugopal was of the view that the statement per se was contemptuous and was a direct attempt to lower the image of the Supreme Court, hence a fit case for grant of consent for contempt proceedings.

“I have gone through your letter and watched the video of the statements made by Yati Narsinghanand which have been explained to me. I find the statement made by Yati Narsinghanand that ‘those who believe in this system, in these politicians, in the Supreme Court, and in the army will all die the death of a dog’ is a direct attempt to lower the authority of the Supreme Court in the minds of the general public. This would certainly amount to contempt of the Supreme Court of India,” Venugopal told Nelli while granting the sanction.