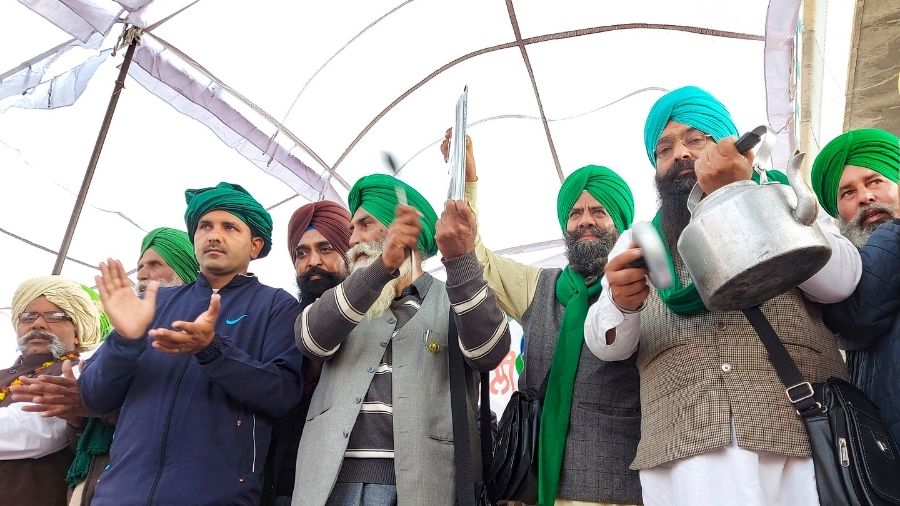 Prime Minister Narendra Modi on Sunday during his last ‘Mann Ki Baat’ address of the year pitched for the resolution of saying no to single-use plastics, and Aatmanirbhar Bharat, and paid tributes to the Sikh personalities of the country.

Unlike his November address, the Prime Minister did not raise the issue of farmers, who have been protesting for a month at different borders of Delhi against three agri laws, on Sunday.

Modi said that  people have supported the ‘vocal for local’ campaign and asked manufacturers and industry leaders to ensure that world-class products are made in the country.

“The outgoing year saw the spirit of ‘Aatmanirbhar Bharat’ echo in society,” he said.

Modi also asked Indians to use Kashmiri saffron, saying that his government is working to make it a “globally popular brand”.

The GI tag has given it a unique identity, he said.

During his address, he also paid tributes to several revered Sikh personalities, including sons of Guru Gobind Singh, saying their sacrifices helped keep our culture safe.

“We pay tribute to the brave Chaar Sahibzaade, we remember Mata Gujri, we recall the greatness of Sri Guru Tegh Bahadur Ji, Sri Guru Gobind Singh Ji. We remain indebted to these greats for their sacrifices and their spirit of compassion,” he said.

As the Prime Minister continued with his address, protesting farmers in Haryana’s Rohtak clanged thalis and raised slogans against the Centre, which has refused to repeal the three contentious laws, NDTV reported.

“Today again, PM Modi did ‘apne mann ki baat’ (spoke his own mind) and did not listen to ‘kisanon ke mann ki baat’ (farmers’ point of view). Farmers are demanding that the new laws should be repealed and the MSP (minimum support price) for crops be made a law,” BKU (Lok Shakti) spokesperson Shailesh Kumar Giri told PTI at Noida.