The top 2.5 lakh rankers will be allowed to take the JEE Advanced for admission to the Indian Institutes of Technology 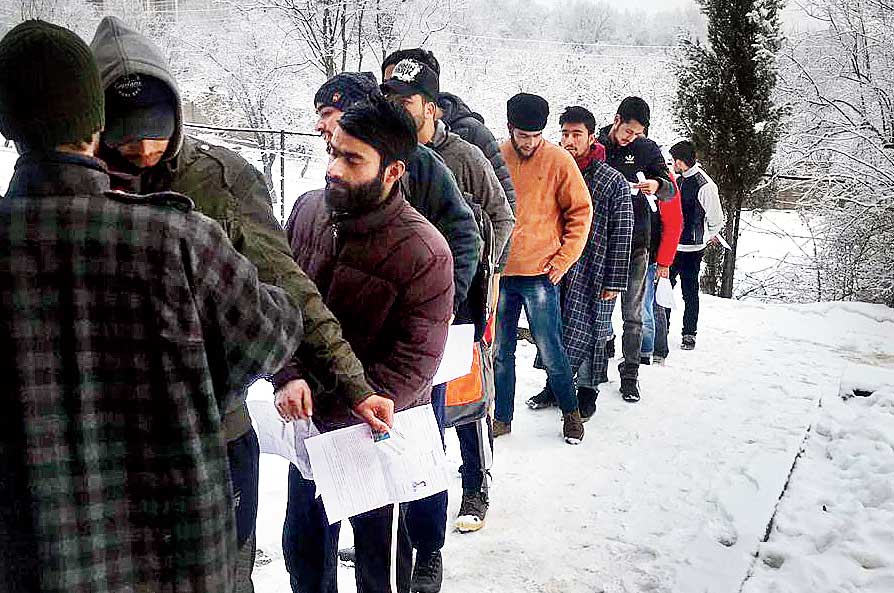 The first ever wholly-computer-based JEE Main has recorded a 94 per cent turnout among those who had registered for the test, outdoing the average of 80 to 85 per cent witnessed in previous years when it used to be largely a paper-pencil test.

The exam’s latest edition, held for the first time in January under a new two-test-a-year system, was conducted over a five-day window from Tuesday till Saturday — at a higher number of cities and centres than before.

The candidates will get a second chance in April, which used to be the month when the previously once-a-year exam, which determines admissions to BTech courses in national-level institutions, used to be held.

From now on, a student’s final rank will be determined on the basis of whichever of the two exams (January and April) she does better in. The January results will be declared this month.

For the first time, the exam was conducted by the National Testing Agency instead of the Central Board of Secondary Education.

“This year, 460 test centres were set up in 260 cities, compared with test centres in 110 cities earlier,” a National Testing Agency official said.

Some 9.45 lakh students had registered for the test this time, and nearly nine lakh took it, the official said. This is below the average number of 12 lakh students who have been taking the test in recent years.

The number of candidates is expected to rise when the test is held again in April, because those in Class XII will by then have sat their board exams and would be free to participate. This week’s test mainly attracted unsuccessful candidates from last year.

A different set of questions was put to the candidates on each of the five days, so a separate list of percentile-based rankings will be declared for each day. There will be five of each rank, all considered equal.

The top 2.5 lakh rankers will be allowed to take the JEE Advanced for admission to the Indian Institutes of Technology.

Aadhaar not must for JEE and NET