Sail, 40, died in April and the police said the cause of his death was heart attack 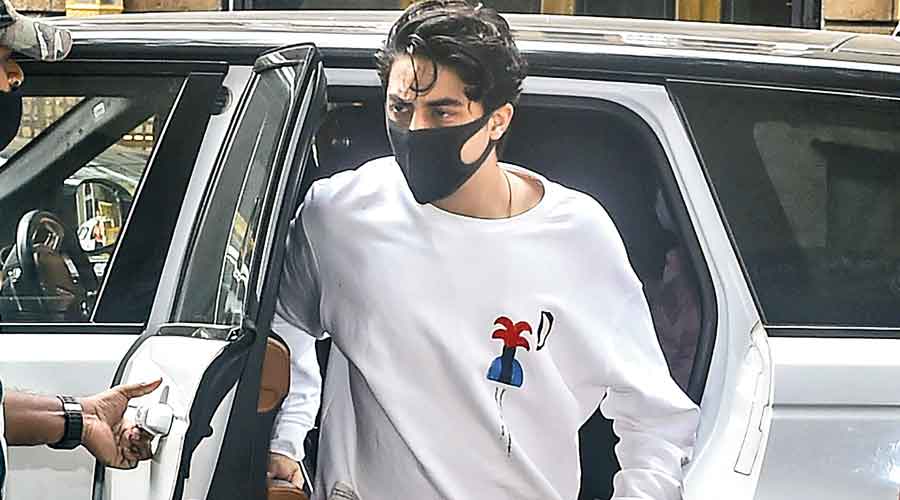 The NCB is understood to have not found any evidence to corroborate the allegation of a bid to extort money from Bollywood superstar Shah Rukh Khan to let off his son Aryan Khan following his apprehension by the agency's Mumbai unit in the controversial drugs-on-cruise case.

A vigilance probe was ordered by Narcotics Control Bureau (NCB) Director General S N Pradhan immediately after Prabhakar Sail, a witness, claimed in an affidavit and in subsequent interactions with the media that Rs 25 crore was allegedly demanded to let off Aryan Khan.

Aryan Khan, who was nabbed during the Cordelia cruise raids on October 2 last year and spent 22 days in jail, was given clean chit by the agency last week due to "lack of sufficient evidence".

Sail, now deceased, had alleged that he overheard K P Gosavi, his employer and also a witness in the case, speaking over phone with a person, named Sam D'souza, about a deal to finally settle the matter at Rs 18 crore and out of this, Rs 8 crore had to be paid to Sameer Wankhede, the then Mumbai Narcotics Control Bureau zonal director.

Sail, 40, died in April and the police said the cause of his death was heart attack. The agency had called him a hostile witness after he made the allegations.

Sail claimed that on October 3, 2021 he saw Gosavi meeting Shah Rukh Khan's manager Pooja Dadlani along with Sam and that they had a short meeting in her blue Mercedes car parked in the Lower Parel area of Mumbai. He stated in his affidavit that he collected two bags which he later found had Rs 38 lakh in cash.

While Wankhede has denied any wrongdoing, Gosavi is currently lodged in a Pune jail in an alleged fraud case filed by the Maharashtra Police.

Sources said the vigilance probe has reportedly found that the allegation of extortion from Aryan Khan's family were not true as there had been no physical or technical evidence corroborating the allegation and those named by Sail in the alleged conspiracy gave statements denying any such threat or bribe demand being made by the investigators or any other linked person.

The vigilance inquiry team is understood to have questioned and recorded the statements of "all the stakeholders", including Sail and officials of the NCB Mumbai zonal unit who undertook the action such as Wankhede, investigating officers V V Singh and Ashish Ranjan Prasad, Shah Rukh Khan and Dadlani.

CCTV footage of areas such as Lower Parel, Mantralaya (Maharashtra state secretariat), Tardeo Road, places around Trident Hotel and Vashi where Sail alleged "cash" exchanged hands has also been gathered by the agency while reaching the conclusion.

A final report of this vigilance inquiry, conducted by NCB deputy director general (northern region) Gyaneshwar Singh, is expected to be submitted soon to DG Pradhan.

The inquiry is also understood to have found "glaring procedural lapses" in the appointment of certain witnesses and other procedural shortcomings while conducting the raid at the international cruise terminal in Mumbai and thereafter.

Two days ago, a special investigation team (SIT) that re-investigated the entire drugs-on-cruise case and the role of the accused, filed a charge sheet before a Mumbai court giving clean chit to Aryan Khan and five others citing lack of sufficient evidence against them.

It, however, charged 14 others in the over 6,000 pages prosecution complaint field under various sections of the Narcotic Drugs and Psychotropic Substances Act (NDPS).

This SIT was also constituted by the NCB chief after the cruise raids and the subsequent action by the Mumbai NCB unit which courted controversy.

The NCB has said the initial arrests and investigation in the cruise drugs case by the team headed by Wankhede was shoddy and had many glaring lapses and that is why the SIT exonerated the six accused and it laid stress on the "touchstone of the principle of proof beyond reasonable doubt."

The SIT found that the NCB Mumbai action had many "grave irregularities" and that they were allegedly just trying to "implicate" Aryan Khan in this case.

Following these revelations, the Union government also recommend appropriate disciplinary action against Wankhede, a 2008-batch IRS officer, to be undertaken by his cadre controlling authority, the Central Board of Indirect Taxes and Customs (CBIC).

Sail had told the SIT that he was made to sign blank pages by Gosavi and that he did not see any drugs being seized.

Pradhan, soon after taking over as the NCB DG in July last year, had issued strict directives to his officers in the agency that he would want them to undertake professional, evidence-based and quality investigations into drugs cases that have national or international ramifications.

The DG has also asked his investigators to ensure that their action is backed by solid evidence so that a strong prosecution could be launched against big narcotics syndicates and cartels. He directed them to keep away from small drugs trafficking cases and the best they should do in such instances was to assist the local police or any other law enforcement agency in conducting the probe.