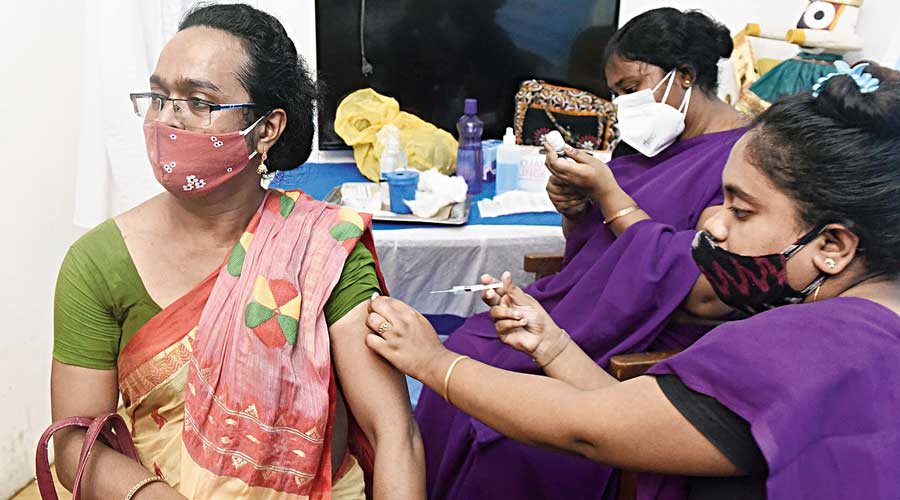 Prime Minister Narendra Modi should celebrate his birthday every day as some BJP-ruled states "performed" on the day and vaccinated many times the daily average, the Congress said on Saturday.

The party took a dig at Modi a day after India achieved the highest record of 2.5 crore COVID-19 vaccinations on a single day.

Congress leader Rahul Gandhi said this is the pace of vaccination the country needs.

"Looking forward to many more days of 2.1 crore vaccinations. This pace is what our country needs," he tweeted.

Party leader P Chidambaram said he was happy and grateful that 2.5 crore vaccinations were administered on Friday. "But why did we have to wait until the PM's birthday," he asked.

Suppose the prime minister's birthday was on December 31, would the 2.5 crore vaccinations have been done only on the last day of the year, Chidambaram also asked.

"BJP ruled states -- UP, MP, Gujarat and Karnataka -- 'perform' on the PM's birthday and vaccinate many times the daily average. On other days, they are 'non-performing' states.

"I wish the PM celebrated his birthday every day," the former Union finance minister added.

In another tweet, he said, one-third of the adult population was yet to receive its first dose and only 21 per cent had been fully vaccinated.

Prime Minister Modi, in a swipe at the opposition, on Saturday said there is talk of fever as a vaccine side-effect, but a political party experienced fever after 2.5 crore vaccines were administered on his birthday.