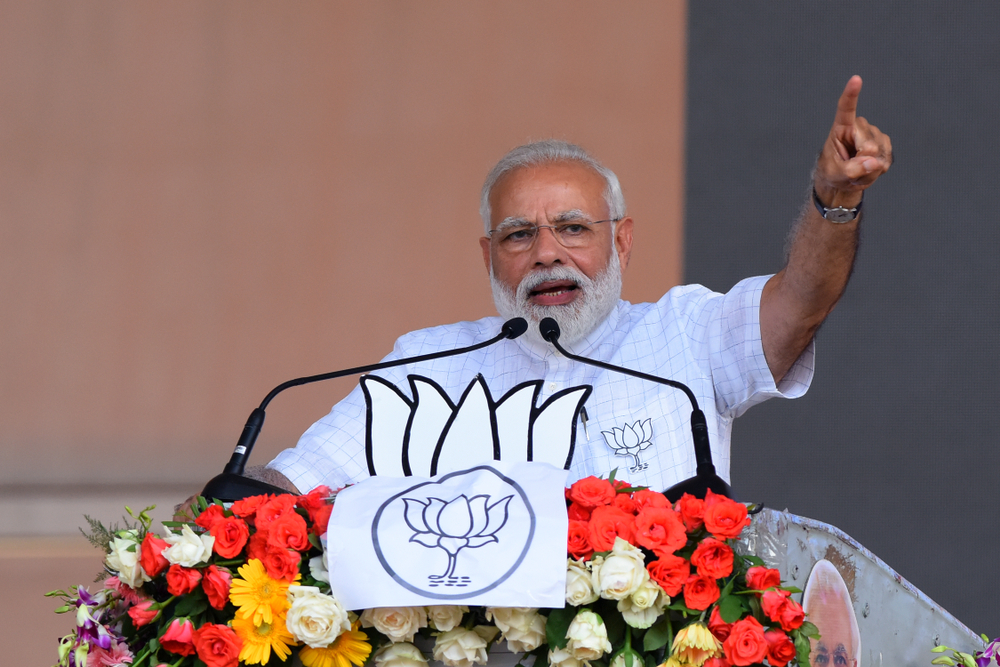 Prime Minister Narendra Modi Sunday reminded people of the Emergency and urged them not to take democracy 'for granted', saying in day-to-day life, it is difficult to savour the joy of democratic rights, unless they are snatched away.

In his first 'Mann ki Baat' monthly radio address after returning to power, he said everyday when one gets to eat food on time, one doesn't realize what hunger pangs are.

'Similarly, in day-to-day life, it is difficult to savour the joy of democratic rights, unless they are snatched away. During Emergency, every citizen of the country had started getting the feeling that something that belonged to him had been snatched away. If what was snatched had never been enjoyed by that person, ever, it had to eventually precipitate into a painful inner agony,' he said.

The prime minister reminded people that in order to ensure smooth conduct of the social order, a constitution is required. 'Laws and rules are necessary, rights and duties should be part of due discourse,' he said.

On June 25, India marked the 44th anniversary of Emergency.

In 1977 Lok Sabha elections, the PM said, people voted without bothering about other rights and requirements.

They voted, he said, 'just for the sake of saving democracy. And the country had witnessed one such Election in 1977.'

'When something is in close proximity of us, we tend to underestimate its importance. We ignore even amazing facts about it. We have been blessed with a democracy so invaluable, yet we take it for granted so easily,' he said.

Modi was of the view that people must keep reminding themselves that democracy is 'gloriously great, it flows in our veins, through centuries of dedicated practice.'

Referring to the recently-concluded Lok Sabha election, he said a record 61 crore out of nearly 91 crore voters exercised their franchise.

He pointed out that lakhs of teachers, officers and staff strived day and night to carry out the exercise.

'Besides this, there is another fact pertaining to these elections that swells our hearts with pride. Perhaps, this is the first time ever that women have enthusiastically voted, as much as men did. This time the ratio of men and women who voted was almost the same.

'Another encouraging fact is that, today, there are a record 78 women Members of Parliament. I congratulate the Election Commission and every person connected with the electioneering process and salute the aware voters of India,' Modi said.

The prime minister also used the opportunity to ask people to read more and more books at a time when everything is available using 'Google guru'.

He said he prefers books and not bouquets as gifts and referred to a collection of Munshi Premchand's stories which he went through again recently.

' ... in today's digital world and in the time of Google Guru ... take some time out from your daily routine and devote it to books,' he said.