Twitterati are having a field day since Monday, when a trailer for the upcoming Man Vs wild show was released featuring Narendra Modi 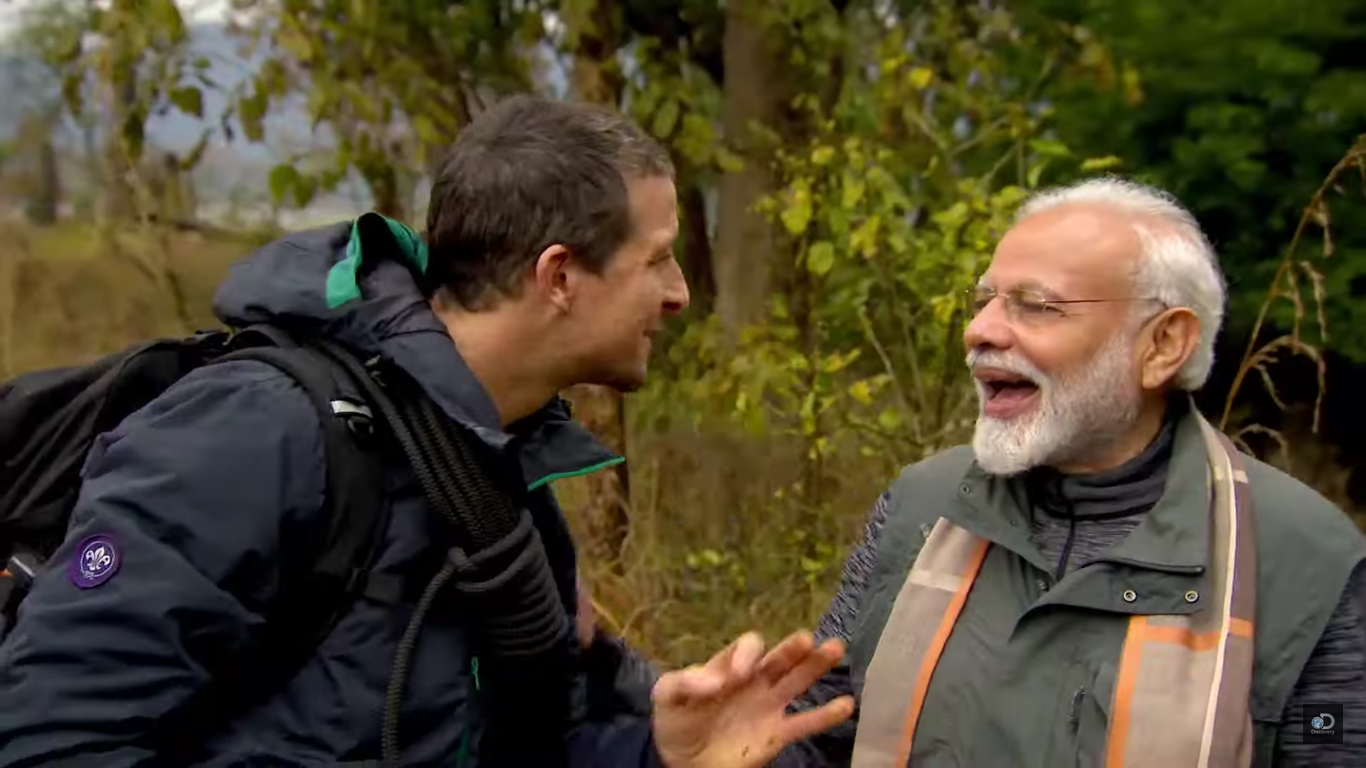 The show was shot in February this year at the Jim Corbett National Park in Uttarakhand
Screengrab from Discovery channel video
The Telegraph   |   New Delhi   |   Published 30.07.19, 10:21 AM

Twenty-four hours after Bear Grylls announced that Narendra Modi would be on a Man Vs Wild adventure with him, the memes have not stopped.

Netizens rarely miss a chance to have a good laugh at their political leaders’ expense and the promo released by Discovery Channel for the show, which will be aired on August 12, provided them just that opportunity.

Talk has swirled that at the time Modi was doing the shoot, 40 CRPF jawans were killed in a terror attack in Plwama on February 14.

The attack had taken place at 3.10pm. Quoting an Uttarakhand official, The Telegraph had then reported that Modi was in the Corbett park, where he went on a safari and participated in filming from 2.30pm to 4.30pm.

Modi had briefly addressed a rally after that, during which he did not refer to the terror strike, which had fuelled questions whether he had been apprised of the attack. The Opposition Congress had also cited the filming as evidence of “insensitivity”.

The circumstances of the show are political, so are some of the memes.

Who called it Man vs Wild instead of Vann ki Baat?

Bear Grylls after coming out of that jungle 🤪 #ManVsWild pic.twitter.com/ImL7naAfQT