Surprisingly, even the temple staff were unaware of the theft 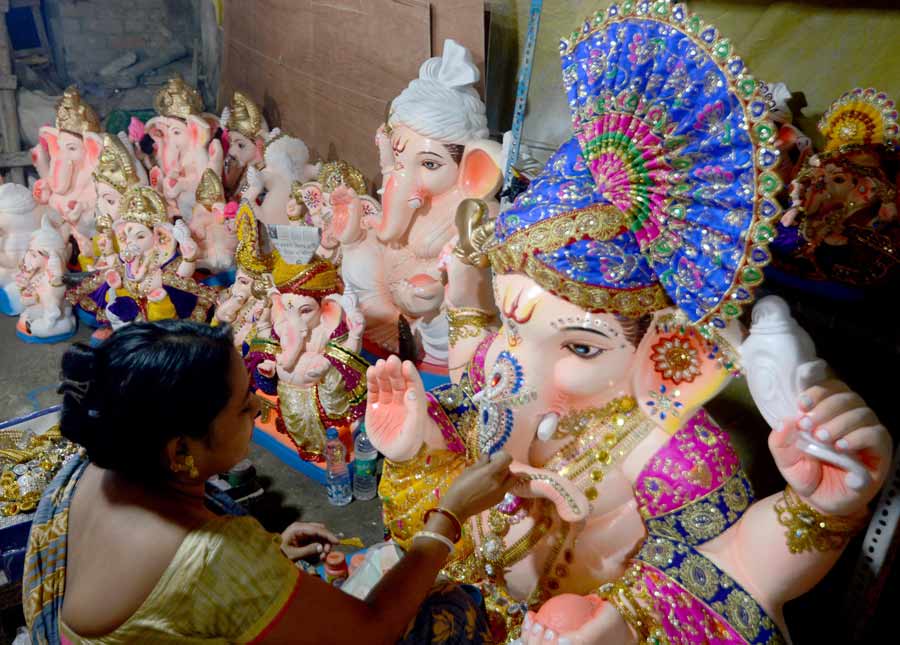 Investigation in the Lord Ganesha idol missing case led to the accidental discovery of 11 other idols of gods and goddesses, including two in museums located in the United States, the Tamil Nadu Idol Wing CID said on Monday.

Strangely, the temple authorities were unaware of the missing idols, until the officials from the wing informed them about the outcome of their investigation. Regarding the Ganesha idol, the complaint was preferred by the temple watchman, the police said.

The Ganesha idol belonged to the Arulmigu Pannaka Parameswara Swamy Temple at Pannatheru in Nagapattinam district.

"Investigation into the theft of an idol, stolen 40 years ago, that was conducted on a complaint by a temple watchman surprisingly led to the finding that 11 more antique idols had been stolen from the temple," K Jayanth Murali, DGP, Idol Wing said.

"Surprisingly, even the temple staff were unaware of the theft," he said. So far, no complaint has been received by the Idol Wing except for the one idol in the above complaint.

As per the investigation, the temple had three idols of Lord Ganesha, and of them one is still with the temple. Of the two stolen Ganesha idols, one has been traced to Norton Simon Museum in the US and the other is yet to be traced, he said.

An idol of Goddess Devi, which also went missing 40 years ago, has been traced to Sotheby's Auction House in New York.

"The Idol Wing has completed the preparation of legal documents for retrieving both the traced idols and will be submitting the same soon," he said in a statement here.

Images provided by the French Institute of Pondicherry, which has a collection of 1,40,000 photographs of temples and historical structures in south India, were matched to ascertain the presence of the idol in US museums.

During the investigation, the sleuths were shocked to know that not just Lord Ganesha but 11 other idols, namely Somaskandar, Chandrasekhara Amman, Devi, Astiradevar, Pidari Amman, Navagraha Surya, Boghasakthi Amman, Dancing Sambandhar, Chandrasekhar with Chandrasekhar Amman, standing Chandrasekhar and standing Vinayakar were stolen from the temple.

Interestingly, even the temple did not have a list of the above idols in their records. Due to the passage of time, even the staunch temple devotees had no clue that these idols had gone missing from the temple.

At this point, it appears as though the idols were stolen from the temple not all at once but one by one over a period with the connivance of those entrusted with the affairs of the temple, the release claimed. "Investigation will be taken soon to bring out the truth," the release said.

As the investigation progressed, the Idol Wing was fortunate enough to trace one of the two stolen bronze Vinayagar idols to the Norton Simon Museum.

Further, valuable inputs from a heritage enthusiast corroborated the investigating officer's findings. This idol belonging to the Madurai Adheenam, measuring about 1.5 feet tall and 1 foot wide, is exquisitely carved and is reported to be worth over Rs 3 crore in the international market.

The Idol Wing has prepared papers of request to the US for sending back the antique bronze idols of Devi and Ganesha under the agreement between the Government of India and the US concerning Mutual Legal Assistance in Criminal Matters.