The petitioners have sought ownership of the entire 13.37 acres where the Sri Krishna temple and mosque have stood side by side for centuries 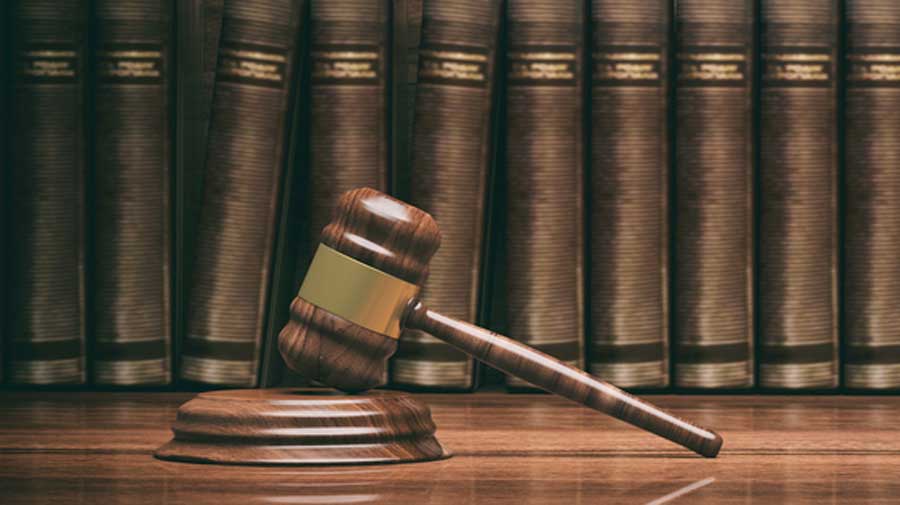 It’s a template borrowed from the Ram Janmabhoomi movement in Ayodhya that resulted in the Babri Masjid being demolished by a mob in 1992 and the Supreme Court handing over the disputed plot to the Hindu side last November.
Shutterstock
Piyush Srivastava   |   Lucknow   |   Published 29.09.20, 12:52 AM

Till last weekend, just about a half-dozen policemen idled around the gates of Mathura’s Sri Krishna Janmabhoomi temple. Now there are two dozen, many carrying sophisticated firearms.

The change is the result of a petition moved on Friday in a Mathura civil court by Ranjana Agnihotri, a Lucknow lawyer close to the Vishwa Hindu Parishad, and six others.

Calling themselves “friends of Sri Krishna Virajman”, the petitioners have sought — on the god’s behalf — ownership of the entire 13.37 acres where the temple and the Shahi Idgah mosque have stood side by side for centuries. The subtext: the mosque should be removed.

It’s a template borrowed from the Ram Janmabhoomi movement in Ayodhya that resulted in the Babri Masjid being demolished by a mob in 1992 and the Supreme Court handing over the disputed plot to the Hindu side last November.

However, there’s one difference. Unlike the custodians of the makeshift Ram temple in Ayodhya who were in the forefront of the movement, the trust that runs the Krishna temple in Mathura wants nothing to do with the call for the Shahi Idgah mosque’s removal.

“It’s a BJP ploy to try and win the 2022 Assembly elections. The BJP governments in Uttar Pradesh and at the Centre want to create a stir around the subject in the state and the country,” said a member of the Sri Krishna Janmasthan Seva Sansthan, who didn’t want to be named.

Sansthan secretary Kapil Sharma said: “Certain unscrupulous people are trying to create a controversy out of nothing. They will vitiate the atmosphere in the country. The Sansthan pays tax for the (part of the) land (on which the temple stands) and has no problem with the mosque.”

In Ayodhya, the Hindu side had claimed the Babri Masjid was built after demolishing a temple that stood at the site of Ram’s birth. But both the Sansthan and the mosque trust in Mathura — respondents in the Krishna Janmabhoomi case — say the temple and the mosque have stood side by side for centuries.

Both were built sometime in the “Mughal era”, they say, with no clarity on — or concern over — which was built first. They agree they each own a part of the land — the part on which their place of worship stands.

“We have enjoyed cordial relations with the Sansthan for decades,” said Tanveer Ahmad, secretary of the Committee of Management Trust of Shahi Idgah Masjid.

“Those who have petitioned the court haven’t done anything for the temple ever. Devotees of Lord Krishna visit the temple and Muslims offer namaz in the mosque every day.”

There was never any issue except a minor one that was sorted out easily over a half-century ago. “We entered into an agreement with the temple trust in the 1960s that none of the nullahs (drains) originating from the mosque would open towards the temple,” Ahmad said.

He added: “As for ownership of the land on which the mosque stands, we are ready with documents to submit in the court after the hearing starts on September 30.”

Agnihotri had told reporters after filing the petition that the mosque stood on the exact site where Krishna was born. “It (the birthplace) was forcibly encroached upon during the Mughal period.”

The Krishna Janmabhoomi demand was voiced in the 1980s when the BJP-VHP stepped up the Ayodhya movement. It never gained much momentum, with the handful of guards posted outside the complex its only visible effect.

But some Hindutva groups began making a noise about Krishna Janmabhoomi after last November’s Ayodhya verdict. Twenty-two members of the little-known Hindu Army were arrested this month after plastering Mathura with posters announcing a temple movement.

On Sunday, former BJP national vice-president Vinay Katiyar, a key accused in the Babri demolition case whose verdict is expected this week, said: “We have won the Ayodhya case; now it’s the turn of Mathura.”

Narendra Giri, president of the Akhara Parishad — a union of all 13 akharas in the country — has suggested that “Muslims should by themselves leave the site where the mosque is standing in Mathura”. “Otherwise, we’ll take it from them with the help of the court,” he said in Allahabad on Monday.

While Sharma is unhappy with the turn of events, he sounded a little amused as he said the filing of the petition had raised the footfall at the temple threefold. “The daily count of devotees has increased in the last three days from 5,000 to 15,000,” he said.