An advocate and six others approached the court in Mathura demanding that the 13.37 acres be transferred to them, identifying the precise location of Shahi Idgah Masjid as the birthplace of Krishna 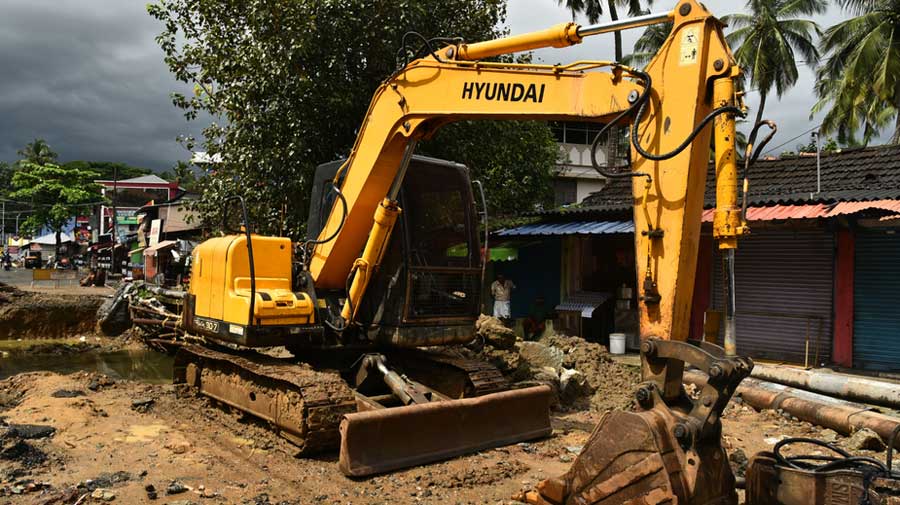 The petitioners have sought the removal of the mosque, claiming it had been constructed by the Mughals by destroying structures of the adjoining temple.
Shutterstock
Piyush Srivastava   |   Lucknow   |   Published 27.09.20, 02:20 AM

Seven people identifying themselves as “friends” of Lord Krishna have filed a civil suit in a Mathura court on behalf of “Bhagwan Sri Krishna Virajman” seeking the handover of land on which a temple and a mosque stand to them.

Ranjana Agnihotri, an advocate in Lucknow, and six others on Friday approached the court of the civil judge, senior division, in Mathura demanding that the 13.37 acres be transferred to them, identifying the precise location of Shahi Idgah Masjid as the birthplace of Lord Krishna (Krishna Janmabhoomi).

The petitioners have sought the removal of the mosque, claiming it had been constructed by the Mughals by destroying structures of the adjoining temple.

Last Sunday, 22 members of the Hindu Army had been arrested after the fringe group announced a “Krishna Janmabhoomi movement” — a longstanding Sangh parivar demand to remove the Shahi Idgah adjacent to the Krishna temple in Mathura. Such a movement is expected to help the BJP in the 2022 Uttar Pradesh Assembly elections.

The petitioners in the Mathura court have mentioned the address of the birthplace of the Lord as “Bhagwan Sri Krishna, Katra Keshav Dev Khewat, Mauja Mathura Bazaar Sheher”.

The case bears an uneasy resemblance with the one filed on behalf of Ram Lalla Virajman in the 1980s in connection with the Ayodhya land dispute. The Babri Masjid, whose area was identified as the birthplace of Lord Ram, was demolished in 1992 by a Vishwa Hindu Parishad and BJP mob in one of the most infamous chapters of Indian history, with the decades-old case culminating in the Supreme Court’s handover of the disputed land in Ayodhya last year for the construction of a Ram temple.

In Mathura, the Krishna temple is looked after by the Sri Krishna Janmasthan Sewa Sansthan trust. The trust had entered into an agreement with the Shahi Idgah Trust in 1968 to coexist peacefully.

However, Vishnu Shankar Jain, the counsel for the seven petitioners, said: “The agreement between the Sewa Sansthan and the management of the Idgah is illegal as it was done with wrong intentions.”

The petitioners have alleged that the Krishna temple trust had usurped the shrine’s properties.

A member of the Sewa Sansthan said on condition of anonymity that the temple and the mosque had coexisted for the past six decades.

“The two trusts had entered into an agreement that they wouldn’t make this a religious issue and would allow people of other religions to visit the mosque and the temple. A local court had accepted the agreement in 1973. Some people associated with the VHP are trying to raise this issue before the 2022 Assembly elections to help the BJP claim that the Idgah was built at the birthplace of Lord Krishna during the Mughal period. We have done substantial research and didn’t find any evidence in favour of this claim,” he said.

“Further, the Places of Worship Act, 1991, provides for freezing the status of religious places as they were on August 15, 1947. The act had excluded the Ayodhya case from its purview,” the trustee added.