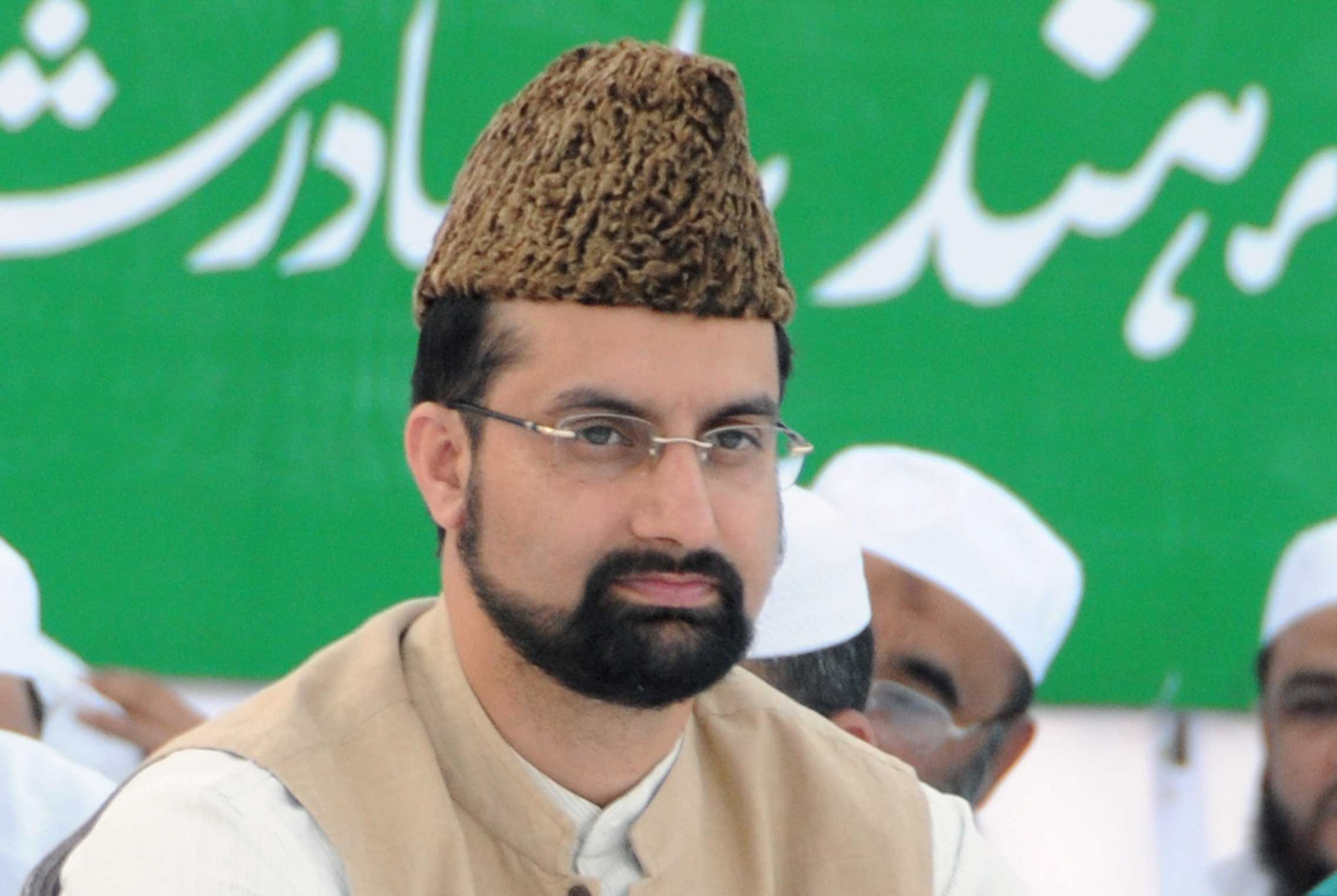 Sympathisers of the Islamic State on Friday briefly took over the pulpit of the grand mosque in Srinagar, the seat of moderate Hurriyat chairman Mirwaiz Umar Farooq, and raised slogans for a pan-Islamic caliphate.

The Mirwaiz group has accused the youths of desecrating the mosque and condemned their action.

Srinagar’s Jamia mosque is the foremost separatist platform in Valley and has been the bastion of the Mirwaiz-led pro-Pakistani Awami Action Committee for generations. Thousands join Friday prayers at the mosque to hear the address of the Mirwaiz (chief priest) and no other individual is allowed to speak from the pulpit without permission.

But a video surfaced on Saturday showing at least a dozen youths, some carrying IS flags, reaching the pulpit to wave the flags and raise slogans. One of them is sitting atop.

A youth, possibly a Mirwaiz supporter, is seen trying to dislodge him from the pulpit. The IS supporter resists the attempts and then stands to continue shouting “Dawlat e Islamiya (Islamic State) – Zindabad”. The youths later dispersed.

The incident happened after the thousands of people who had come to the mosque for Friday prayers had left.

As always, the Mirwaiz had delivered a speech from the pulpit.

The pan-Islamic ideology of global terror groups such as al Qaida and the Islamic State is emerging as a challenge for pro-Pakistan groups that have in recent years succeeded in seizing the street narrative from the pro-freedom groups in the Valley.

The al Qaida and Islamic State franchises are called Ansar Ghazwat ul Hind and IS of Jammu and Kashmir. Several militants associated with these groups have been killed this year by security forces but Ansar commander Zakir Musa is still at large.

Pro-Pakistan militant groups such as the Hizb-ul Mujahideen, Lashkar and Jaish are fiercely opposed to them. Some people have lost their lives in the purported attacks by groups from one or the other side this year.

Unlike the pro-Pakistan groups, they have no access to arms and ammunition and have to rely on weapons snatched from forces to survive. This is seen as one reason why the number of their recruits is low even though many youths are believed to be influenced by their ideology.

The Mirwaiz-led Anjuman e Auqaf, the caretaker of the mosque, has condemned what it described as “desecration”. A spokesman said masked youths desecrated the mosque after “nimazees” (worshippers) had left.

“A group of masked boys entered the mosque and rushed to the pulpit, when one among them stood atop the pulpit with his shoes on, screaming slogans and creating a ruckus. In the meantime his associates videotaped it and the video has been put on social media. This clearly indicates that this incident was deliberate and planned,” the spokesperson said.

“It has naturally led to shock, outrage and deep resentment among people and deeply hurt their sentiments associated with the mosque”.

The spokesman called the youths a “lumpen group of hooligans” who are hiding their identity behind masks.

“It shows utter disregard of this group of miscreants for Islamic institutions, values and Islamic teachings. Such elements not only malign the name of Islam but also abuse it,” he said.

The Anjuman has warned “those elements or agencies behind this incident” that people will not tolerate such acts, suggesting they are backed by the state.

NIA claims to have busted IS module planning attacks