NIA claims to have busted IS module planning attacks

The agency arrested 10 suspects, including a Muslim legal expert from Uttar Pradesh, and an engineering student 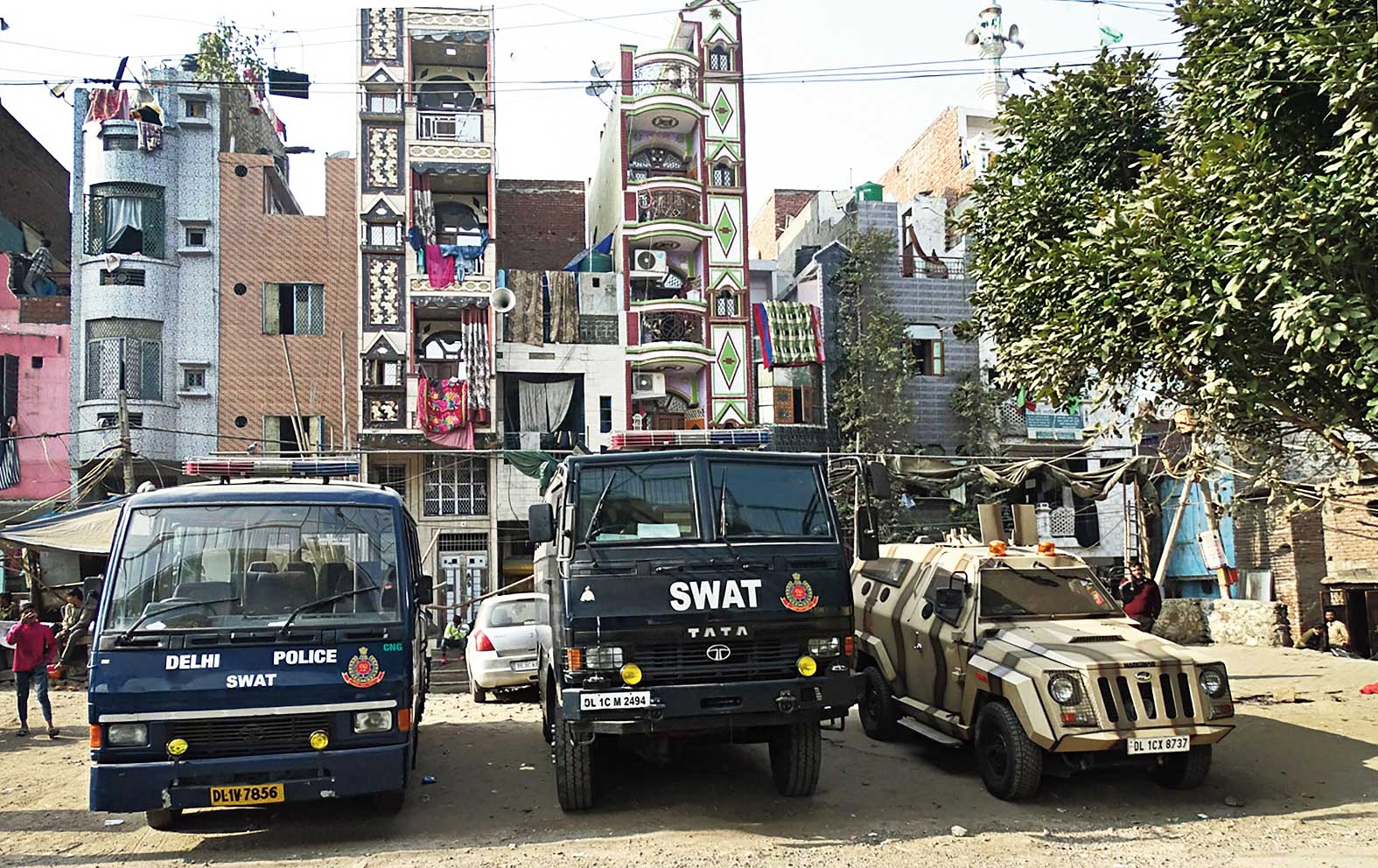 The agency arrested 10 suspects, including a mufti from Uttar Pradesh, and an engineering student, officials said. A mufti is a Muslim legal expert empowered to give rulings on religious matters.

A locally made rocket launcher, material for suicide vests and 100 alarm clocks to be used as timers were recovered from the searches across 17 locations in Delhi and Meerut, Amroha and Lucknow in Uttar Pradesh, said NIA inspector-general and spokesperson Alok Mittal.

Following the searches, the probe agency rounded up 16 persons of the group, Harkat ul Harb e Islam, which loosely translates into war for the cause of Islam, officials said.

Of the 16, 10 were arrested by the agency while six are being interrogated. More arrests are likely, Mittal said.

Five were arrested from Amroha and five from Seelampur and Jafrabad localities in north east Delhi, he said. 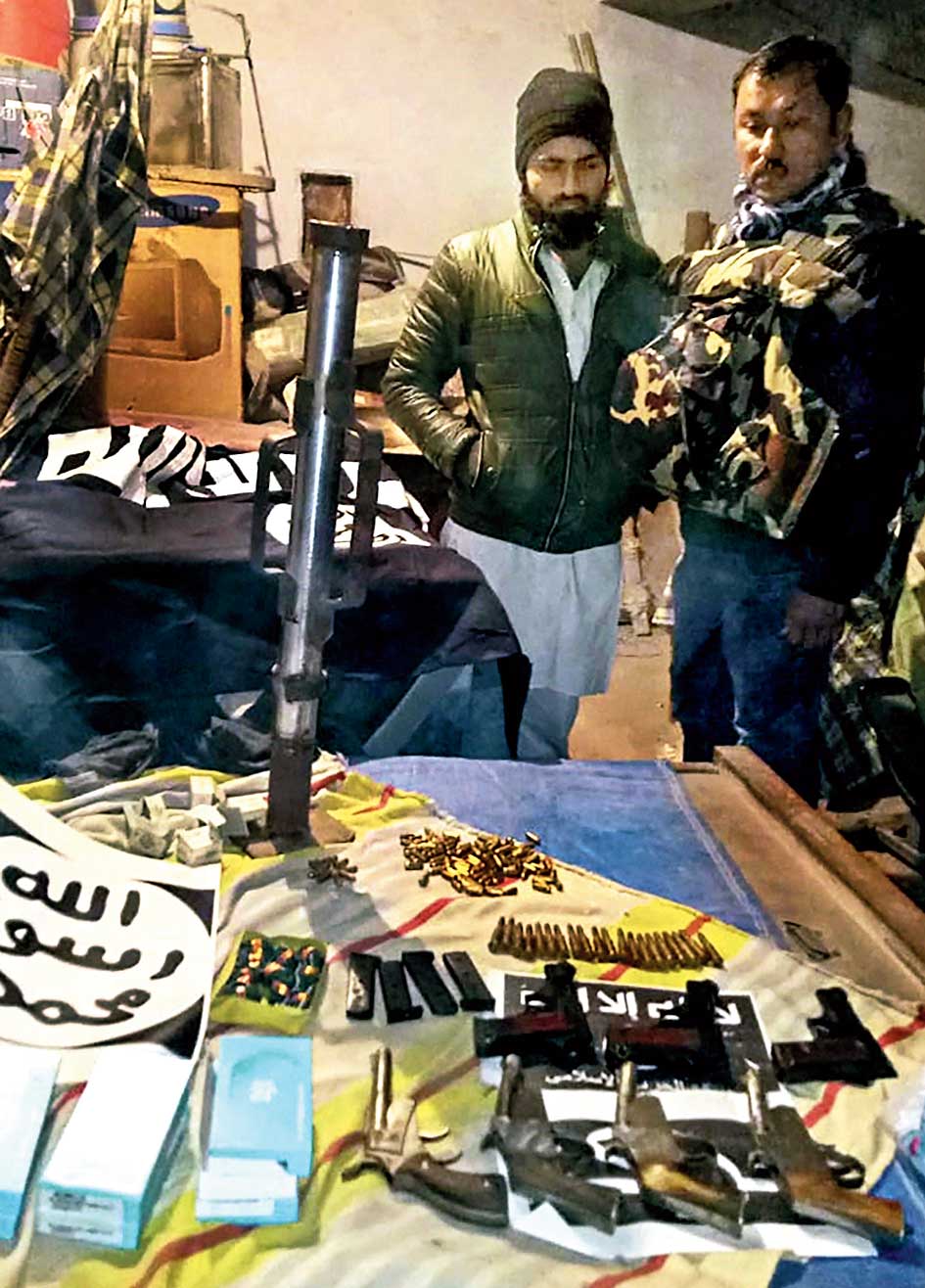 A rocket launcher and weapons and ammunition allegedly recovered by the NIA during its raids displayed in New Delhi on Wednesday.
(PTI)

The agency said the “highly radicalised module” was completely self-funded and no criminal antecedent of its members had surfaced so far.

“The members were in advanced stage of preparation. They were just waiting for the successful assembly of bombs and wanted to hit multiple locations using remote-controlled IEDs, fidayeen attacks using suicide vests and pipe bombs,” Mittal told reporters.

Those arrested include the mufti and alleged mastermind, Mohammed Sohail, 29, from Amroha in western Uttar Pradesh, an engineering student in a private university in Noida and a third-year graduation student in humanities as well as two welders, he said.

He added that the agency found a video where Sohail is demonstrating how to complete a bomb circuit.

During the searches, the agency said, it recovered a huge cache of handmade weapons, including a yet to be tested rocket launcher, material for suicide vests, 12 locally made pistols, hundreds of live rounds of bullets, 100 mobiles and 135 SIM cards, he disclosed.

The agency recovered Rs 7.5 lakh in cash, 100 alarm clocks to be used as timer devices for bombs and 25 kilograms of bomb-making ingredients.

Giving details of the initial investigation by the agency, Mittal said the suspects had carried out reconnaissance of vital government installations and planned to target political personalities and other important persons.

“The level of preparation showed they were planning to carry out fidayeen attacks in the near future,” he said.

The module was allegedly formed about three to four months ago by Sohail who brought all its members together. They remained in touch through data-based messaging applications WhatsApp and Telegram, the officials said.

Surveillance of the suspected members of the group started after the agency got inputs about their plans. Seeing the alarming pace of progress, the agency decided to bust the group with help from Delhi police’s special cell and Uttar Pradesh police’s anti-terrorists squad.

“So far, no criminal record of any of the arrested members of the module has surfaced. It looks like they were self-trained and self-motivated through the Internet,” Mittal said.

The officials refused to comment on media reports quoting other agencies involved in the operation that the RSS headquarters and Delhi police headquarters were also on the hit list.

“They (the other agencies) can say whatever they feel like. But being the investigating agency of this case... we cannot make any such claim unless we have some corroborative material to support it,” a senior NIA officer said.