A total of 14 Maoists were killed while 590 were either apprehended or had surrendered during operations, launched in two states 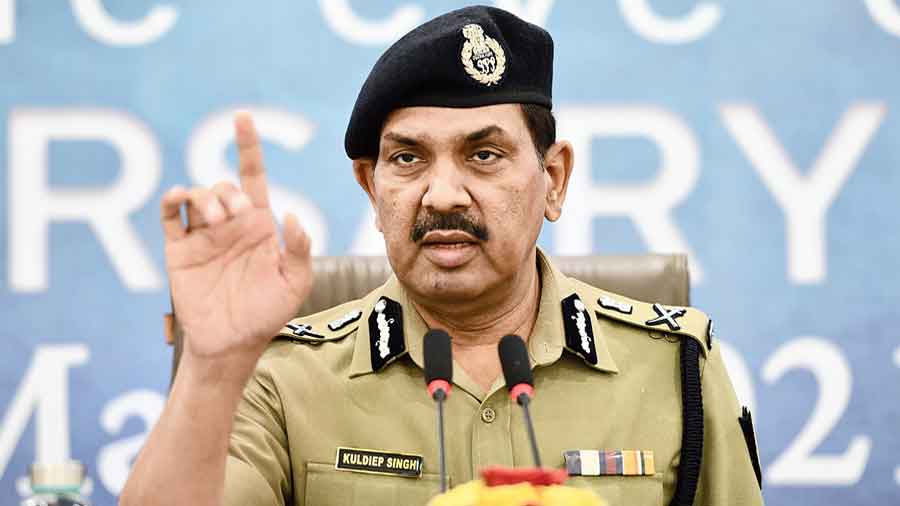 Two large Naxal-affected forested areas in Jharkhand and Bihar have been "completely cleaned off and captured" by the security forces even as the most violence-prone districts under this category have gone down to an all-time low of 25, CRPF DG Kuldiep Singh said Wednesday.

Union Home Minister Amit Shah later tweeted to say that a "historic milestone was crossed" in the internal security domain of the country with this development. The CRPF chief told reporters during a press conference here that the 'Budapahad' area in Garhwa district of Jharkhand and the 'Chakrabandha' jungle area scattered across Gaya and Aurangabad districts of Bihar have been freed from Naxals after joint security forces, under the overall command of the paramilitary force, mounted three special operations beginning April.

He said Bihar is now free from the Naxal menace and the forces can reach any place in either of the two states.The Central Reserve Police Force (CRPF) is designated as the lead anti-Naxal operations force of the country and it has deployed close to a lakh troops for this task in about 10 states.

A total of 14 Maoists were killed while 590 were either apprehended or had surrendered during these operations, launched in the two states along with Madhya Pradesh and Maharashtra.

The 'Budapahad' and 'Chakrabandha' areas have been completely captured, completely cleaned by the security forces and we have created bases and a huge number of personnel are camping here now. Day before yesterday, we landed a helicopter in the 'Budapahad' area too, Singh said.

Many operations launched here were not successful over the last 30 years as these areas were difficult to reach and mined by Naxals by using improvised explosive devices (IEDs), he said. He said the forces launched three operations, codenamed 'octopus', 'double bull' and 'thunderstorm', to clear these two areas in Jharkhand and Bihar which have an area of about 4x3 kms and 8x7 kms respectively.

Development works have been launched in these areas in full steam and the state government officials are also visiting these locations. Construction of roads is undergoing at these two locations in full swing, he said.

We have managed to cut off the logistics of the Maoists and funding too, he said adding there was "one source" that helped them in the Jharkhand operation.We want to ensure that the Maoists get no chance to return in these areas now, the DG said.Union Home Minister Amit Shah complimented the security forces and the CRPF."A historic milestone has been crossed in the internal security domain of the country. Under the leadership of PM @narendramodi ji, the security forces have achieved unprecedented success in the decisive battle against Left Wing Extremism across the country.

"For this, I congratulate @crpfindia, the security agencies and the state police forces," he wrote on Twitter.

For the first time, Shah tweeted, permanent camps of security forces have been established by successfully evacuating Maoists from the inaccessible areas of Budhapahad, Chakrabandha and Bhimabandh."Under the leadership of @narendramodi ji the policy of zero tolerance of the Ministry of Home Affairs against terrorism and LWE will continue and this fight will intensify further."

"In these months-long operations in the strongholds of the top Maoists, security forces achieved unprecedented success, in which 14 Maoists were killed and over 590 arrested/surrendered including those Maoists who had bounty of lakhs and crores on their heads like Mithilesh Mahto who had a reward of Rs 1 crore," the minister said.

The CRPF DG said the forces are undertaking a "decisive battle" in LWE-affected states and the battle in its last stages.We are working under a special strategy by including state police forces too, he said.

Asked about the scenario in the highest Naxal violence affected Chhattisgarh, Singh said they were "hopeful of getting similar results" in that state too.

This year, during the annual operational campaign of the Naxals, called tactical counter offensive campaign or TCOC, we did not give them "any chance" and there was no casualty of the forces in Chhattisgarh, he said.We have established as many as 19 forward camps over the last two years in Chhattisgarh and we are making inroads in the Naxal territory there too, Singh said.The DG said this year, in comparison to 2018, there has been a 39 per cent reduction in the incidents of LWE violence, 26 per cent reduction in the number of casualties suffered by the security forces while civilian deaths have reduced by 44 per cent.The number of districts reporting LWE violence has decreased by 24 per cent and the number of these districts has been reduced to just 39 (128 police station areas) in 2022, he said.

Of these 39, only 25 are in the category of most violence prone districts, he said adding that the area where Naxals were operating are "shrinking" and in many states they were reduced to be effective in small parts.

Asked about the apprehension or whereabouts of top Naxal commanders like Hidma (of PLGA battalion no 1) and CPI (Maoist) chief Basava Raju, the DG said all these heads were on their radar and Raju was the "number one target."I believe...like they say in Chess, get the king and the game is over. So, while we are working against all LWE operatives, I am sure when the king is caught, the army cannot fight, he said.