Mamata Banerjee, Sachin Pilot slam Centre over the increase in the rates 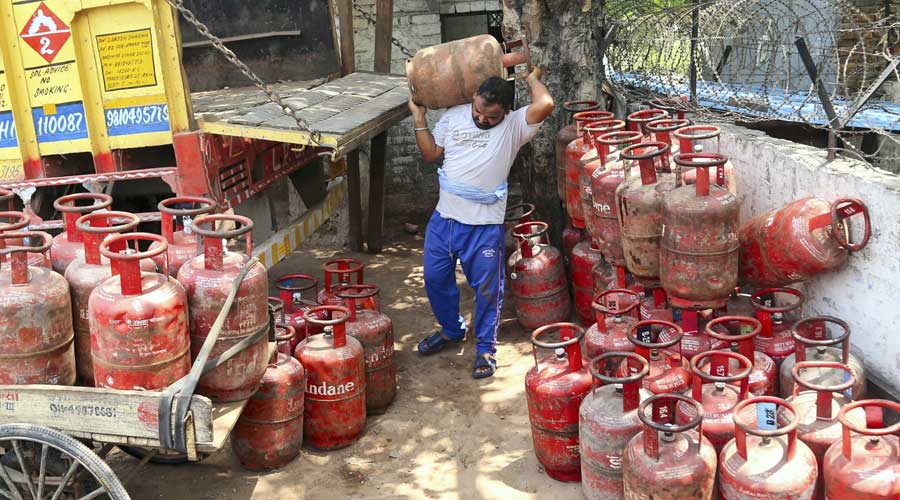 Cooking gas LPG prices were on Saturday hiked by Rs 50 per cylinder, the second increase in rates in just over six weeks following the firming of international energy rates.

Non-subsidised LPG now costs Rs 999.50 per 14.2-kg cylinder in the national capital, up from Rs 949.50 previously, according to a price notification of state-owned fuel retailers.

This is the second increase in LPG rates in just over six weeks. Prices were hiked by Rs 50 per cylinder on March 22.

Petrol and diesel prices however continue to be on freeze for over a month now. The pause followed rates being hiked by a record Rs 10 per litre in a matter of 16 days beginning March 22.

Non-subsidised cooking gas is the one that consumers buy after exhausting their quota of 12 cylinders at subsidised or below-market rates.

However, the government pays no subsidy on LPG in most cities and the price of the refill that consumers, including the poor women who got free connection under the much-talked Ujjwala scheme, is the same as non-subsidised or market price LPG.

Rates differ from state to state depending on the incidence of local taxes such as VAT. Prices are higher in states with higher taxes.

International oil prices have been on the rise this year. They jumped to a 13-year high of USD 140 per barrel in March before shedding some of the gains. Brent was trading at USD 109.77 per barrel on Saturday.

To compound things, the Indian rupee tumbled to a near Rs 77 to a dollar.India relies on overseas purchases to meet about 85 per cent of its oil requirement, making it one of the most vulnerable in Asia to higher oil prices.

After the news of a hike of Rs 50 in the price of a domestic LPG cylinder, West Bengal Chief Minister Mamata Banerjee on Saturday alleged that the BJP-led central government is "tormenting" the people of the country by regularly raising prices of fuel. She also accused the Centre of conducting a "great Indian loot" by hiking prices of petrol, diesel, LPG and other essential commodities.

"The Union government must immediately stop tormenting the people of India! By repeatedly increasing fuel prices, LPG prices & prices of essentialcommodities, @BJP4India is actually conducting a GreatIndianLoot. People are being fooled, Banerjee said on Twitter.

The Union government must immediately STOP TORMENTING the people of India!

By repeatedly increasing #fuel prices, #LPG prices & prices of #essentialcommodities, @BJP4India is actually conducting a #GreatIndianLoot. PEOPLE ARE BEING FOOLED.

Former Rajasthan deputy chief minister Sachin Pilot on Saturday slammed the Centre over the hike in price of domestic LPG, saying the BJP government is duping the people of the country.

"Every morning, the misgovernance of the central government brings new difficulties. The price of domestic gas cylinders has increased beyond Rs 1,000. This is like sprinkling salt on the wounds of the people, especially the poor and the middle class," Pilot tweeted in Hindi.

"The BJP is duping the people of the country by ensuring their income and savings are eclipsed by inflation," he added.

The Congress also said the central government should roll back the hike in the price of domestic cooking gas cylinder and bring it to the same level as it was for the subsidised cylinder in 2014.