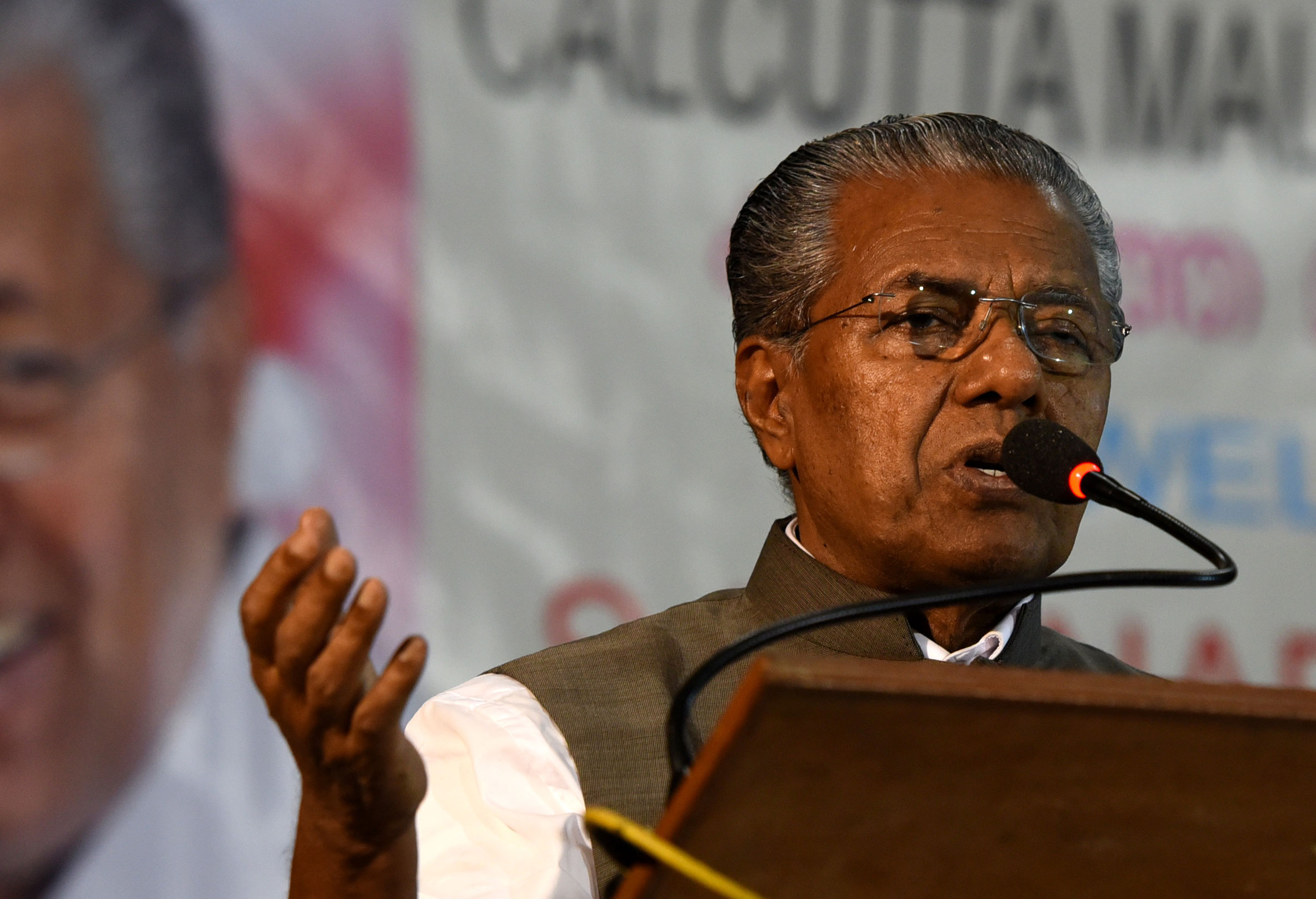 In Thiruvananthapuram, chief minister and CPM leader Vijayan said: “Such an unconstitutional law will have no place in Kerala and such a law will not be implemented in Kerala.”
Telegraph file picture
K.M. Rakesh   |   Bangalore   |   Published 12.12.19, 10:00 PM

The Kerala government has decided not to implement the Citizenship (Amendment) Bill enacted by the Centre, calling it unconstitutional.

Kerala chief minister Pinarayi Vijayan told reporters in Thiruvananthapuram on Thursday that his government had taken the decision based on the “unconstitutional” nature of the bill.

The Congress government in Punjab, headed by Amarinder Singh, also said it “would not let the legislation rip apart the secular fabric of the country, whose strength lies in its diversity”.

Singh said the bill was a direct assault on India’s secular character and Parliament had “no authority” to pass a law that “defiled” the Constitution and violated its basic principles.

Bengal has already declared that it would not implement the law.

In Thiruvananthapuram, chief minister and CPM leader Vijayan said: “Such an unconstitutional law will have no place in Kerala and such a law will not be implemented in Kerala.”

The state would inform the Centre of the decision and why it was taken.

“Our state cannot accept something that is unconstitutional and that would divide the people on the basis of religion,” the chief minister said.

Asked whether the state would be able to circumvent a law that is applicable to the whole country, the chief minister said there are ways to stop its enforcement.

He termed the bill a part of the RSS strategy which is similar to the ones adopted by the British in India and Hitler in Germany to divide people on the lines of religion. “But history has proved that such a strategy does not have much of a longevity,” Vijayan said.

“With the CAB, the centre is trying to fulfil the dream of (VD) Savarkar and (MS) Golwalkar to divide India on the basis of religion,” he said.

It is also a diversionary tactic to deflect people’s attention from the financial mess the government of Narendra Modi has landed the country in, he added.

“There are plenty of data that establishes the financial mess the economy is in. These communal forces are trying to divide the people and divert attention from these unpleasant realities,” said Vijayan.

He urged all those who believe in the Constitution and democracy to stand up and be counted.

Vijayan said the RSS and the BJP have set up very cruel political targets by passing the bill in Parliament.

“What is being staged is a conspiracy to make India a Hindu Rashtra by tearing up all values of secularism and unity to achieve total domination…. One wouldn’t be wrong in suspecting that this move is also to destroy the democratic nature of Indian nation,” he said.

“But I am sure this piece of law will not stand the scrutiny of the Supreme Court that has time and again insisted that secularism is the foundation of India,” Vijayan added.

“Ours is a rich society that has evolved over the years with the idea of unity in diversity. Communally dividing India is a move that will weaken the unity among the people,” he cautioned.

He pointed out that Muslims who chose India over Pakistan took that decision as they believed in secularism. “Those Muslims who joined India did so because they wanted to live in a secular society,” he added.