No one linked food with religion in the southern state: minister 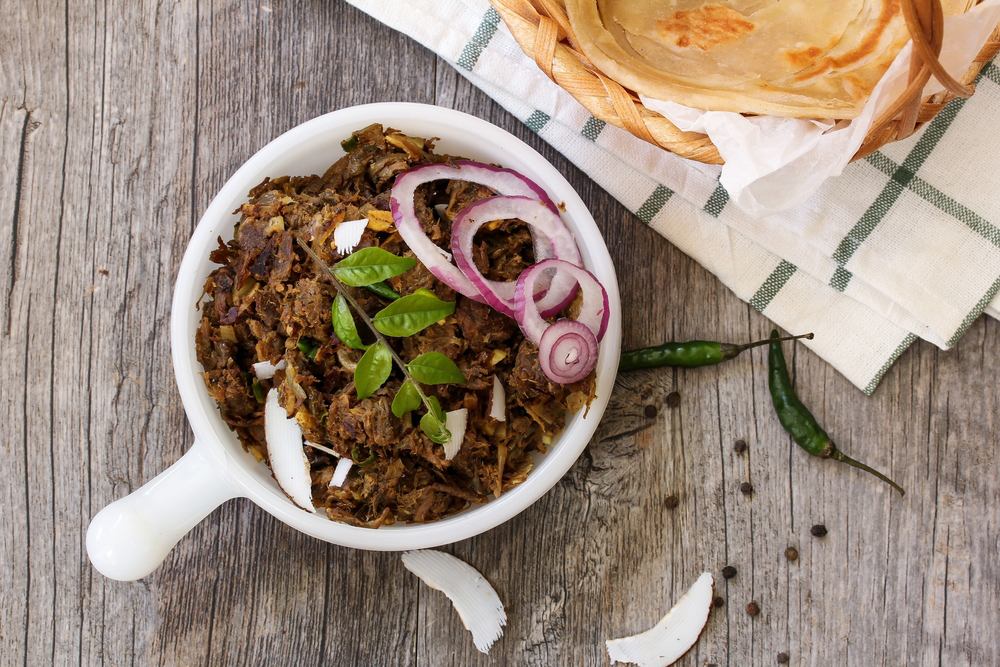 Some Twitter users were particularly unhappy that the tweet had appeared on Makar Sankranti, a Hindu festival
(Shutterstock)
PTI   |   Thiruvananthapuram   |   Published 17.01.20, 09:41 PM

A social media storm over a “beef fry” tweet by Kerala Tourism on Wednesday has prompted the CPM-led government to assert that food is not linked to religion in the state.

Slamming the state government, Karnataka BJP leader and MP Shobha Karandlaje had tweeted that the “Kerala communist govt have declared a war against Hindus of the state!”

On Friday, Kerala tourism minister Kadakampally Surendran criticised those trying to lend a communal colour to his department’s tweet on the delicacy, beef ularthiyathu, and asserted that no one linked food with religion in the southern state.

“Tender chunks of beef, slow-roasted with aromatic spices, coconut pieces, and curry leaves. A recipe for the most classic dish, beef ularthiyathu, the stuff of legends, from the land of spices, Kerala,” the tweet read along with a link to the recipe.

Some Twitter users were particularly unhappy that the tweet had appeared on Makar Sankranti, a Hindu festival celebrated as Pongal, Bihu and Lohri in various parts of the country.

Surendran slammed those saying the department should also upload pictures of pork dishes, accusing them of trying to communalise the matter and underlining that the department website already mentioned pork dishes. 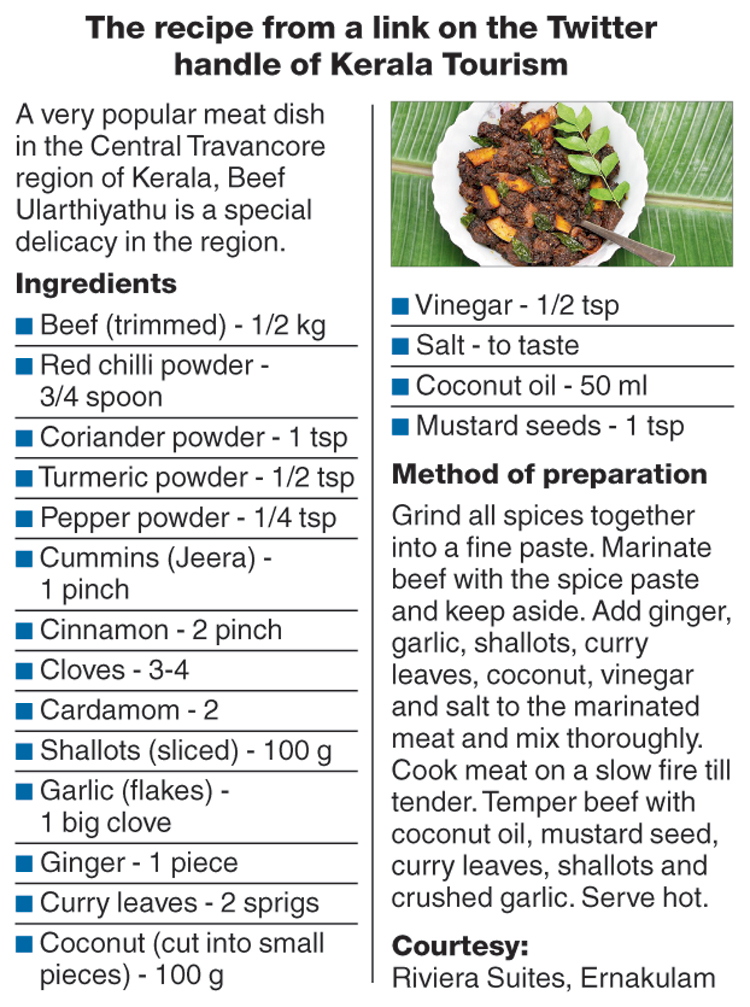 Karandlaje, MP from Udupi, had written: “The state (Kerala) government is taking a ride on Hindu sentiments by glorifying beef on #MakarSankranti day. Sick mindset of commies of Kerala is out for display. Communism is a disease, shame on u Kerala Tourism!”

Another tweeter posted: “Are you out of your mind? On Pongal and Sankranti when we revere cows, oxen, and cattle for their contribution to mankind’s easy existence and culture….”

Many, however, came out in support of the Kerala Tourism tweet. “One porotta and beef fry — a match made in heaven,” said a Twitter user from Kerala, sharing a picture of the dish.

Another tweeter shared an old video of BJP Rajya Sabha MP Suresh Gopi talking about how he had gained weight from eating beef.

“Dear bhakts, this is Malayalam actor Suresh Gopi... apparently he is also an MP of BJP (not elected by people, of course),” the tweet said.

Some stressed the popularity of pork dishes in Kerala. “We even have a hit movie based on the pork business. Maybe you should come out of your well,” a tweet read.