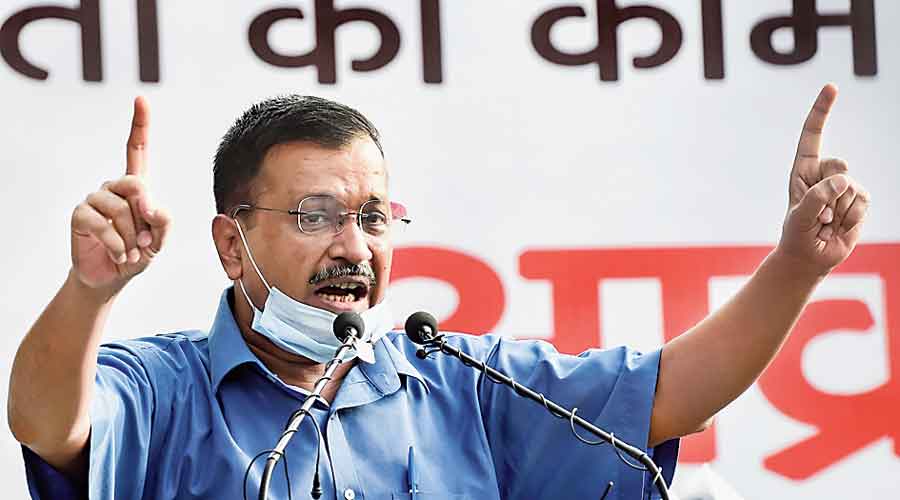 Making the announcements in the hill state where assembly elections are due next year, Kejriwal said his government has done it in Delhi and can do it in Uttarakhand also as the state generates power.

"These things are guaranteed if we come to power in the state. If we can do it in Delhi, then why can't we do it in Uttarakhand, which not only produces electricity but also gives it to other states," Kejriwal said at a press conference here.

"There will be no power cuts. Free electricity doesn't mean long outages. When we took over in Delhi 7-8 hours long power outages were common. We set that right," said the AAP leader who recently promised free electricity to every household in Punjab that consumes up to 300 units of power if his party forms government in the state next year.

Kejriwal had last year announced 100 percent subsidy to those who consume up to 200 units of electricity in Delhi. Consumers of 201-400 units received approximately 50 percent subsidy.

In Uttarakhand, he said, every household will be provided 300 units of free electricity if the AAP forms the government.

The freebies announced on Sunday are being seen as his attempt to woo voters and steal the ruling BJP's thunder by going one step ahead of it.

The AAP which has not been able to win a single seat in the state in the past elections has plans to emerge as an alternative to both Congress and BJP in the next assembly polls.

The AAP leader remembered how he and his ministers went door-to-door to get transformers and wires replaced.

He claimed that AAP workers touring different areas of Uttarakhand have found that exaggerated bills have been issued on a large scale to people "deliberately to dupe them".

"So we have decided to waive the old bills and start afresh if elected to power. We will also give free electricity to farmers for agricultural purposes," Kejriwal said.