A partial shutdown was observed across Kashmir against the crime 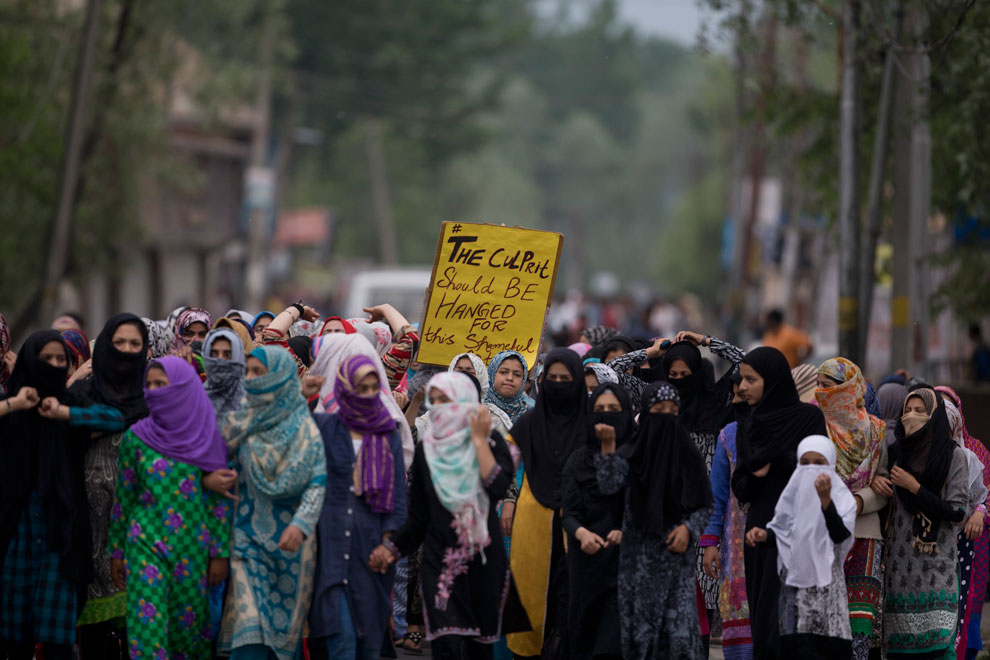 The rape of a three-year-old girl in Kashmir last week triggered violent protests in the Valley on Monday and prompted a rare call for the imposition of Shariah law so that the perpetrator could be stoned to death.

Sectarian tensions have gripped the Valley since the May 8 rape of the Shia girl in Sumbal, Bandipora. A school principal’s discredited certificate showing the accused as a minor, apparently to shield him, has worsened matters.

Police sources said a preliminary medical examination of the accused, Tahir Ahmad Mir, had revealed that he was not a minor and could be around 20. But the principal had stated his date of birth as July 23, 2009, making him just nine years old.

North Kashmir deputy inspector-general of police Suleman Choudhary said Mir had been arrested and charged with rape. But he added that the police were still awaiting the medical report.

“We have material evidence of rape and are collecting other evidence too, but the medical report is yet to come,” he told The Telegraph.

Choudhary said the school principal had been detained for questioning to ascertain the circumstances under which he had issued the certificate. The government has formed a special investigation team for a fast-track probe.

Former chief minister Mehbooba Mufti was among those who called for stoning the culprit to death.

“What kind of a sick pervert would do this? Society often blames women for inviting unwanted attention but what was this child’s fault? Times like these, Shariah law seems apt so that such paedophiles are stoned to death,” she tweeted.

Mufti Nasir-ul Islam, chairman of the Jammu and Kashmir Muslim Personal Law Board and the Valley’s Mufti Azam, echoed Mehbooba’s call to say there was a need to enforce Shariah law in such cases.

A partial shutdown was observed across Kashmir against the crime. Sectarian clashes broke out at several places, with the protesters seeking action against the accused as well as the principal.

At some places, Shia protesters waved the flags of the Lebanese militant group Hezbollah.

A police spokesperson said clashes at multiple spots on the Srinagar-Baramulla national highway had caused injuries to 47 security personnel, including a Sashastra Seema Bal assistant commandant who was hit by a stone in the head.

“However, the police maintained restraint. Seven miscreants too got injured but all are stable,” he said.

People’s Conference leader Sajjad Lone claimed the police had fired pellets but the force denied the charge, saying it had used only tear gas.

“Use of pellets against protesters protesting the rape of a 3 year old girl goes against all norms,’’ Lone tweeted.

Divisional commissioner Baseer Ahmad Khan released a video appealing for calm. “I am personally monitoring the inquiry and it will be concluded very soon…. Justice will be done and the culprit will be given severe punishment,” he said.