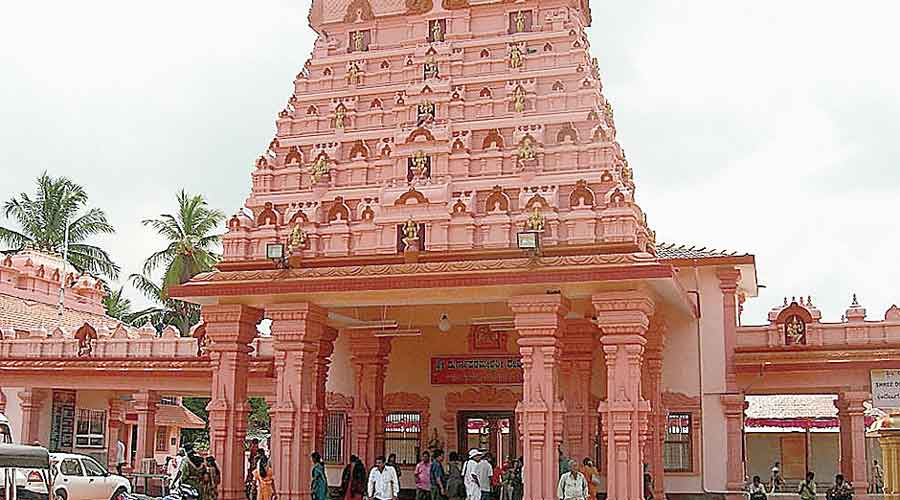 The ban on Muslim vendors at temple fairs has spread to more Karnataka districts with the organisers of the March-May annual festivals at the shrines choosing to follow a diktat from Hindutva outfits.

What had begun at a Shimoga temple and was followed by more in Dakshina Kannada and Udupi has spread to shrines in Tumkur, Hassan, Chikmagalur and other districts.

Among these temples are the famed Belur Channakeshava in Hassan, Siddhalingeshwara in Tumkur and even the 800-year-old Bappanadu temple, built by Muslim merchant Bappa Beary of Kerala and a symbol of communal amity that drew many non-Hindu prasada seekers. This season, for the first time ever, the temple banned Muslims from bidding for the leases to set up temporary retails at its festival venue.

The issue has been raised in the Assembly, with the state’s BJP government arguing that rules framed in 2002, when the Congress was in power, banned the leasing of land or buildings near temples to non-Hindus.

However, Congress MLAs and a lawyers’ body have claimed that Muslim vendors and traders are also being illegally kept out of streets leading to the temples. State law minister J.C. Madhuswamy had in the Assembly promised steps against any such trends, but there’s been little action on the ground.

Outfits such as the Vishwa Hindu Parishad and Hindu Jagarana Vedike had called for the ban citing a shutdown by Muslim shopkeepers against a Karnataka High Court judgment upholding the hijab ban at government educational institutions.

A banner urging temples not to lease stalls to Muslims had appeared outside the Bappanadu Durgaparameshwari temple in Dakshina Kannada. A similar banner has now been put up in Gonibeedu village, Chikmagalur, announcing that Muslim traders would not be allowed at the Subramanyeshwara temple fair on March 27.

Rule 31(12) of the Hindu Religious Institutions and Charitable Endowments Rules 2002 says: “No property, including land, building or sites situated near the institution (temple) shall be leased out to non-Hindus.”

However, Muslim traders have always been part of temple fairs in Karnataka, setting up stalls that sold anything from food to bangles.

The Bangalore-based All India Lawyers’ Association for Justice has written to chief minister Basavaraj Bommai that the government’s claim is untenable since Rule 31(12) doesn’t cover public roads.

It has cited the Supreme Court stay on an Andhra Pradesh High Court judgment that upheld similar provisions of 2003 that banned non-Hindus from participating in temple property auctions in Andhra Pradesh.