A memorandum demanding action was submitted to the varsity by the Hindu Jagran Manch after a video clip surfaced. 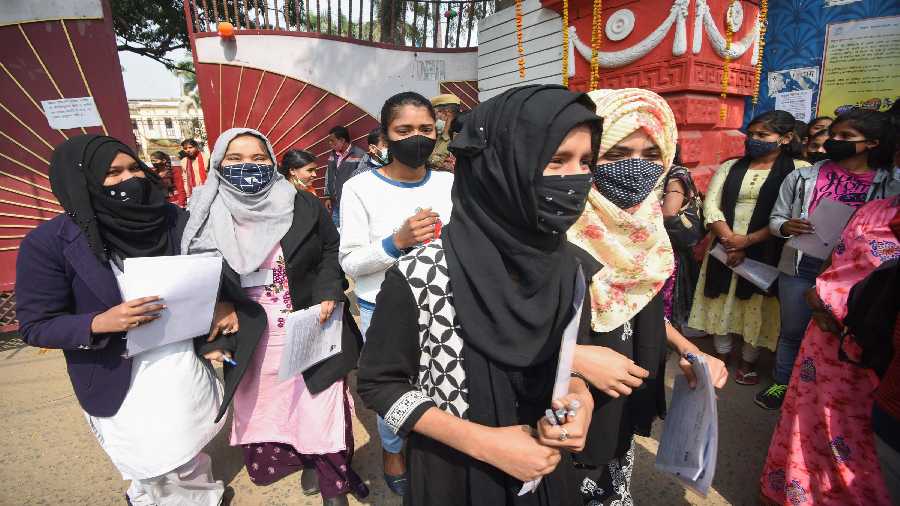 A video of a Muslim girl wearing a Hijab and purportedly offering namaz inside a classroom has prompted Dr Harisingh Gour University (HGU), a Central varsity, in Madhya Pradesh's Sagar to order an inquiry on the complaint of a right-wing organisation, an official said on Saturday.

A memorandum demanding action was submitted to the varsity by the Hindu Jagran Manch after a video clip surfaced.

HGU Registrar Santosh Sahgaura told PTI that a complaint has been received along with a video clip.

"A five-member committee has been constituted to look into this matter. The committee will submit a report within three days and further action will be taken based on this report," he said.

HGU Media Officer Vivek Jaiswal said there is no formal dress code for students on the campus of the educational institution but students must attend classes in "basic ethical dressing".

Hindu Jagran Manch's Sagar unit president Umesh Saraf told PTI that the girl in the video has been attending lectures wearing hijab for a long time.

Such religious activities should not be allowed in the educational institutions. She was coming in hijab for long but she was spotted offering Namaz inside the class on Friday afternoon. This is objectionable as educational institutions are a place for every religion. A complaint in this regard has been submitted to the vice-chancellor and the registrar, he said while referring to the Karnataka High Court verdict.

The Karnataka High Court on March 15 had dismissed the petitions seeking permission to wear hijab inside the classroom saying it is not a part of the essential religious practice in the Islamic faith.

The petition was filed by a section of Muslim students from the Government Pre-University Girls College in Udupi, seeking permission to wear hijab inside the classroom. The prescription of school uniform is only a reasonable restriction, constitutionally permissible which the students cannot object to, the High Court had said.

The Supreme Court on Thursday refused to accord urgent hearing on the pleas challenging the Karnataka High Court verdict.