'Only the government can decide on publishing the report' 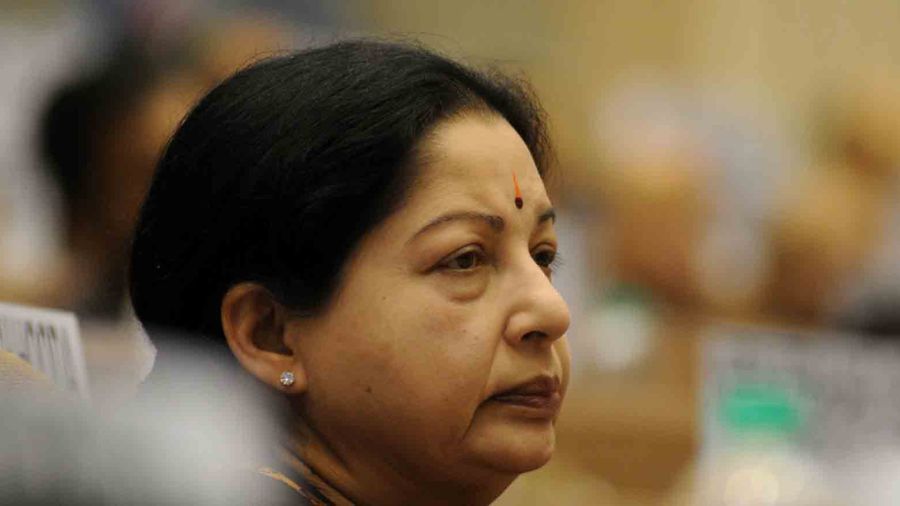 The much-awaited report of a panel that probed the circumstances surrounding late Chief Minister J Jayalalithaa's death, was on Saturday submitted to the Tamil Nadu government and it will be placed before the state cabinet in its August 29 meet.

Justice A Arumughaswamy, who led the probe while hearing over 150 witnesses, submitted the report to chief minister MK Stalin and said it was now up to the government to decide on making it public.

An official release from the state government said the CM has directed that the report be placed before the Cabinet meet on Monday and take "due action."

The ruling DMK had, ahead of the April 2021 Assembly polls in the state, promised a proper inquiry into the circumstances leading to the death of Jayalalithaa and initiation of legal action again 'anyone' found guilty.

The Arumughaswamy Commission of Inquiry, constituted by the previous AIADMK government, commenced it's hearing on November 22, 2017. The panel head is a retired judge of the Madras High Court.

Justice Arumughaswamy, who later spoke to reporters, said the 500 page report in English was prepared after hearing about 150 witnesses. The Tamil version ran up to 608 pages.

"Only the government can decide on publishing the report," he said, adding, all concerned aspects have been mentioned in the report and said it was a "satisfying" outing for him.

Aspects including Jayalalithaa's ailments and habits were looked into, while the report has "reference in two parts," including her being admitted to the Apollo Hospital here on September 22, 2016 for treatment. She died on December 5 the same year, after 75 days of hospitalisation.

Asked if there were "doubts on anyone," he said "that is the report," even as he repeatedly refused to divulge into the specifics, as it would amount to revealing the contents.

"I have written less, but mentioned the depositions of witnesses," running to many pages, he said.

He also said AIIMS, Delhi gave its report on Jayalalithaa's death three months after her demise.

Deepa and Deepak had raised suspicions over circumstances surrounding their aunt's death. V K Sasikala, confidante of the late Chief Minister had filed an affidavit through her counsel in 2018.

Her affidavit was related to, among other points, the circumstances leading to Jayalalithaa's hospitalisation.

During the recent proceedings, doctors from the Apollo Hospitals briefed through video-conferencing a medical board of AIIMS-Delhi specialists on the treatment provided to Jayalalithaa.

The AIIMS panel took part in the proceedings virtually to help the Commission handle medical aspects as per the Supreme Court's direction.

AIIMS: No lapse in Jaya treatment