Advertisement
Home / India / JNU students’ union president Aishe Ghosh speaks out amid efforts to save cops
'How did masked people from outside enter university?' 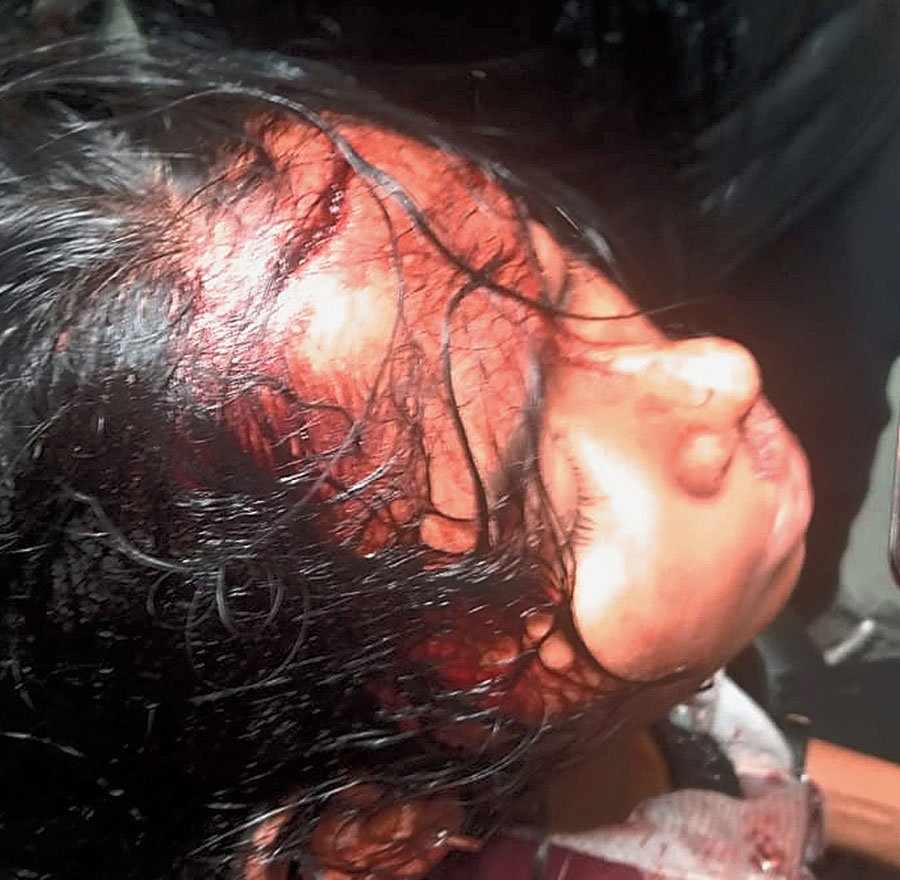 JNU students’ union president Aishe Ghosh on Thursday accused Delhi police of doing nothing to stop the January 5 campus attack on students and teachers by alleged ABVP supporters, reacting to a media report that said the force had exonerated itself of blame.

Ghosh, who had suffered a severe head injury during the rampage, issued a statement condemning the police’s role on the day after a report in The Indian Express said a police fact-finding team had given the force a “clean chit” over its response to the rampage.

“On the day of the violence, I had repeatedly messaged the then SHO (station house officer), an inspector of Vasant Kunj North PS (police station) and other police officials regarding the carnage and assembly of people with weapons,” she said.

“Despite repeated appeals, police had given a word that everything was fine. Then how did the masked people from outside enter the university and why wasn’t it stopped?”

A WhatsApp message from this newspaper to a police spokesperson seeking a reaction to the Express report and Ghosh’s claims went unanswered.

The news report paraphrased an unnamed police officer to say: “The fact-finding committee, after recording their statements, concluded that the campus had been on the boil through the day but the situation was brought under control with police intervention.”

On Thursday, Ghosh said: “The involvement of outsiders and their entry (through) the gate could have been averted if the police (had) acted in time. No action was taken even as stones were thrown at teachers which led to a female professor getting hit by a stone on the skull….

“The police (have) not arrested a single accused involved in that act of violence. The extent of police lethargy can be gauged from the fact that ABVP people blocked my exit route while I was to be taken to the hospital and nothing was done even after repeated pleas.”

The ABVP had at the time claimed that the hostel rooms of its supporters had been vandalised, and blamed Ghosh.

On January 10, the police held a news conference where they named Ghosh and eight others as suspects and released purported video grabs showing her standing near two students who had mufflers covering their faces.

But the ABVP was not named although two of its supporters were among the suspects identified.

A purported sting by India Today TV had at the time seemed to indicate a planned attack. It showed a first-year BA student of French — Akshat Awasthi, previously seen at ABVP protests — appearing to claim he had been part of efforts to mobilise around 20 JNU students and an equal number from outside to attack Left supporters.

Awasthi purportedly claimed that a police officer had encouraged him to attack students’ union supporters and added that the police had switched off the streetlights outside the campus so that goons could be brought in under the cover of darkness.

Asked about the police’s role, Aswasthi had apparently replied with a question: “Delhi police kiski hai (belong to whom)?”

Outside the campus, The Telegraph had witnessed the police standing by as goons heckled CPI general secretary D. Raja, his wife and party colleague Annie Raja, and activist Yogendra Yadav and roughed up several passers-by. The streetlights were off at the time.