The restrictions had earlier been relaxed for two hours from 3.30 pm to 5.30 pm on Wednesday for the first time in a week 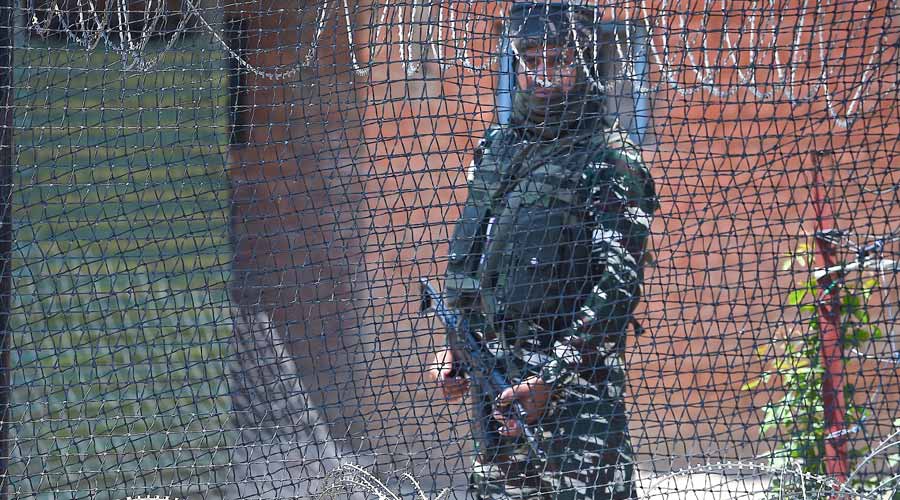 Curfew was relaxed for three hours on Thursday morning in Bhaderwah town of Jammu and Kashmir's Doda district as situation remained relatively peaceful with no untoward incident, officials said.

Shops and business establishments reopened around 9 am, immediately after authorities announced the relaxation in the curfew that was imposed on June 9 following communal tension triggered by the remarks on Prophet Mohammad by BJP spokesperson Nupur Sharma, who was later suspended, and social media posts by some local right wing activists in her support.

The curfew had earlier been relaxed for two hours from 3.30 pm to 5.30 pm on Wednesday, for the first time in a week.

Deputy Commissioner, Doda, Vikas Sharma, who along with SSP Doda Abdul Qayoom is camping at Bhadarwah for the last seven days to monitor the situation, appealed to the people to maintain communal harmony and assured them all restriction will be lifted soon.

"The curfew was imposed as a precautionary measure to avoid any untoward incident but I am glad residents of this beautiful valley behaved in a mature manner.

I hope they will not fell prey to nefarious designs of a handful of miscreants and will maintain age-old communal harmony and mutual brotherhood for their better future," Sharma said.

"We have already lifted the restrictions in Doda, Thathri, and Gandoh towns and I assure if people here behave well, the remaining restriction will be eased soon as during this peak season of Tourism, we want to see visitors not the security forces," he added.

With the news of the relaxation, people in considerable number rushed to the markets in elation.

They demanded complete withdrawal of restrictions from the town and restoration of the broadband and mobile internet services, which remained suspended in the entire Doda and Kishtwar districts for the eighth day.

We are supplying Milk and milk products to the people living in the town but in past seven days, we have not been able to earn a single penny, Shoukat Ali, a resident of Jai Meadow in the outskirts of Bhaderwah town, told PTI.

He said over 200 nomadic families earn their livelihood supplying Milk to the people in the town and they have suffered huge losses since the clampdown.

Manzoor Ahmad, a labourer from Marwah, said he has been unable to earn a living since the curfew began.

Bhaderwah Municipal Committee councillor Puneet Mehta expressed his incredulity at the long curfew in the town, ruing the setback to tourism.

There is no justification for the prolonged restrictions. There was no clash or damage to public or private property. Instead of taking stern action against a few people involved in vitiating the peaceful atmosphere, the whole town was held hostage by imposing strict restrictions, he said.

He demanded immediate lifting of the curfew that allows normal activities necessary for the revival of tourism after a gap of three years.

Social activist Muzamil Yazdan advocated for restoration of internet services for the benefit of the students and job aspirants.

The NEET examination is scheduled for June 23 and the last date to file an application for the post of accounts assistant (panchayats) is also June 23.

We demand for early restoration of at least the fixed line internet services, he said, urging the government to facilitate students by opening special counters with internet connections till restoration of the service.