A Memorandum of Understanding was signed by the chairman of the task force A.K. Rastogi, on behalf of the Jharkhand government 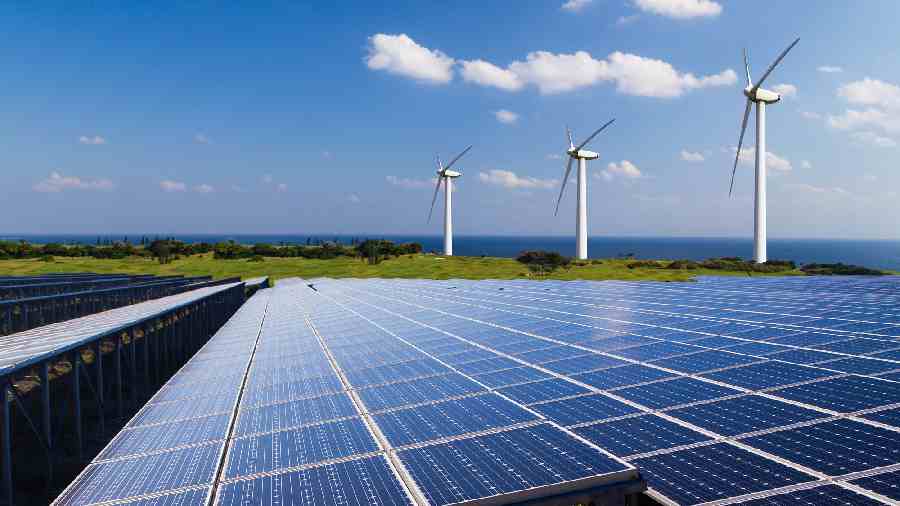 According to the MoU, CEED will provide hand-holding support in its functions and mandates of the task force.
File picture
Animesh Bisoee   |   Ranchi   |   Published 08.12.22, 04:17 AM

The Sustainable Just Transition Task Force, constituted by the Jharkhand government last month, has appointed the Centre for Environment and Energy Development (CEED) as a knowledge and technical partner.

A Memorandum of Understanding (MoU) was signed by the chairman of the task force A.K. Rastogi, on behalf of the Jharkhand government, and CEO of CEED Ramapati Kumar on Wednesday in Ranchi on the sidelines of the second meeting of the task force.

According to the MoU, CEED will provide hand-holding support in its functions and mandates of the task force.

Announcing the partnership, retired forest official Rastogi said: “CEED is an institution of repute in the sustainable environment and clean energy sector with a strong presence in the state and we are glad to engage it for providing knowledge management support to the task force and help out in conducting consultations, coordinating with and undertaking capacity building of key stakeholders.”

He further added: “I am sure that CEED as a technical partner with its commitment and professional approach will contribute immensely in achieving the stated goals of the task force.”

CEO of CEED Ramapati Kumar said: “It is really a matter of pride and joy for us and we are excited to assist the task force in achieving its objectives. CEED with its professional expertise and integral approach will try to meet these expectations. Over the years, CEED has supported key departments and agencies of Jharkhand in the creation of cross-sectoral roadmaps on energy transition, clean air action plans and sustainability-based reports to enable it becoming a frontline state on sustainable development pathways. I am hopeful that the task force with its remarkable mandates will set the benchmark for other states for taking initiatives on just transition in India.”

Significantly, the Jharkhand government had constituted the task force in light of achieving India’s net-zero emission target by 2070 and achieving a 500 GW non-fuel target by 2030.