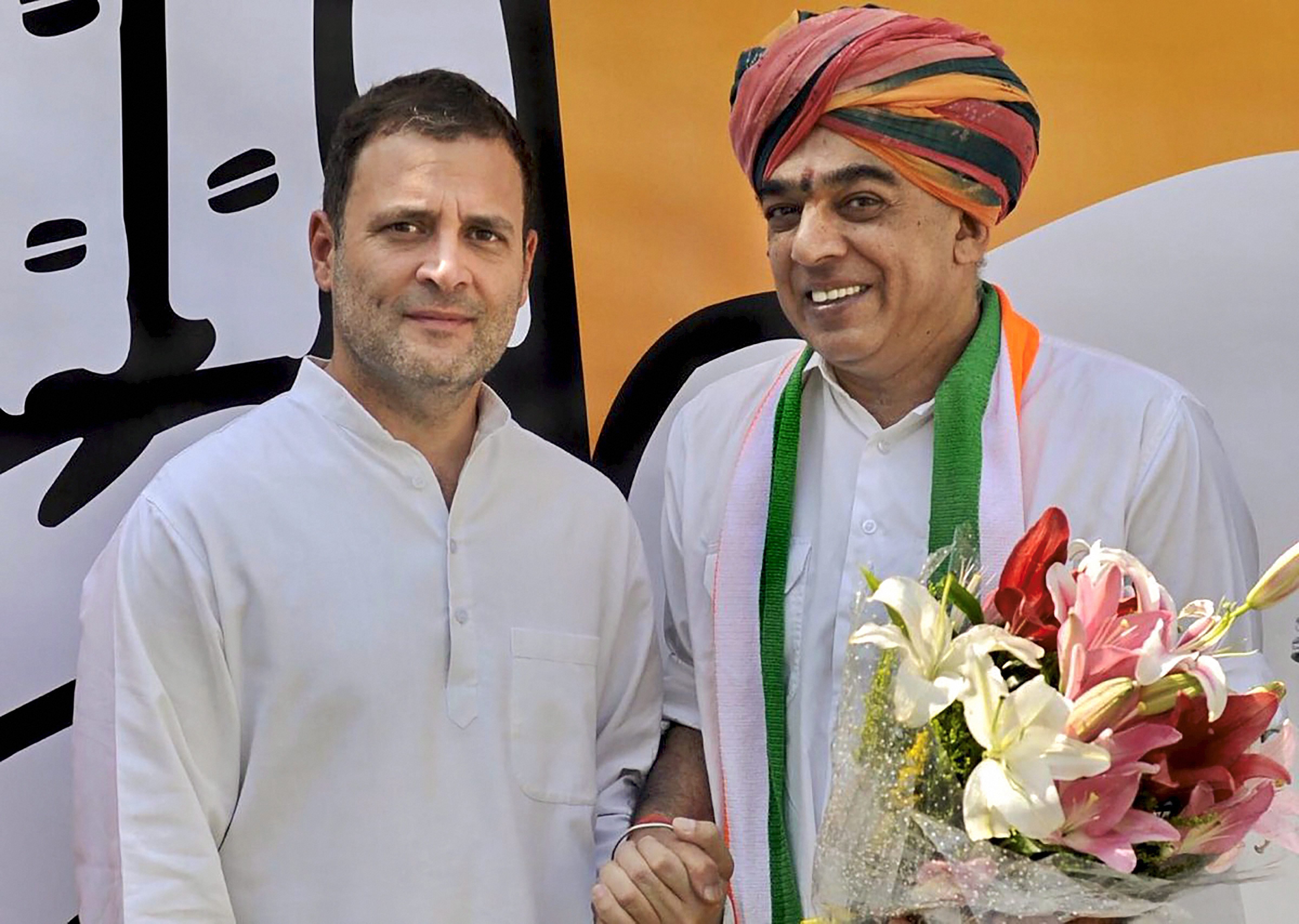 Rajasthan BJP MLA Manvendra Singh, who is the son of former Union minister Jaswant Singh, joined the Congress on Wednesday ahead of Assembly elections in the state.

The party announced the move at a press conference.

Congress leaders believe his joining the party will help bring in Rajput votes in the Assembly polls.