Call it the Special Protection Growl. 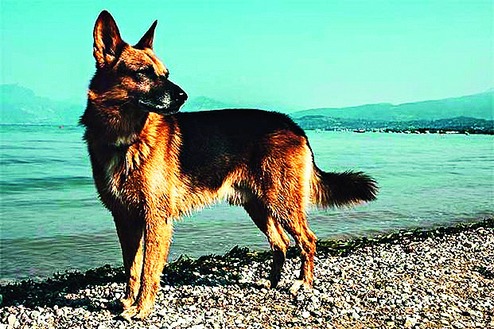 India has obtained elite sniffer and attack dogs from Israel to add teeth to the security of Prime Minister Narendra Modi, sources in the security establishment have told The Telegraph.

As fellow Special Protection Group protectees, Sonia Gandhi and Rahul Gandhi too would in principle be entitled to the crack canine cover, as will Priyanka Gandhi Vadra and her clan and former Prime Ministers and their families.

A senior security official said around 30 "attack dogs, bomb sniffers and chasers" had been imported from Jerusalem over the past one year.

"The new four-legged recruits to the SPG are considered the best in the world in sniffing out explosive booby-traps," the official said.

He added that these canines - Labradors, German Shepherds, Belgian Malinois dogs and a fourth "rare breed" he wouldn't identify - were also very effective in combat.

"They are part of the Israeli defence forces' ace canine unit. They are discharged from military service at the age of 10 and are adopted by their handlers," another official said.

He stressed that all the imported dogs were of service age. "Because of a heightened threat perception, we wanted to beef up the Prime Minister's security."

Modi had last month become the first Indian Prime Minister to visit Israel. During his three-day trip, he and his Israeli opposite number, Benjamin Netanyahu, had discussed several military and cyber-security deals, including drone missiles and a new, jointly built missile defence system.

It's not clear whether they had touched upon fanged fortification.

The security official refused to reveal the cost of the procurement of the dogs on the plea that issues surrounding the Prime Minister's security are a closely guarded affair.

It's usually the Indo-Tibetan Border Police that trains the SPG's sniffer dogs. The paramilitary border force's dog-training centre at Bhanu in Chandigarh is considered the best in the country. The training period is normally of 24 weeks.

"Israel is also helping us upgrade the dog-training centre," an ITBP official said.

On an average, the border force trains a batch of 24 SPG dogs every six months.

"During the training period, these dogs are given special food and kept in a hygienic environment. They are provided good facilities, including a swimming pool, and undergo regular medical check-ups," the official said.

"The SPG ensures that all its dogs are young. Those weeded out after they attain a certain age are sent to the other central paramilitary forces."

Sources said the Prime Minister's Office had recently asked the Union home ministry and defence ministry to formulate a common training programme to upgrade all the military and paramilitary dog squads to the levels of the SPG's canine units in 10 years.

The SPG was set up in 1984, a year after the assassination of Prime Minister Indira Gandhi. It has over 10,000 personnel, drawn mostly from the Border Security Force and the Central Reserve Police Force.